The bizarre idea of remaining in the EU Customs Union and handing over control of UK trade policy to the EU while not being an EU member, continues to dominate the Brexit debate. A Financial Times editorial this week argued that this was worth handing over our trade policy to solve the Irish border issue and to help firms with UK_EU cross border production chains.

The bizarre idea of remaining in the EU Customs Union and handing over control of UK trade policy to the EU while not being an EU member, continues to dominate the Brexit debate. A Financial Times editorial this week argued that this was worth handing over our trade policy to solve the Irish border issue and to help firms with UK_EU cross border production chains. We have argued that these border issues can be dealt with using modern technology. No lorries need to be delayed or stopped at any border, so no need to hand over our trade policy, tariff setting, product regulations etc to an external government.

This week’s prize for Remainer over-excitement goes to EU Agricultural Commissioner and former Irish Government Minister, Phil Hogan, who said this week that, “Britain needed to soften its red lines to come to some form of customs arrangement to avoid the return of a hard border in Ireland. Or do the Brexiteers want to carry on the on the civil war until there’s not a building left standing on the other side. Is this the sort of victory they seek? If so, they don’t only endanger the UK’s economy but its society also”.

Our views on the Irish Border were set out in a Daily Telegraph article entitled: “In their desperation to stop Brexit, Remainers are peddling rubbish about Ireland”, authored by Graham Gudgin and Ray Bassett former Irish ambassador to Canada. https://www.telegraph.co.uk/politics/2018/04/26/desperation-stop-brexitremainersare-peddling-rubbish-ireland/.

It begins: “In the last few months, the issue of the Irish border has been used and abused by those who see it as the best last hope to frustrate Brexit. Yet very few of those who have expressed grave concern over the matter have spent much time familiarising themselves with the details. The issue is complicated but it is not insoluble…” . This article follows on from Graham’s www.briefingsforbritain.co.uk blog on the Irish border: https://briefingsforbritain.co.uk/where-are-we-on-the-irish-border/

You may also be interested in Robert Tombs’ article defending the importance of Western Civilisation in The Times this week. https://www.thetimes.co.uk/article/liberals-are-undermining-western-civilisation-p6xzpqcd6 . Our recent blog by John Howard, the longest serving prime Minister of Australia (see below) also made the Daily Mail.

Mr George Walden, formerly a distinguished diplomat and sometime Member of Parliament, in an article entitled ‘Who are the patriots now?’ published in the Times Literary Supplement on 23 March, accused what he called ‘the “brains for Brexit” camp’ — clearly referring to the ‘Briefings for Brexit’ group — of ‘silence’ on the question of immigration – a silence, he said, that ‘impugned the judgement of the voting masses.’  He concluded that ‘Playing the populist defender while being sniffy about popular thinking is an inglorious intellectual posture.’

In a reply published on 20 April, Robert Tombs pointed out that ‘this might be a shrewd criticism were it accurate.’  In fact, far from being ‘silent’ on the issue, two of the major articles with which we launched our website in February were on immigration: a general discussion by the Oxford demographer Professor David Coleman, and a detailed analysis by the social reformer Pamela Dow of the effects of ‘free movement’ on social inequality. Both can be read on the website.

He writes in support of Brexit:

“It was perhaps impertinent to have done so, but prior to the Brexit vote in June 2016, I expressed the view that the United Kingdom should leave the European Union.  I was therefore pleased with the outcome.

Britain’s accession to Europe in the 1970s, involving as it did the loss of preferential trading arrangements for Australia, did hurt Australia.  Particularly hard hit were Australia’s efficient farmers.  Fortunately, mineral discoveries and the emergence of Japan as a major trading partner would, over time, more than replace lost British markets.  Nonetheless, the nations of the European Union continued to impose discriminatory trade restrictions on Australian exports, as they did on many other countries.

It is barely surprising that migration played a role in the decision of the British people in June 2016.  There are daily reminders to Europeans of the refugee challenge coming out of the war devastated areas of the Middle East.  All nations have humanitarian obligations.  Equally all nations have a right to maintain a migration policy conducive to national harmony.  The tension between these two considerations continues to be acute for many European countries.

Australia has long run a large immigration program.  Our experience has been that the Australian people will continue to support high levels of immigration if they are satisfied that the composition of the migrant intake serves the national interest.  This means that new migrants should have the appropriate balance of skills, and demonstrate a willingness to integrate readily into the local community.  Support for Australia’s non-discriminatory immigration program only waivers if Australians feel these criteria are not being met, or that in some way the Government has lost control of the immigration.

The Government proposes in the European Union (Withdrawal) Bill to exclude the European Charter of Fundamental Rights from domestic law. (The Charter is not the same as the European Convention on Human Rights which the UK proposes to retain). A House of Lords amendment in the debate on the Withdrawal Bill on April 23rd proposed to include the Charter which covers such things as the rights of the child, the elderly and disabled as well as the right to healthcare and to the protection of the environment. The reasons given for inclusion are firstly that the Withdrawal Bill is not intended to introduce radical policy changes, and secondly that Charter does more than merely duplicate rights protected elsewhere (as the Government claims). Thirdly those supporting inclusion of the Charter were suspicious of Government motives regarding human rights. In this article we reproduced her speech, and outlined her reasons for opposing the retention of the Charter.

Baroness Deech concludes: “For these reasons a vote for these amendments to keep the Charter amounts to a vote of no confidence in the ability of our judges and this Parliament to make and interpret the law.”

Orwell’s People and the People’s Brexit by Robert Colls 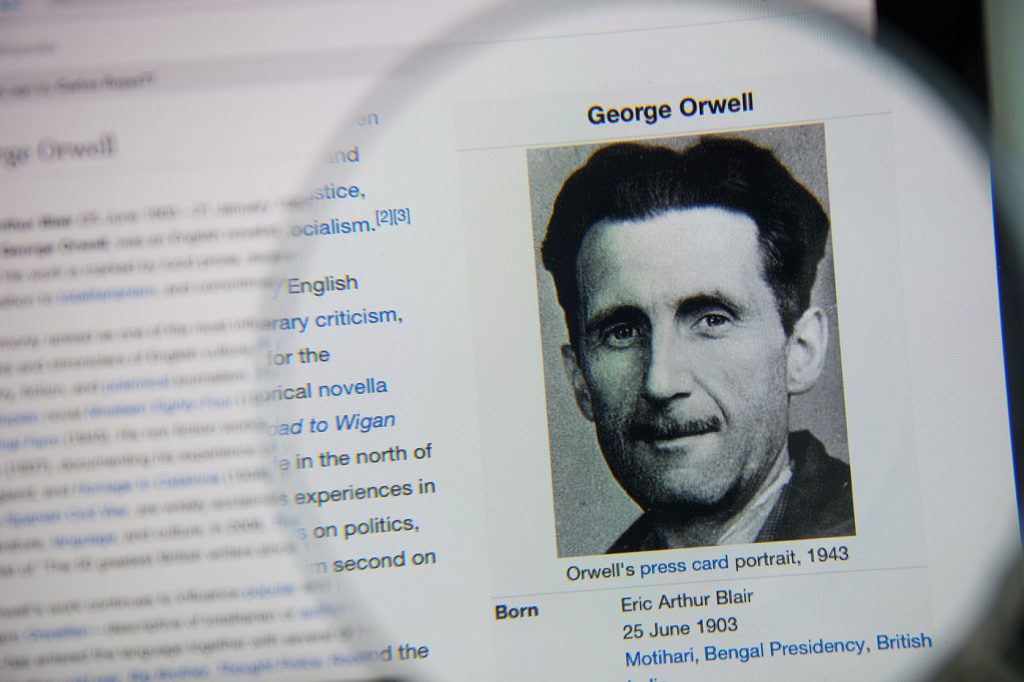 Robert Colls,  Professor of Cultural History at De Montfort University, speculates on what George Orwell might have thought of Brexit:

Orwell’s least good invective, I guess, would have been reserved for those who have not been slow to express their condescension for those who voted leave.  I can see Orwell’s depiction now of that tribe of ‘progressives’ (opinions from Portland Place, cooking from Upper Street), making their dreary way, drawn to Brussels like bluebottles to a dead cat.  One minute decrying the banks for bringing us to the cliff edge, the next minute shocked and afraid of the very same banks’ warnings about the dangers of a cliff edge that is not their cliff edge, we can be sure that as a connoisseur of the type, Orwell would have made note.  He never liked the intellectual left’s severance from the common culture of the country largely because he himself felt cut off. 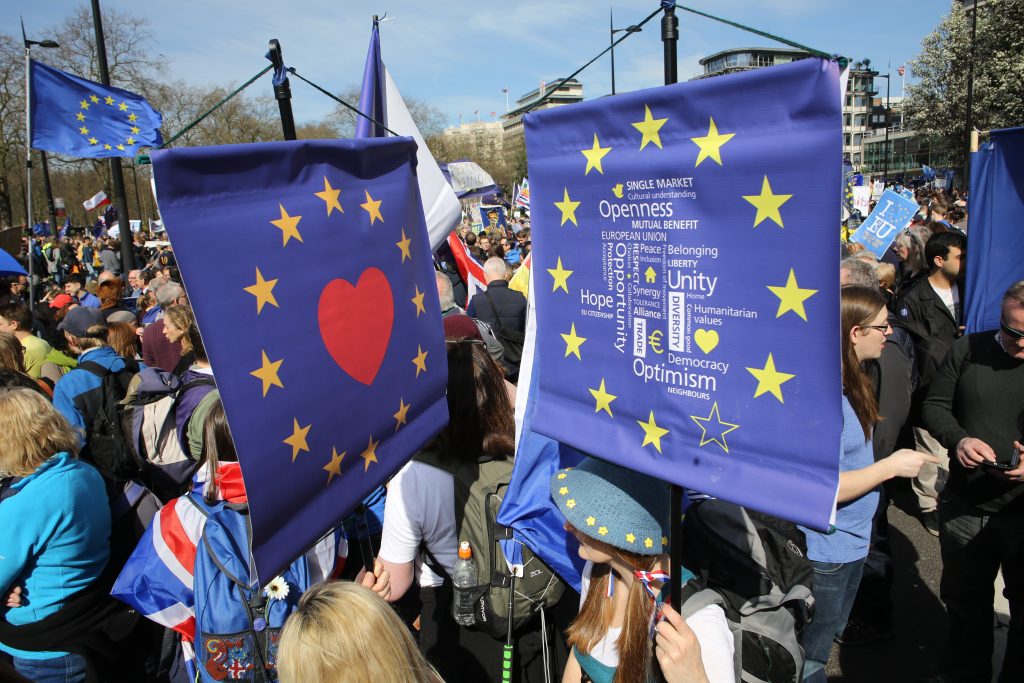 Our tweets have reflected the news events of the week. Kate Hoey @KateHoeyMP picked up on the customs union debate saying: “That is precisely why people voted to Leave the EU including the Customs Union. #leavemeansleave.” While John Mills @John_Mills_JML said: “Misstep or otherwise, the Home Secretary’s suggestion that customs union membership is still on the table is a deeply worrying sign.”

Owen Paterson MP @OwenPaterson agreed putting it very clearly by quoting from a CityAM article written by Graeme Leach: “The EU “customs partnership” is one of the most half-baked ideas in history.” You can read the article here: http://www.cityam.com/284713/eu-customs-partnership-one-most-half-baked-ideas-economic

You can catch up with all of our posts on Facebook.

We know you are reading our posts, and by the number of views we are getting you are in all likelihood telling others about our content. Keep flying the Brexit flag.

We want you to share links to our quality content so that others can understand how Brexiting the EU can be good for the UK economy and for our own democratic governance. By sharing our content and articles we hope that we can increase public understanding of the real impact of Brexit on the UK.

We aim to educate our critics to think differently and more positively about the long term impact of Brexit.