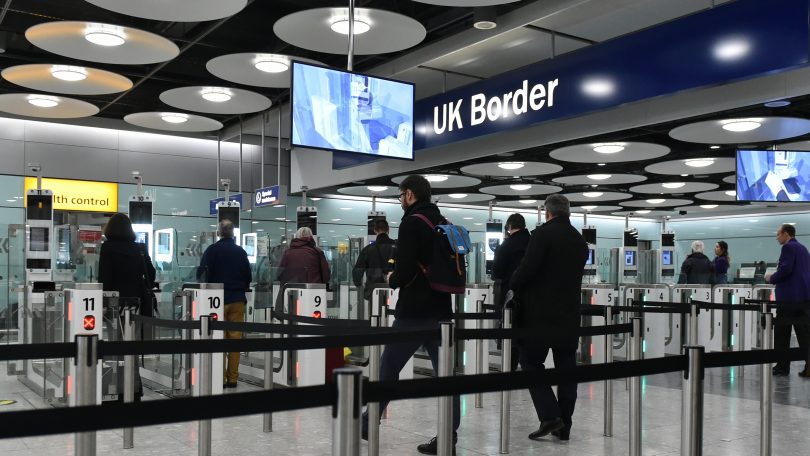 Labour’s new position on the customs union is the worst of all worlds.

When it comes to the customs union, the United Kingdom has three realistic options: (1) the UK stays in the European Union where it can exert some influence on external trade through EU political institutions;(2) the UK leaves the EU and the customs union in order to use its new position of independence as the world’s sixth largest economy to forge trade deals like any other major country; (3) the UK leaves the EU, losing political influence, but stays in the customs union, committing it to the EU’s trade policy. Labour’s position (3) is no influence and no independence on trade policy.

Customs unions are rare internationally because they entail a substantial surrendering of sovereignty. They require members to give up their ability to set up their own external tariffs. It is quite telling that not even the EFTA countries like Norway, Iceland, and Switzerland are in a customs union with the EU. This has allowed them to forge separate trade agreements with countries with which the EU currently doesnot have free trade agreements, such as Japan and China.

Staying in the customs union as a temporary, pragmatic measure would be understandable, but it is a massive missed opportunity to allow the UK’s trade policy to be set by an external organisation with which the UK will have no influence. Australia’s High Commissioner put the situation best this week:

‘If you leave the EU but remain in the Customs Union and the Single Market, you won’t have  a say in the EU making trade policy nor will you have a say in EU running the Single Market because you won’t be part of the decision-making process. So what does that mean to us on the outside? It basically means we will focus our energy on Brussels, not on London because London is not a decision-maker anymore…

I mean, it’s up to you. I’m not going to tell you what you should do. But I will tell you this. Australia would never contract out its trade policy or the regulations or management of its internal economy to a group of other countries. We wouldn’t do it.’

Perhaps aware of the weakness of Labour’s position, Shadow International Trade Secretary Barry Gardiner emphasised that Labour would insist that the UK government had a say in future EU trade deals if it were to be in a customs union arrangement. This seems to be an impossible ask. Why would the EU agree to Britain going from being one voice out of 28 on EU trade policy to being some kind of co-equal partner? Quite rightly, big EU memberstates like France and Germany would protest if the United Kingdom was seen to have some kind of veto or enhanced say over future EU trade deals.

Instead, the more likely outcome of Labour’s position is that the United Kingdom would be trapped to accept all EU trade policy without any substantive role in shaping the deals. In effect, Labour is committing to a policy which would allow the EU to sell access to British markets without our control. If the European Union wanted to strike a trade deal which damaged British industries, the British government would be powerless to stop them.

Furthermore, staying in the customs union inhibits a future Labour government from pursuing a more humanitarian trade policy. Before the creation of the Single Market with the Single European Act 1986, championed by Margaret Thatcher, objection to the customs union’s impact on the developing world was one of the centrepieces of Labour euro-scepticism.

When the United Kingdom first applied to join the European Common Market in the 1960s, former Labour prime minister Clement Attlee spoke in the House of Lords against membership. His objections were made on two bases:

For all of the high internationalist rhetoric, the European Union is a protectionist club that has devastated the economies of some of the poorest countries in the world, especially in Africa. From the perspective of many British people who have family ties to countries in other parts of the world (especially the Commonwealth), there has long been a sense that Britain’s membership of the EU has provided special privileges for (mainly white) Europeans while leaving behind those who have longer-standing ties to the country. These include many people whose own family members fought for and with Britain (rather than against it) in the wars of the 20th century.

During the 1975 referendum, one of the staunchest opponents of Britain remaining in the EU was the Labour minister for international development, Judith Hart. Hart, who was MP for Clydesdale, regarded the EEC as a ‘neo-colonial’ institution whose trade policies were harming the poorest countries in the world. While Britain remains in the customs union, a Labour government could not pursue a trade policy which helped to support these developing economies, especially those in the Commonwealth. Barbara Castle famously argued in the 1975 Oxford Union debate, ‘The largest and poorest countries…are left out of this circle of privilege because their membership will not suit the trading interests of the European bloc…This isn’t the language of internationalism…It is euro-jingoism’.

Since the vote to leave in 2016, some of the biggest celebrants of Brexit were leaders of developing countries and the Commonwealth, believing that the United Kingdom would be better placed to forge new, fairer trade deals. Emerson Mnangagwa, who replaced Robert Mugabe as president of Zimbabwe, has celebrated Brexit as ‘a good thing’ for the prospects of international trade it brought to Africa. Tanzania and Uganda have both rejected an EU-East African trade deal out of concerns that EU was imposing an excessively high level of liberalisation.

A future Labour government, outside of the customs union, would be in a position to pursue more humanitarian trade policies, which sought to use trade as a means of furthering development, rather than exploiting vulnerable economies. For Jeremy Corbyn, a man who has prided himself on his internationalism, whose focus has been on championing the poor in Latin America and Africa, this kind of trade policy must be an enticing prospect. Labour’s pro-customs union policy is deeply incongruent with his aspirations.

So, what explains Labour’s self-defeating policy position? The announcement is a compromise which placates some Labour MPs and members who were growing impatient with Labour’s strategic ambiguity over Brexit. At the same time, this policy announcement does not undermine the main thrust of the referendum vote (control over immigration), by avoiding committing Labour to Single Market membership. It was, therefore, acceptable to Labour MPs in Leave-voting constituencies (a majority of Labour MPs) who believe, quite rightly, that the party must not agree to any new arrangement which continues EU free movement. In addition, the stakes are raised in the near-term, as the issue could conceivably bring down Theresa May’s government. Labour wants an election sooner rather than later. It is a bad policy, but as long as Labour never implements it, it is good politics.