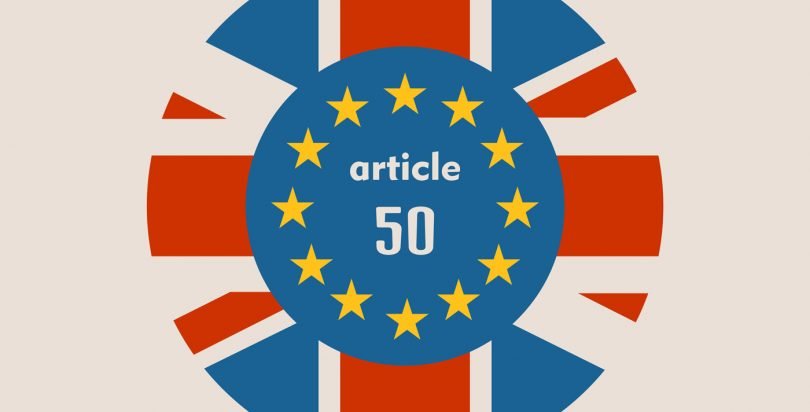 The EU often boasts that it is an organization based entirely on law. Yet it has flagrantly ignored letter and the spirit of its own treaties in its recent dealings with the UK, which are nothing short of a disgrace.

(1)  Paragraph 2 of the negotiators’ report “State of Play of the Negotiations under Article 50 TEU on the Withdrawal of the United Kingdom from the European Union” states that the full text of the Withdrawal Agreement is “subject to legal verification”.  That means inter alia that it should be judged by the extent to which it complies, or fails to comply, with the provisions of Article 50, which sets out the procedure for withdrawal from the EU.

(2)  As clearly emerges from the final paragraph of the introductory section of the initial Guidelines of April 29, 2017, “the European Council (Art 50)”, i.e. with the UK absent –  have chosen to depart radically from those provisions from the outset.  Instead of just furnishing guidance as to how the Union is to negotiate and conclude an agreement with the UK, the Guidelines state that the Council will “remain permanently seized of the matter”.  Quite apart from its variance from the terms of Article 50, this approach represents a significant shift in the balance of the Article, to the disadvantage of the withdrawing state.

(3)  Paragraph 25 of the April 29 Guidelines states that “until it leaves the Union, the UK remains a full Member of the European Union, subject to all rights and obligations set out in the Treaties, and under EU law, including the principle of sincere cooperation”.

(4)   This insistence that the UK remains a full member until the moment of leaving the Union has far-reaching implications in the first instance for the interpretation of the obscure and potentially contradictory wording of Article 50 TEU,  but also in relation to the Treaties in general.  There has been no noticeable recognition by our partners of this point.

(5)  It would be difficult, moreover, to maintain that our partners have respected the principle of sincere co-operation in their dealings with us over our withdrawal.  Their attitude throughout the negotiations has for the most part been one of cold inflexibility. This is evident from the outcome.  As can be seen from a comparison of the text of the Guidelines of April 29, 2017, with the draft Withdrawal Agreement itself, our partners have made very few concessions of significance.  The movement has been almost entirely on the UK side.

(6)  Experience of how our partners have approached the negotiation of the Withdrawal Agreement, combined with the wording of the Guidelines of April 29, 2017, cannot but raise serious doubt about the prospects for any fruitful outcome from the discussion of our future relationship.

(7)  The clearest illustration of disregard of the provisions of Article 50 in the April 29, 2017, Guidelines is the insistence on “a phased approach to the negotiations” (Section II).  Paragraph 2 of Article 50 provides that “the Union shall negotiate and conclude an agreement with the withdrawing State, setting out the arrangements for its withdrawal, taking account of the framework for its future relationship with the Union”.  In her letter “triggering” the Article 50 process, the Prime Minister made the eminently sensible comment that “we believe it is necessary to agree the terms of our future partnership alongside those of our withdrawal from the EU”.  M Barnier summarily rejected this as “too risky”.

(8)  Instead our partners have countenanced no procedure other than their own chosen approach, in which they have appointed themselves sole judge, on the basis of their own (unpublished) criteria, of whether “sufficient progress had been made in the first phase “to allow negotiations to proceed to the next phase”.  The arrogance and discourtesy of this attitude speak for themselves.

The sentence is inaccurate in two respects.  First, Article 50 speaks without qualification of negotiating and concluding an agreement.  While it may be true that an agreement cannot technically be “finalised” until the UK is a third county, it is not the case that it cannot be “concluded”.  In any case “Conclusion” is required by the terms of paragraph 2 of Article 50.

(10)  Secondly, the use of the word “requires” intransitively is curious.  What follows it suggests that the framework clause applies to “the arrangements for withdrawal”, when in fact it applies to the negotiation and conclusion of an agreement setting those arrangements out, which is a very different matter.

(11)  Unhappily this double inaccuracy is reproduced in the second sentence of paragraph 2 of the “State of Play” document.  This in turn leads to the erroneous contention in paragraph 3 that “this link is provided for within the draft Withdrawal Agreement”. To that extent, the Withdrawal Agreement is flawed

(12)  It was obvious from the outset that unique questions were raised by the border between Ireland and Northern Ireland.  It was no less obvious that the manifold complexities and sensitivities demanded that settlement of these questions should be sought pragmatically.

(13) There could be no better illustration of the crucial importance of the spirit of the law, as the necessary concomitant of the letter of the law, of l’esprit communautaire as the complement of l’acquis communautaire. Most regrettably, the former, which was a prominent feature of the EEC, not only at the outset in 1957, but also at the time of UK accession in 1973, has been crushed by the growing weight of the latter.

(14)  In patent disregard of the much-vaunted principles of Proportionality and Subsidiarity, our partners have insisted on treading on a delicate specific situation with all-purpose hob-nailed boots.  They have thereby shown the European Union of today to be travesty of what Schuman and Monnet originally envisaged.

(15)  At the conclusion of the European Council meeting in September 2018, President Tusk confirmed that “there will be no Withdrawal Agreement without a solid operational and legally binding backstop”.  It would test to their utmost the powers of satire of Swift or Voltaire to do justice to the “backstop” situation which our partners have thus created.

(16)   In order to deal with a future contingency which every responsible person concerned hopes fervently will never arise, our partners are demanding that the UK government should give undertakings and accept conditions involving serious infringements of national sovereignty and integrity which no democratic government could possibly give without the agreement of the legislature.  That agreement in turn could not be responsibly given unless there was full assurance as to the content of the future relationship between the UK and the European Union.  Were there to be such assurance, there would be no need for a backstop.

(17)  Yet this absurd circularity is not all there is to it.  The question of a backstop has not arisen autonomously or endogenously.  It has arisen only because our partners have played fast and loose with the provisions of Article 50, notably in four respects, described successively in paragraphs (2), (4), (7) and (9)-(10) above.

(18) The attitude adopted by the EU would be bad enough if it related to a third country with no previous involvement in EU affairs. To adopt it in the case of the UK,  a country which has been a member for forty-five years; which has been major contributor, not least financially, to the life and work of the EU; which is now doing no more than exercising its rights under the terms of the Lisbon Treaty; and on whose tradition of international responsibility and good will it will be heavily dependent in years to come, is nothing short of a disgrace.