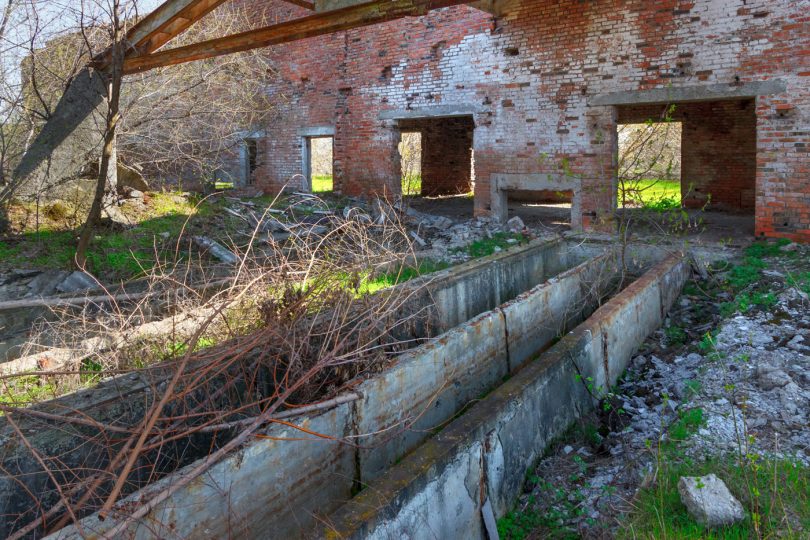 Mrs May has written a letter to the British people to garner support for her Withdrawal Agreement: “We will be out of EU programmes that do not work in our interests: out of the Common Agricultural Policy that has failed our farmers,” she claims. “Instead, we will be able to design a system of agricultural support that works for us.” Nothing could be further from the truth. She has agreed a ‘deal’ which surrenders our green and pleasant land and our farmers to perpetual control by the EU on the most disadvantageous terms possible. The Withdrawal Agreement, if passed, will be the final nail in the coffin for many British farmers.

We have heard plenty about how under the terms of the Withdrawal Agreement Theresa May is selling out UK fishermen and breaking her promises to ‘take back control of our waters’. Article 130 as well as the ‘backstop’ make tough reading for our seafarers. But people don’t seem to realise that the PM’s ‘deal’ also consigns British farmers to perpetual EU control as second-class rule-takers, forced to align totally with EU regulations and the Common Agricultural Policy, which has always been skewed in favour of French farmers, and will become even more so.

The Withdrawal Agreement actually gives overall control of British farming to the EU and exposes the UK to the risk of a serious loss of agricultural capacity by making it impossible for British farmers to compete with those in the EU. A level playing field it is not. And it only tilts one way.

This subjection to Brussels is set out in each part of the Withdrawal Agreement.

In plain English, this means that not only will the UK most emphatically NOT take back control of agricultural policy, it will be forced by the WA to keep support for British farmers at a level LOWER than that afforded to their EU27 competitors: 2019 rates must apply from 2021 for however long the transition continues. This is patently unfair, allowing the EU to subsidise EU farmers at a higher rate through the CAP whilst maintaining tariff-free access to the UK market. British farmers will be placed at an even greater disadvantage vis-à-vis their EU competitors than they already are under full EU membership (CAP subsidy levels were designed from the outset to make the UK dependent on EU food imports). Doubtless this formula – which any competent negotiator would have refused to accept – is designed to put many British farmers out of business to increase the EU’s share of the UK market, and it will most certainly succeed in that endeavour. It is very hard to make a living out of farming as it is, without having your domestic market rigged firmly against you. Yet this is precisely what Theresa May has agreed to do in the Withdrawal Agreement – supposedly under provisions to ensure ‘a level playing field’.

Should no trade agreement be reached by the end of the transition period, the UK will automatically enter the so-called ‘Northern Ireland backstop’, which not only turns Northern Ireland into a province of the EU, but subjects the entire UK to highly prescriptive ‘non-regression clauses’ which effectively remove control of agricultural policy from the British government and hand it back to Brussels for good.

In other words, all agricultural policy and processes in Northern Ireland will be run from Dublin, down to farm inspections, veterinary checks and the control of notifiable diseases. This is not only an outrageous breach of UK sovereignty, but deprives DEFRA of effective mechanisms to stop infected animals or diseases from reaching mainland UK.

But of course it gets worse. The same unfair restrictions on financial support for all British farmers, applicable during the transition period, are locked in through the draconian state aid provisions in the ‘backstop’.

Annex 4, Art 7(2) provides for “a determined maximum overall annual level of support” by the UK for British farmers  to be set “by the Joint  Committee and governed by  the procedures set out in Article 8.”

This all-powerful unelected Joint Committee is a supranational governing body created by the Withdrawal Agreement in which the EU is dominant and EU law is supreme. Article 8 sets out how it must determine the permitted level of support for UK agriculture. Once again, British farmers are only allowed subsidies at rates several years behind those of the CAP. “The initial maximum exempted overall annual level of support shall be informed by the design of the United Kingdom’s future agricultural support scheme as well as by the annual average of the total amount of expenditure incurred in the  United Kingdom customs territory  under the Common Agricultural Policy under the current MFF  2014-2020.”

Given that the backstop could come into effect as late as 2022, levels of subsidy for British farmers could be set at CAP rates applicable up to eight years earlier. This is a huge advantage to EU farmers who will enjoy much higher subsidies while retaining tariff-free access to the UK market. There is no way even the most efficient UK farmer – and our farmers are very efficient – could compete with the flood of heavily-subsidised EU produce which would be dumped on the UK market. Remember, no trade remedies are allowed under the terms of the ‘backstop’.

Article 8 hammers home the surrender. It requires the Joint Committee to adjust the level of support to British farmers “to any variation in the overall amount of support available under the  Common Agricultural Policy in the Union in each future Multiannual Financial Framework.”

Each Multiannual Financial Framework lasts for seven years, with the next starting on 1 January 2021. It is clear that the EU plans to give itself plenty of time to decimate British agriculture through control of subsidies, by enforcing from the very start a link to much lower levels of support than those received by EU27 farmers under the CAP.

And lest you doubt that the EU means to exercise its power over British farmers to the full, Article 9 of the backstop makes sure that agriculture remains an exclusive EU competence in the United Kingdom after Brexit. Under this article, the UK is required to establish an ‘independent authority’ with the “powers and functions equivalent to those of the European Commission acting under the Union State aid law”, and EU state aid law shall apply and be enforced in the UK under the jurisdiction of the ECJ. “Decisions of the independent authority shall produce in respect of and in the United Kingdom the same legal effects as those which comparable decisions of the European Commission… produce within the Union and its Member States.”

This is not taking back control of the UK’s agricultural policy: it is herding British farmers into an EU-run ghetto and throwing away the key.

Well, you may say, surely it cannot be that bad… We’ll be out of the transition period and backstop after a couple of years and then we can do what we want. Aside from the impossibility of leaving either the transition period or the backstop without the EU’s permission, Theresa May has ensured continuing subjection of British agriculture to EU control even were we to strike a trade deal, in the Future Partnership Political Declaration of 22 November 2018. Paragraph 79 states that: “The future relationship must ensure open and fair competition. Provisions to ensure this should cover state aid, competition, social and employment standards, environmental standards, climate change, and relevant tax matters, building on the level playing field arrangements provided for in the Withdrawal Agreement.”

This means that all the state aid provisions in the backstop, under which the EU gains control of UK agricultural policy and a huge commercial advantage for EU farmers, will have to continue under any ‘future partnership’ agreement, otherwise the EU will not allow us to exit the punitive arrangements enshrined in the Withdrawal Agreement. So it’s a win-win for Brussels.

Mrs May has written a letter to the British people to garner support for her abject surrender in the Withdrawal Agreement: “We will be out of EU programmes that do not work in our interests: out of the Common Agricultural Policy that has failed our farmers,” she claims. “Instead, we will be able to design a system of agricultural support that works for us.”

As with so many of her pronouncements on the Withdrawal Agreement, nothing could be further from the truth. She has agreed a ‘deal’ which surrenders our green and pleasant land and our farmers to perpetual control by the EU on the most disadvantageous terms possible.

The Withdrawal Agreement, if passed, will be the final nail in the coffin for many British farmers.