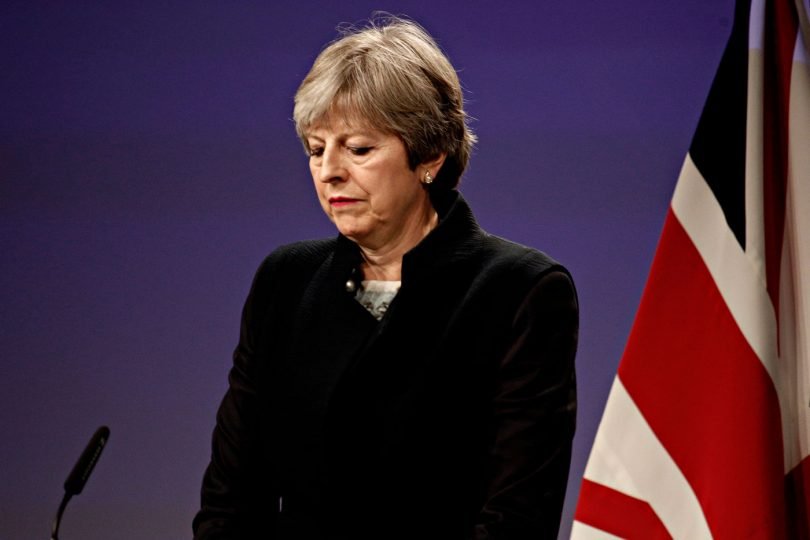 One hoped that Theresa May’s Brexit pantomime would come to a close yesterday with an outbreak of common sense in the Commons and a realisation by MPs that the only people laughing their socks off at the shambolic goings-on in Parliament are sitting in the most expensive seats in Brussels. How they must be enjoying the spectacle of British MPs performing like the panto clowns they are.

The EU’s Brexit panto, written by those theatrical wizards Emmanuel Macron and Angela Merkel (with choreography by Michel Barnier, Tony Blair and Theresa May) is being delivered flawlessly by the motley crew of actors in the Commons. But it hasn’t quite reached the desired finale, which is to stop Brexit altogether and stick two fingers up to the entire British population by ensuring that the democracy they cherish is rendered null and void.

So the show needed a little tweaking, some added pizzazz to keep the laughs coming in Brussels and objects being hurled at the stage in the UK. ‘I’m really getting the hang of this panto thing,’ said Macron to Merkel, ‘let’s mix it up a little more and do a cross-over number with the Ode to Joy and Return to Sender. It will be far too subtle for those idiot British MPs to understand.’ Angela reached for the phone. ‘I’ll call Phil now.’

Enter the Ugly Sister, ably performed by the Chancellor Philip Hammond, both at the despatch box yesterday during his ‘Spring Statement’ solo (musc by M. Barnier, lyrics D. Tusk) and this morning on BBC Breakfast during an ad-lib soliloquy, where he ‘confidently’ predicted that MPs would today vote to extend Article 50. Lines delivered with flawless sang-froid and a complete disregard for stated government policy and the manifesto on which he was elected. But Angie and Manu are already drafting his Olivier Award nomination.

We await the dénouement when the curtain rises later on the longest-running pantomime in the West End. Will Act 6 finally bring the curtain down on this dreadful show so we can get a refund and try that new musical from Geneva and Broadway, ‘WTO Rules OK’, or will the Commons Company of Players deliver once more for their EU directors, by voting to send Theresa May back to Brussels to receive fresh orders on how the Brexit pantomime must end?

The show-stopper awaits. There are two versions. One drafted in the UK and one in Brussels. Which one will MPs choose to perform tonight?