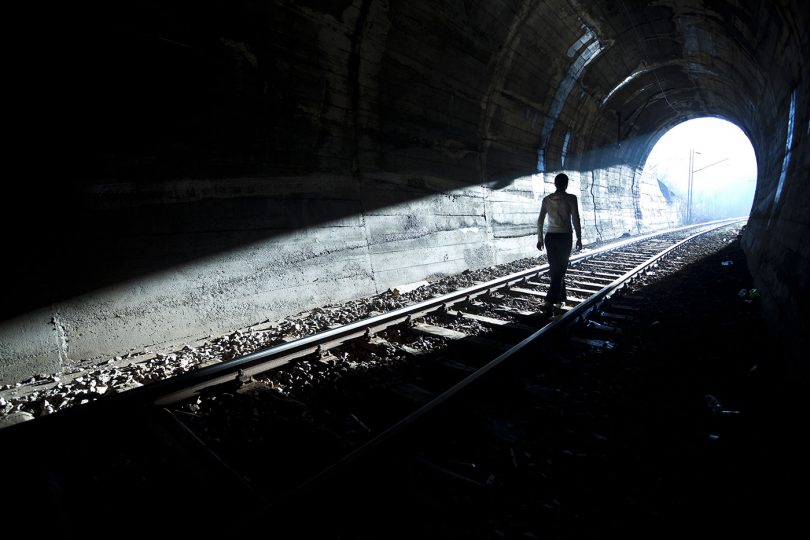 Sir Peter Marshall reviews the course of the negotiations over the year since invoking article 50 of the Lisbon Treaty. His assessment is “very positive”.

Maundy Thursday March 29th marks the first anniversary of the despatch of the letter from the Prime Minister to the European Council triggering the Article 50 process. At the half way stage in the allotted span of two years for settling the withdrawal process, how should we assess our progress? The answer is “very positively”. Goethe said of us that we “have the courage to be what Nature made us”. I submit, as one who voted “Remain” for reasons of prudence, that we exhibited that courage in voting the way we did in the Referendum of June 23,2016.  That worthy characteristic has been exhibited to a yet greater degree in the manner in which the Prime Minister has pursued the verdict of the Referendum. It is a saga of acute social consciousness, of rigorous analysis, of consistency and clarity of exposition, and of goodwill, imaginativeness and flexibility of presentation, of which we should be proud. It is also a record of the Prime Minister’s personal dedication, tenacity and courage, for which her compatriots are belatedly beginning to realise that they should be immensely grateful.

What would in any case have been the most complex negotiation in the history of multilateral diplomacy was made even more arduous at the outset by a number of factors:

The evolution of the UK proposals for withdrawal can be traced through four texts: the Prime Minister’s speech at Lancaster House on January 17,2017,the “trigger” letter of March 29;her Florence speech on September 22;and her Mansion House speech on March 2,2018.To these four texts must be added Mrs May’s speech to the Munich Security Conference on February 19,and her letter of March 19 to the President of the European Council, confirming,in advance of the Council meeting of March 22-23,her support for the progress made in the negotiations.

The initial reaction of the European Council to the “trigger” letter is recorded in the first Guidelines for the conduct by the EU negotiators, adopted on March 29.These were of such a negative and inflexible character that it was assumed that they were no more than an opening gambit. This however proved not to be the case. The atmosphere was stony.The imaginative proposals in the Prime Minister’s Florence speech, aimed at improving the atmosphere, were accorded scant recognition in Brussels. As a prior requirement to any substantive progress,the EU continued to insist on British commitments on citizens’ rights, the Irish border and a financial (“divorce”) settlement of a comprehensiveness which no democratic government could possibly have accepted without clarity on the outcome of the withdrawal process as a whole.

There was a result an element of the farcical about the first review of progress which the Council was committed to hold at its meeting on October 20. Our partners realised they were in danger of painting themselves into a corner. The wording of its conclusions suggested that the Council was looking for a way out. The Prime Minister’s statement to the House of Commons on October 23 was studiously positive.

The situation was very different by the time the Council met on December 15.The penny had dropped. The Council agreed to move to the next “phase”,adopting at the same time further Guidelines for the EU negotiators.It did so on the basis not only of reports from the EU negotiators,  but also on the strength of a “joint report from the negotiators of the European Union and the United Kingdom Government on progress on phase 1”.The joint report included the key caveat that “nothing is agreed until everything is agreed”. The Prime Minister’s statement in the House of Commons on December 18 was justifiably up-beat:“we have done what many said could not be done – demonstrating what can be achieved with commitment and perseverance on both sides”.If it was neither the end, nor the beginning of the end, it was assuredly the end of the beginning.

To judge by the fractious proceedings in the House of Commons and the assiduous reporting of political discontent, there was still inadequate recognition, as 2018 dawned, of the progress made, and the progress in prospect, in the wake of the December Council meeting. Grumbling at the slow rate of progress and mindless criticism of the Prime Minister continued. But David Davis made a significant speech at Teesport on January 25 on the objective of a “strictly time limited implementation period”. And all eyes were turned to the Cabinet think-in at Chequers, in advance of the Prime Minister’s Mansion House speech on March 2.The latter was followed up by her statement in the House of Commons on March 5.

The highly encouraging announcement on March 19 by Messrs Davis and Barnier that the UK and EU had reached agreement on arrangements for the transition period, which the European Council was expected to endorse at its meeting on March 22 and 23,was overshadowed by the unfolding crisis provoked by the nerve-agent poisoning in Salisbury of Sergei Skripal and his daughter Yulia.

That brutal and tragic incident and its extraordinary consequences will attract the attention of historians for many a year. Whatever may have been their hopes and expectations, those who launched it must have been dumbfounded by the strength of the collective reaction of the EU. The Russians are now putting it about that this was all engineered by the British, a line of argument which accords ill with any idea of belittling the British down in their Brexit-induced state of vulnerability and loss of influence.

It is natural that the question of the Irish border should have gained great prominence.  In essence it is a problem, familiar in international negotiations, of reconciling two apparently conflicting sovereignties or integrities. – in this case the integrity of the Single Market on the one hand, and the integrity of the United Kingdom on the other.   Just as the British Government has made it clear that it has no intention of impugning the former, so our partners will surely recognise that it would be a grave threat to their own long term interests, as well as a breach of their responsibilities towards another member state, to seek to undermine the latter.  Happily, both sides want a solution.

As expected, the European Council (under Art. 50) readily adopted on March 23 the further Guidelines prepared to reflect the progress made. Although they quite properly reiterate various provisions of their predecessors, they represent overall an enormous advance on them. It is a testimonial to the outcome of that meeting that the Prime Minister felt able to write the same day to “UK Businesses” a very positive and informative letter about the way ahead.

The Prime Minister’s report to the House of Commons on March 26 on what had been achieved on Brexit would have attracted world-wide attention on its own account,  had its thunder not been stolen by the news of the collective expulsion by the Western allies of a hundred Russian diplomats.   This gesture without precedent will give the Kremlin pause for thought.

After serving as a navigator in the RAF during World War II, Sir Peter Marshall was a   member of the British Diplomatic Service from 1949 to1983.  He was successively Economic Under-Secretary at the FCO, Deputy UK Permanent Representative to the UN in New York and Permanent Representative in Geneva. In 1982 he was elected Commonwealth Secretary-General (Economic) an appointment he held until 1988