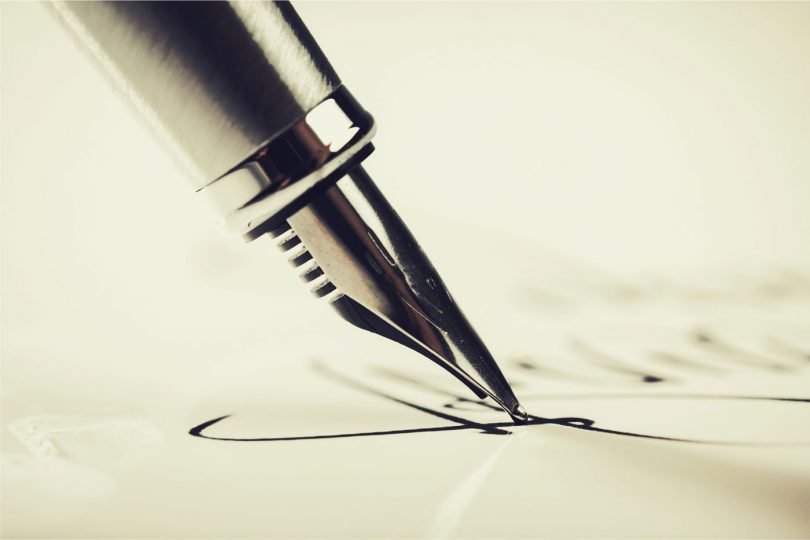 The only time that those who are private individuals get to influence political power is at elections or referendums when the results of 50% +1 or more are deemed to be decisive and therefore  enacted.

The only time that those who are private individuals get to influence political power is at elections or referendums when the results of 50% +1 or more are deemed to be decisive and therefore enacted.  This is the single supremely important principle in our democracy.

Clearly we need elites or leaders to devise and enact policies, but the voting public remains the ultimate and decisive sovereign when it comes to curbing or removing those in power as per Lord Acton’s dictum (“All power tends to corrupt…”),  and according to the rules, usages, and laws of our constitution.

A readily identifiable majority of our readily identifiable elite are openly conspiring to over-turn the Referendum result by trying to delegitimise the vote using specious arguments essentially denying the mental or moral capacity of ordinary voters to decide such issues  – “they didn’t know what they were voting for”, “most Leavers are left-behind less educated CDE’s”, “the Leave vote was driven by racism”, “it was all about immigration”, “the vote was stolen from the young by the old”, “the voters were lied to”  etc. etc.  Even if such insignificant observations obtain, they remain such in any democratic election or referendum, and in our constitution and in other democratic countries, they are not allowed to delegitimise or overturn the acceptance and implementation of whatever that democratic outcome was  –  which in our political tradition and law is that a majority wins and its political representatives then implement that verdict.

In questioning the intellectual or moral capacity of ordinary voters there is an underlying  assumption that somehow the “more educated” sections of the population have more wisdom or judgement in making political decisions. Our knowledge of history surely shows that the highly educated are no more gifted with political wisdom or insight than anyone else, and indeed, because of their propensity for speculative theorising, are more prone to unreal theories which in many well-known historical examples have led to the most tragic and cruel outcomes. If, in short-hand, by “more educated” we mean university educated, then I would seriously ask if we might rather say “university indoctrinated” when recent surveys have shown that more than 90% of university academics are “left of centre”, and many of them “far left”.

I think in regard to the mental and moral capacity of ordinary voters compared to the highly educated elite, I would rather go with Edmund Burke who said:

“In a free country, every man thinks he has a concern in all public matters: that he has a right to form and deliver an opinion upon them…In free countries there is often found more real public wisdom in shops and manufacturies than in the cabinets of Princes where none dares to have an opinion until he comes into them.” (Letter to a Member of the Bell Club, Bristol, Oct. 31st 1777.)

In fact, all voting decisions are, in varying degrees of supposed sophistication or conviction, driven by individuals’ 1. Basic political/philosophical views on society and politics (nearly everyone has them), and 2.  Their perceived self-interest.

Contrasting “self-interests” are well illustrated by the sensitive issue of the uncontrolled mass immigration of recent years which has had an extremely negative impact on average and lower income people by putting huge pressure on public services (nhs, schools etc.), housing (both rental and to buy), wages (lowering, restraining), and infrastructure, directly affecting the large majority of the population.  It appears that the Remainers in our political and cultural establishment, the well-to-do, are indifferent to these effects on ordinary people, because they are cushioned from them, and almost certainly benefit from more cheaply available labour. I find this indifference shocking and reprehensible.  But they, the over-turning elite, were outraged when the vote flatly and legitimately rejected their open door policy.

Although it is perfectly legitimate for Remainers to desire and vote for the status quo ante, it is illegitimate to try to over-turn this vote via a 2nd Referendum before the original decision has been implemented. This would be a gross betrayal of our constitution and wholly undemocratic. It is relevant that the main advocates of this  –  Messrs. Blair and Campbell  –  are the same pair who (influencing public opinion by deceit) did more to bring our politics into disrepute than anyone else before or since. And the record of the EU and its acolytes in forcing 2nd Referendums or ignoring them by legislative subterfuge is well-known.

What is it that drives these die hards ?  They offer no positive arguments for how good and beneficent is the EU, but simply rant about the supposed baleful economic consequences of our leaving, using the childish phrases “Cliff Edge”/”Crashing Out”/”No Deal”  if we leave on WTO terms (under which 95% of world trade is conducted),  thereby joining the 164 other countries who are not in the EU,  and trade perfectly well with it, including three (the U.S., China, and Japan) who each export more to the EU than we do. It is farcically dishonest to erect so-called economic arguments against our leaving the EU when 92% of UK companies representing 87% of our GDP do no business at all with the EU. And the level of vile abuse heaped on Leavers by such public figures as Times writers Matthew Paris, Max Hastings, Oliver Kamm, Claire Foges etc. is actually quite sinister,  as if they believe that buckets of this disdainful bile will damn Leavers as yahoos unqualified to vote.

The vote to Leave was about restoring law-making and decision-taking sovereignty back to the UK, “taking back control” for all issues including the important ones of finances, law making, and immigration, and it was a rejection of the “European Project” which was evolving in ways that voters did not wish to go and did not wish to fund.

So what are these elite “Overturners” losing when we  leave the EU ?

Surely much of it is about the corrupting influence of power and, funded by public taxes, its rewards of money, status, and unaccountable power in matters of state and politics.

The huge growth of free market economies and their tax revenues since WW2 has also led to a vast increase in areas of state involvement in such matters as welfare, social agencies, environment and myriad others, and a concomitant increase of tax funded employees.  Add to this an equally big expansion of tax funded NGO’s, Quangos, Charities, Commissions, Think Tanks etc. and the numerous international bodies such as the U.N. , IMF, OECD etc. and, of course, the EU and its many attendant bodies and subsidiary organisations  –   all funded by the tax payers.

Most of these entities are not directly accountable to their actual paymasters, the tax payers or their representatives in the national parliaments, and most have little accountability at all, with the result that as the tax take has grown, those at the top of these organisations have been able  to cream off an exponential rise in their rewards of salary, expenses, and pensions, not to speak of lucrative sinecures after retirement in “advisory bodies”,  the corporate sector, quangos etc. The Kinnock family are good examples of this.  Their equivalents in the business sector are the bureaucrat executives of global corporations such as Paul Polman of Unilever who thrive in this supranational world. The commonality of these public and corporate elites is best exampled when they come together once a year at Davos.

These, then, are the tax-funded elites who internationally number in the tens of thousands, statistically small in relation to the tax-paying population, but who in effect are our decision-making and governing classes with a cushioned, luxury lifestyle of grandstanding, pontificating, rule making, and finger wagging,  whilst being increasingly out of the reach of those who pay them, the tax payers of the nation states, the very people they are supposed to represent.  This has changed out of all recognition to say, 1945, when 600 or so MP’s were directly accountable to the British electorate who, if they wanted, could and did, “kick the buggers out”.

The difference today, is that most of our rules, regulations, and laws are not made by our Parliament but by unelected governing bodies such as the EU.

The problem is not that we have elites (albeit too many paid too much) but that the supranational structures which they inhabit and multiply  make them more remote, unaccountable, and unremovable because they are not subject to the democratic discipline of the tax paying electorate they are supposed to serve. We cannot blame these elites for this because, being human, we would all like to live well, have our way, and escape oversight and control by our fellows. But we should blame structures which are remote and deliberately undemocratic.

The EU was consciously  constructed to be out of the direct reach of the national electorates. Thus all Rules, Regulations, Laws and Treaties are proposed, enacted, and enforced by the EU Commission and its Civil Service, the ECJ being its legal backstop.  Major policy decisions are mostly “qualified majority voted on” by the 28 member Council of Ministers, thus safely away from the national electorates. And the EU “Parliament” is no such thing as formally it only has the right to approve or disapprove of laws, treaties, but almost never does so, as its main purpose is to provide a pseudo-democratic facade which rewards its members with large salaries, pensions, and  unmonitored block  expenses.

By providing lucrative, prestigious careers for a few thousand UK politicians and civil servants in the inter-penetrating parastatal bodies of the UK and the EU, and by the re-syphoning of EU “structural funds” worth billions back to the UK,  the EU has vastly increased its hold and influence on ever more dependents in Universities, Local Authorities, Quangos etc. throughout the UK.   Add to that the significant numbers in the legal, accounting, and other professions involved in work directly or indirectly funded by the EU, and one grasps the fact that a small but critically influential segment of our population have a lot to lose by leaving the EU. And add to them the big Corporate businesses (as reflected by the CBI) who thrive in the protectionist and over-regulated EU single market, you have more powerful influencers outraged by the decision to leave.

And this is how the EU has effectively seduced and corrupted the significant part of our governing elite and why they don’t want to leave.

I believe most of our politicians begin with decent motives of public service in the public good, leavened by a natural, reasonable self-interest, but Lord Acton’s dictum of “All power tends to corrupt….”   remains unavoidably true, and our political structures must be made to reflect this and address it in law.

We will only be able to do this if we break free of the EU entanglement and, in line with our fine political traditions, bring back our law making under the control of the British people.

Sincerely yours as ever,
Peter