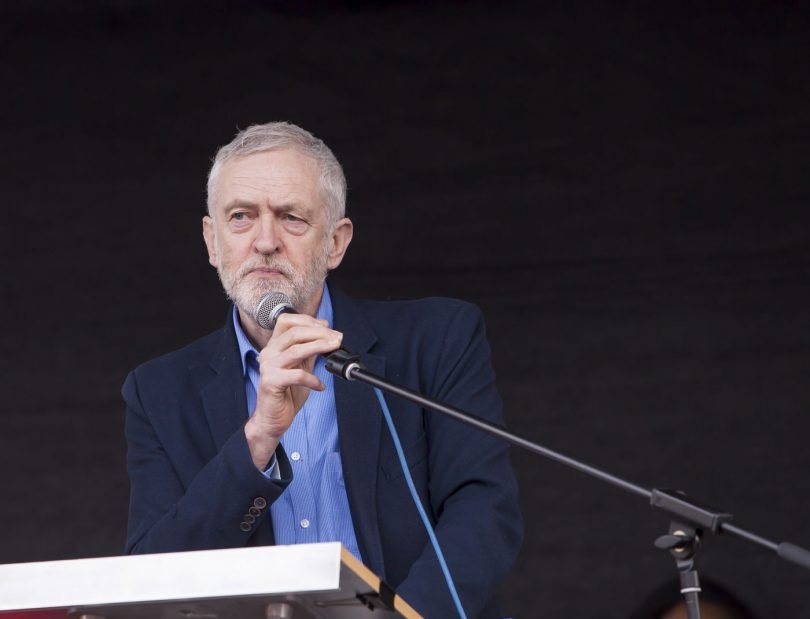 Jeremy Corbyn remains a convinced Leaver, as only outside the EU does he see more Left-wing economic policies as feasible. He wants a general election, but he wants Labour to fight it as a pro-Brexit party. His view of a second referendum is that if it happens it should ask the electorate to choose between different versions of Brexit.

In a recent Guardian article, Labour leader Jeremy Corbyn stated that he would support a referendum should Theresa May’s deal fail and the government refused to support a general election. The article follows from an admission by the Shadow Chancellor John McDonnell that a second referendum would be ‘inevitable’ in such circumstances. These interventions have been met with warm enthusiasm by those who seek to overturn the Leave result of 2016.

But ‘People’s Vote’ campaigners should be more cautious. Jeremy Corbyn, it appears, remains committed to Brexit and is determined to see Labour remain a pro-Brexit party.

What has been notable about Corbyn’s leadership since the 2016 referendum is his continued refusal to countenance overturning the Leave result. Indeed, in an interview with Der Spiegel last month Corbyn flatly rejected the option of staying within the European Union. He also articulated the left-wing rationale for Euroscepticism, highlighting European competition policy, market-oriented treaty commitments, and the attack on Greek society in the Eurozone crisis, points made in a recently published book by the economist Costas Lapavitsas The Left Case Against the EU.

In this context, Corbyn’s Guardian article might be seen as a U-turn away from comments he made only a few weeks ago. Yet a closer reading suggests there is greater consistency. In the Guardian piece, Corbyn rearticulated his criticism of the European Union’s restrictions on state aid. Given the centrality of nationalisation and state aid to the Corbyn project, it is not surprising that Corbyn would place this aspect of EU membership at the fore of his opposition.

In many ways, this type of second referendum intellectually makes more sense than a re-hashing of the 2016 referendum. The country decisively and unambiguously voted Leave, but the terms of Leave were not decided. While it would be reasonable to expect Parliament to iron out these details, it is also plausible that in the context of parliamentary gridlock, the public could be asked to vote on the terms of departure. In this way, a second referendum would not be an attempt to overturn the first but merely an instrument to develop its meaning.

What’s more, Corbyn expressed his strong preference that a general election ought to take place instead of a referendum should May’s deal fail. Corbyn did not propose a general election as a way of stopping Brexit. Instead, Corbyn suggested that Labour would enter the next general election, once more, as a pro-Brexit party. Disagreement with the Tories would be over the terms of the deal, not over the question of leaving itself.

There are two reasons why it is logical for Corbyn to remain committed to Brexit. One is the aforementioned principled objections to the EU project from a left-wing standpoint. As the Labour Party NEC, with full support from prime minister Clement Attlee, put in a 1950 statement, ‘No Socialist Party with the prospect of forming a government could accept a system by which important fields of national policy were surrendered to a supranational European representative authority’. Corbyn’s comments about the EU as a Eurosceptic backbencher and his words on the subject since the 2016 referendum show that he clearly believes this to be the case.

The second reason is one of electoral pragmatism. Since the surprise success of the 2017 election, Corbyn and his team have had their eyes laser-focused on Downing Street. Corbyn and his advisors know that, in part, Labour was able to hold together its cross-class coalition by promising expensive policy giveaways to young, middle-class voters (notably the tuition fee pledge) while assuring older, working-class Labour voters that the party respected the Brexit result. Alongside this, Labour offered an economic investment programme which would be made easier outside of the confines of EU competition law and ECJ oversight.

In that election, on a pro-Brexit manifesto, Labour saw its greatest increase in the vote since the 1945 election, and a majority of the seats it gained off the Conservatives were in Leave-voting constituencies. Corbyn’s team must know that the next set of seats which Labour needs to win off the Conservatives to form a majority are also Leave-voting constituencies, such as Morecambe, Blackpool North, Southampton Itchen, Hastings, and Thurrock. The Liberal Democrats, who campaigned visibly for a second referendum, received an even lower share of the vote in 2017 than their disastrous post-coalition 2015 performance.

The raison d’etre of the Labour Party right since the 1980s has been to orient Labour’s policy programme squarely in line with the voters whom Labour needs to gain to form an electoral majority. Yet, the Labour ‘moderates’, many who quietly do not wish to see a Corbyn-led Labour government, have abandoned electoral pragmatism in favour of rigid pro-EU ideology. The party has gone topsy-turvy: a left-wing leadership is focused on Labour’s broad electoral appeal, while the party right calls for allowing Labour’s middle-class, unrepresentative membership to dictate party policy. In spite of noises to the contrary, Corbyn remains firmly focused on maintaining a Brexit position which can put him in Downing Street.

Richard Johnson is a Politics Lecturer at Lancaster University