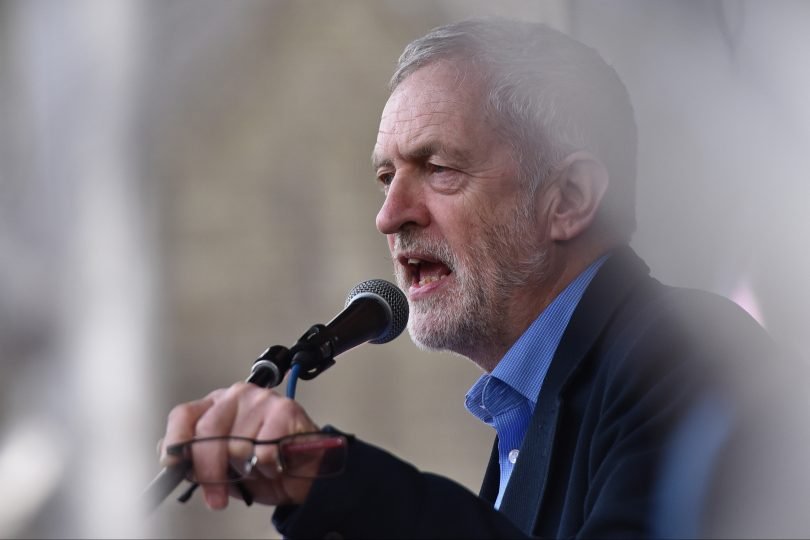 Brexit is about national security as much as anything else. It is also now clear that only a Conservative majority can make Brexit happen. These two crucial issues are linked in the person of Jeremy Corbyn, the only alternative Prime Minister. He cannot be trusted to carry out Brexit and vindicate our democratic vote. Nor can he be trusted with national security—an issue that Brexit will necessarily bring to the fore.

On the 30th anniversary of the fall of the Berlin Wall, we remembered the excitement the opening of the wall generated as East Germans walked free into the West, a dramatic end to an oppressive dictatorship that had lasted 45 years.  The secret police files on East German citizens were later discovered to occupy seven miles of shelving, incontrovertible evidence of a systemic mass violation of their human rights.

I lived and worked behind the Iron Curtain. Those of us old enough to have experienced the Cold War first-hand have a duty to warn the younger generation about the dangers to our freedoms from Communist regimes like East Germany and to remind our own generation about them.

Today, in the home of parliamentary democracy, we are faced with the possibility that a leader of the Labour Party who once preferred East Germany’s political and economic model of government could become Prime Minister. A nightmare, the stuff of fantasy? Unfortunately not. Look at the records of two of Jeremy Corbyn’s key advisers. Andrew Murray for many years was a prominent member of the Communist Party of Great Britain when Soviet Communism remained its ideal model and its ideological inspiration. Seumas Milne enthusiastically kept company with extremist political movements, some of which advocated and used terrorism to pursue their aims. Corbyn, Murray and Milne have at times each denigrated their own country and embraced the interests of its enemies and opponents. Their record is not in question. A few Labour politicians have courageously spoken out against them but it is worrying that more have not done so.

I spent 38 years in MI6, most of the time in the front line, working to counter the threat from the Soviet empire and the threat from terrorism. Labour and Conservative governments were both energetic in their commitment and determination to protect our national security. They never compromised in their pursuit of the national interest. They never disagreed about the importance of that struggle. It was not a party political issue. Changes of government raised no questions of allegiance.

Today, that is no longer the case. Corbyn and his closest associates are compromised by their past. The political company they have kept has been authoritatively documented. For example, none of them would ever have been allowed to work in our national security agencies because they would have been disqualified. They would all have failed to pass their security vetting.

It is important that every citizen understands who and what they would be voting for. When the issue is the protection of our national security, clearance to classified information would never be extended to anyone with Corbyn’s background. For what conceivable reason should voters now risk giving Corbyn actual control of our national security policy by electing him to prime ministerial office? As a democratically elected leader, he would bypass the vetting procedures. Corbyn as Prime Minister, together with his current advisers, could be a present danger to our country.

Labour Party members and supporters, if they cannot bring themselves to vote for another party, should choose to abstain, expressing their regret at the absence of an untainted Labour politician who could be in Corbyn’s place. When vital national security interests are at stake, the political facts of his past cannot be airbrushed out. Politicians should have to live with their political record and Corbyn’s – whatever political views he may claim to hold today – rules him out as someone suitable to be Prime Minister.

Do not even think of taking the risk of handing this politician the keys to No 10. The soft-spoken, apparently gentle old man who is promising voters the world may not be quite as he now wishes to present himself. His radical past portrays the truth about what type of politician he was, a political relative of the gang of Communist henchmen who created East Germany.

And there were few nastier regimes in post-War Europe than East Germany.

Sir Richard Dearlove is former head of the Secret Intelligence Service, former master of Pembroke College, Cambridge, and Chair of the Trustees, University of London

Reposted by kind permission of the Mail on Sunday.