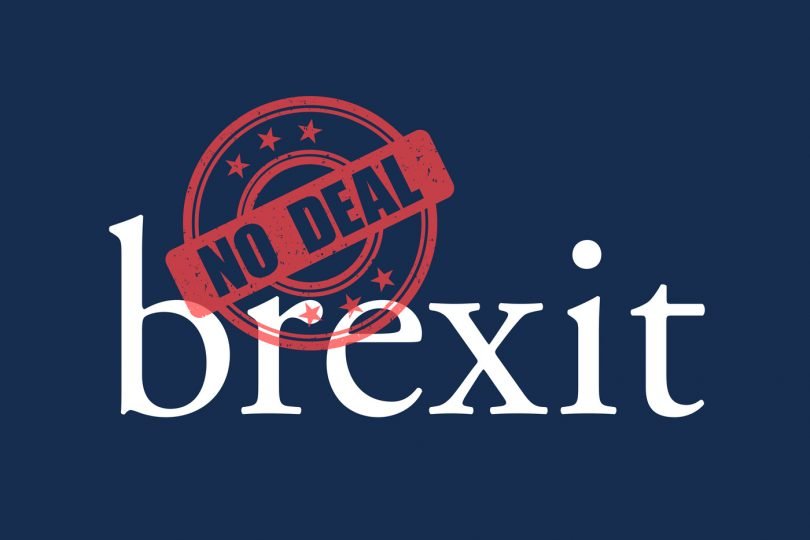 Political scientist and Brexit Party PPC Dr Anna Bailey considers recent claims that the constitution can be used to prevent a no-deal Brexit.

She finds that, while it is not impossible for Parliament to block no-deal, constitutional law and convention grant Prime Minister Boris Johnson the overwhelming balance of control. The claim that a no-deal Brexit during an election period would breach the convention of purdah is shown to be an instance of Remainer wishful thinking.

With Boris Johnson stating that Brexit will happen by 31 October ‘deal or no deal’, and the EU still refusing to re-open the Withdrawal Agreement, Remainers have been desperately scrambling around to find a way of preventing a no-deal Brexit. Their attention has landed on the option of bringing the government down via a vote of no-confidence and forcing a general election.

It used to be a convention of our uncodified constitution that a vote of no-confidence would result in the prime minister automatically calling a general election. But the Fixed-term Parliaments Act, which stipulates that elections are to be held every five years, has added an additional element.

In the event of a vote of no-confidence, the Act stipulates a mandatory 14-day period to give Parliament time to agree on a government in which it does have confidence without resorting to a general election. This could be the existing government (i.e. Parliament can reverse its no-confidence decision), or an alternative government.

Assuming no fresh confidence motion is passed, there is a minimum period of 25 working days (5 weeks) between the proclamation of a general election and polling day. Add on the aforementioned two-week period to allow for the possibility of forming a new government from the existing parliament, and you get a minimum period of seven weeks between Parliament passing a motion of no-confidence in the government and the earliest date a general election could be held.

The House of Commons will resume sitting on 3 September. The UK is due to leave the EU at 11pm on 31 October. From 3 September to 31 October is just over 8 weeks.

But five weeks is a minimum statutory period. Under the Act the existing prime minister gets to decide both when the Queen makes the proclamation of a general election, and when polling day is going to be.

While the prime minister does not have unlimited discretion in choosing the date of the election (i.e. he could not delay it too far into the future), setting the election date for after 31 October would be a more than reasonable timespan.

It is hard to see how the prime minister’s choice of an election date after 31 October could be subject to a legal challenge in the courts. As Lord Sumption (UK Supreme Court Justice 2010-2018) puts it:

The other constitutional argument that Remainers are currently pushing concerns the convention of purdah. As it relates to the government, the convention is that during an election period, ministers should:

“observe discretion in initiating any action of a continuing or long-term character. This means the deferral of activity such as: taking or announcing major policy decisions…” (The Cabinet Manual para. 2.29).

Two academics at University College London’s Constitution Unit, Robert Hazell and Meg Russell, have argued that a no-deal Brexit would constitute a major policy decision, and so “convention would demand” that the Prime Minister seek an extension from the EU until after the election.

One of the Twittersphere’s favourite anti-Brexit lawyers, George Peretz QC, has taken up this argument, contending that that the convention means that the government “should not take any decision that pre-empts its successor,” and is therefore under an obligation to seek an extension so that the incoming government would have the full range of Brexit options from which to choose.

It is hard to see this as anything other than wishful thinking. Given that the government has already committed to leaving the EU on 31 October, deal or no deal, that is the established policy – and has been since July 2019. It is seeking an extension that would constitute a major change in government policy, not leaving with no-deal.

The clue is in the verbs. The purdah convention only obliges an outgoing government not to initiate action; not to take or announce major policy decisions. But the government has already taken and announced its decision to leave on 31 October in the absence of an acceptable deal, and no further initiating action is required. Contrary to Peretz’s dubious interpretation, there is no obligation on the government to cancel existing policies to give greater choice to a successor.

All considered, it is hard to disagree with Lord Sumption, who concludes that there are only two ways in which Parliament could stop a no deal Brexit:

“One would be to pass a statute which limited the right of the Government to have a no-deal Brexit by saying effectively that they have to revoke the Article 50 notice unless a deal was agreed by a particular deadline.”

Note here that it is not enough for parliament to legislate simply to ‘block’ no-deal. This is because the exit date is set by EU law, and EU law trumps UK law. Thus, the only way to prevent no-deal by UK statute is to compel the government to do something to stop the automatic Article 50 process, i.e. revoke.

“The only other way would be to ensure that within the 14-day period allowed for choosing an alternative government, an interim government is accepted which would be charged to ask for an extension, or have a referendum, or do something else that would avoid a no-deal Brexit.”

So the political reality is that to thwart a no-deal Brexit, every party except the Conservatives and the DUP – plus a number of Conservative rebels/defectors – would have to combine in a pro-active way: either by forming a broad-based Remain government drawn from the current parliament, or by passing legislation to revoke Article 50.

As we saw from the March/April ‘indicative votes’, it is one thing for MPs to vote against no-deal, but getting them to agree on a concrete alternative is another matter entirely. The likelihood of such a wide spectrum of MPs uniting to vote for either revocation or a broad-based coalition government is low. It is not impossible, but nor is it likely, especially given the number of Labour MPs in northern, Leave-voting constituencies being targeted by the Brexit Party.

Moreover, it seems that a Corbyn-led coalition government would be unlikely to secure the confidence of Parliament. Various Ultra-Remainers have been suggested as suitable prime ministers to lead what is disingenuously being called a ‘government of national unity’: Yvette Cooper, Keir Starmer, Ken Clarke… Lord Adonis even fantasises about the return of Sir John Major to the premiership following a fictitious by-election. But we already know from the numerous attempts within the Parliamentary Labour Party to oust Corbyn that he would not be inclined to make way for someone else.

Once again, Corbyn could prove to be the Brexiteers’ best friend.