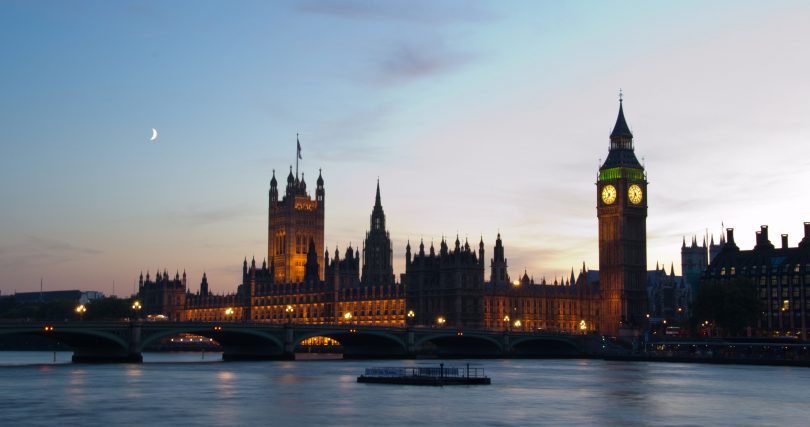 We are eager to engage in discussion with those who take a different view from ours. Two of the most outspoken are the Conservative MP Dominic Grieve, and the Labour MP, Jess Phillips. We have written to invite them and also David Gauke to express their views to Briefings for Brexit. So far, we have received no response from them, but we shall not give up.

I heard you on the Today programme this morning warning of the ‘catastrophic consequences’ of leaving the EU without a Withdrawal Agreement. I would like to invite you to contribute an article to be published on the website “Briefings for Brexit” laying out exactly what you believe these consequences would be. We would publish your article in full, with an answer by us. You could make further comments if you wished.

Although you are doubtless very busy, I hope you will accept this invitation. Our website reaches quite a number of interested people, including many of your parliamentary colleagues and journalists.

I am sure that you agree that much of the public debate has consisted of conflicting assertions, with little real discussion. This would do something to correct that.

I heard you on this week’s Any Questions warning in the strongest terms of the “catastrophe” that was threatening the country due to a possible “No-Deal” Brexit, and which was menacing the jobs of your constituents. If I remember rightly, you further said that no economists took any other view.

I am glad to be able to relieve your worries on this point. Leading international economists do indeed take a very different view, and for your information you will find links to some of their views at the bottom of this email. They believe that alarmist predictions are hugely exaggerated.

If you are still convinced that disaster threatens, I would like to invite you to write a summary of what precisely you think this disaster will consist of, along with an indication of where your data comes from. I undertake to publish what you write in full on the website “Briefings for Brexit”, which aims to provide factual information to MPs, journalists and members of the public.

Any other anti-Brexit MPs who would like to accept a similar invitation are cordially invited to send us their views.

Rt Hon. David Gauke MP.
Dear David (if we may),
We are saddened to hear that you are resigning as Secretary of State for Justice. Your judgement and experience will be a considerable loss to the government. One of us (Graham Gudgin) has experience of working with you and your colleagues, together with Secretary of State for Northern Ireland Owen Paterson, over the transfer of corporation tax to Northern Ireland when you were Exchequer Secretary to the Treasury. Your helpfulness and sincere desire to strengthen the economy of Northern Ireland stood out at that time.
We note that the reason for your resignation is the support of the new PM, Boris Johnson, for a Brexit ‘No Deal’ which you view as highly negative for the UK economy. We have no reason to doubt your sincerity in holding this view but do not understand how you have reached this conclusion. Ourselves and colleagues have undertaken much work on the impact of Brexit and reach a different conclusion. We thus feel that a meaningful debate is needed on what is likely to happen if the UK leaves the EU at Halloween without a Withdrawal Agreement or a substitute deal such as an intention to continue free trade.
One of us is also part of a research group at Cambridge and Ulster universities which is the only group to have fully replicated the Treasury’s gravity model analysis of the impact of Brexit. Our report found large flaws in the Treasury’s application of the gravity model technique leading to a four-fold exaggeration of the projected negative impact of Brexit. Together with colleagues at our BriefingsforBrexit website we have also examined the Treasury’s subsequent use of the Purdue University General Equilibrium model. We view the Treasury assumptions on non-tariff barriers as being much too high in a context in which all UK firms are currently fully compliant with EU regulation. Similarly, the elasticities linking tariffs and NTBs to an impact on trade look excessive. As with the 2016 gravity model analysis it is difficult to view these new Treasury estimates as meaningful.
Although we accept that some negative impact of trade will occur, we do not accept the Treasury’s ongoing view that this impact will be large, especially in the case of per capita GDP. It is also, in our view, unacceptable that the Treasury has refused to meet or engage with us on any of these important issues. Nor is it acceptable that the Treasury refuses to admit that its own previous analysis, in a 2005 internal research paper, found results much closer to our own than to their 2016 or 2018 analyses.
Together with website colleagues we have also followed closely the preparations for ‘no deal’ made by HMRC, other UK departments and by EU authorities. Our view is that substantial upsides exist that are currently ignored in government and media statements on Brexit. All of this suggests that no deal is manageable without major economic damage, even if it no-one’s preference as a way of leaving the EU. It has been a sadness to us to witness the train of negative suggestions over aircraft landing rights, and similar matters, that have marred and confused the Brexit debate.
Since these matters remain a most serious issue for the future of our economy can we suggest that we meet to discuss how it might be possible to reach some reasonable consensus on what the real damage to the UK economy might be if no withdrawal agreement can be reached with the EU? If alternatively, you would prefer to set out your views in writing, we would be happy to publish these on our BriefingsforBrexit website which has a substantial academic readership.
Yours Sincerely,
Dr Graham Gudgin, Judge Business School, University of Cambridge
Professor Robert Tombs, University of Cambridge.