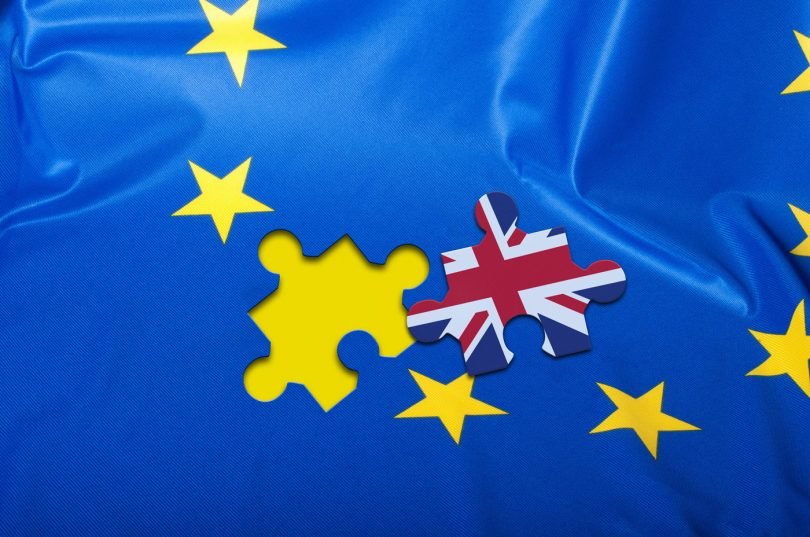 I believe that it’s already a certainty that we will leave on 29th March without a deal or without the backstop. So far I have not heard any credible counter-arguments. These are my reasons.

The Withdrawal Agreement has been defeated twice by historic margins, for all the reasons we are all too well aware of – not least the inability to escape the horrors of the backstop.

In normal times a government defeated on a major policy would show some contrition, maybe even resign, but not this one. MPs are going to be invited to vote again and again until, well, they sign away their right to vote to the EU27. This is an idiotic policy that is bound to fail. If you ask the same question, you get the same answer.

Before the second defeat of the ‘deal’ and Tuesday’s vote on a motion to take ‘no deal’ off the table, I wrote that the Brexit result “is already a foregone conclusion”, asserting that it’s already a certainty that we will leave on 29th March without a deal or without the backstop. So far I have not heard any credible counter-arguments.

So, following this week’s events is this still true?

Yes, and more so.

So where are we now?

So will the Prime Minister bring the Withdrawal Agreement and Political Declaration back for another try?

Quite probably; she has not shown any imagination ever since she first embarked on a secret two-year attempt to embed the UK in a permanent customs union. She did not blink at the reception Chequers received, she barely blinked when defeated by 230 votes. Honourable pro-Leave Cabinet Ministers resigning left, right and centre is all just water off a duck’s back. Yes, she will try another vote, Plan B is Plan A and C-Z ditto. She will lose.

There is a parliamentary rule in Erskine May that you should not ask the Commons to vote twice on the same subject. This was arguably broken on Tuesday, but it’s worth asking: can she now extract changes to her deal to present a new proposition? The answer is probably no.

No, because the Prime Minister does not want to change her deal. No, because when presented with the chance to vote on the Malthouse proposals for alternatives to the backstop, she refused (along with her Brexit Secretary). She has allowed her own Cabinet to sabotage her negotiating hand, because she is not proposing to negotiate. She does not support changing the backstop – so it won’t be changed.

There is a European Council meeting on 21st March, so might it be possible the EU27 throw the Prime Minister a new meaningless piece of paper for the Attorney General to opine on? Still possible, but it is already clear it will make no difference.

MPs will be asked to vote on the same deal and will give the same answer.

But that is not everything. There are some genuine fears exercising some MPs, pushed out by Number 10 and certain ambitious Cabinet Ministers, who want to vote for the deal and be Prime Minister.

1. If MPs vote down the ‘deal’, they will allow Remain MPs to force through an extension?
In fact the guaranteed way to an extension is to vote for the Withdrawal Agreement as the Government has itself argued (and the Commons has passed a motion to the effect) that it will require an extension to prepare legislation to implement the deal. Therefore, MPs voting for the deal will also have to vote for an extension, otherwise the deal will time out as the passing of the legislation is a condition of ratification.

But running with the argument, we have ruled out a second referendum, and won’t extend to implement the ‘deal’ when the deal is defeated. What is left? Will the Prime Minister tear up her deal and seek an extension for something else? The EU will not allow an extension for no purpose (as acknowledged in the Government’s motion passed on Thursday), and nor will the Conservative Party or Parliament. The last deal took two years to negotiate behind the backs of the Cabinet, there will not be any new negotiation, so will the Conservative manifesto be ripped up and the UK participate in Euro-elections? No. The Prime Minister is not that foolhardy. At worst, we might see a short extension to prepare for ‘no deal’, but that itself is unlikely and hardly a reason to back a disastrous deal.

2. If MPs vote for the ‘deal’ they may get a new Prime Minister? And tidy up afterwards?
A line touted by various Cabinet Ministers, this is a fundamentally dishonest argument. Not only would any promise by the Prime Minister to stand down be ignored, it would not solve anything. In the backstop even Genghis Khan as Prime Minister would come up against the fundamentals of international law. But we won’t have Genghis Khan, we will no doubt have a Prime Minister who voted for a deal that he/she now seeks to unravel against Foreign Office and Civil Service advice. An unlikely and self-serving tale.

3. Labour will vote for the ‘deal’?
This scenario comes from the same school of thought that believed Labour would vote for a second referendum. It misunderstands the nature of opposition and the Labour leadership. Labour have no interest in taking part ownership of an unpopular deal. They want government and leaving the Tory Party in sole ownership of the deal suits them just fine.

4. The ERG and DUP will fold?
The most ludicrous and lazy of all journalist lines, spun by an increasingly desperate small group of centre-right commentators and think-thanks close to the Cabinet, is that the DUP are biddable, and the European Research Group will fold. This is rot. It should come as no surprise that the DUP are Unionists and the ERG MPs are largely life-long eurosceptics committed to the UK Parliament making UK laws. This is not going to change. Of course, there are trades in the normal course of politics, but no party or group can trade away policies that are existential to their identity. Sir Bill Cash will not agree to the EU legislating in the UK any more than the DUP will agree to separate treatment for Northern Ireland. And remember the Withdrawal Agreement cannot pass without the DUP or ERG.

So there we are. The ‘deal’ will be defeated again. It may be defeated several more times until the Prime Minister is dragged from her roulette table.

So, what of the other horror scenarios being used on MPs? They have no substance. There is no reason to vote for the deal you dislike because you fear the machinations of someone else – particularly when the machinations are ephemeral and vaporous. A miasma seeping out of Downing Street and its allied think-tanks. MPs will not be fooled by this.

Why vote to give the Prime Minister a victory into a permanent backstop if you want someone else to negotiate the trade deal? Why believe the threats of a Conservative Government that it will act against its own and the country’s best interests to threaten its own MPs into submission? These are dark arts, practised by a particularly hapless novice wizard.

Downing Street’s last weapon is fear – fear they may do something even worse to themselves than they were already planning! To paraphrase the lesser Roosevelt, the only thing we have to fear is fear itself – and MPs are not fearful of a weak unimaginative Government desperate to push through a failed deal.

Parliament does not want to re-join the EU, it does not want a referendum. It cannot ask for an extension to implement the deal if MPs don’t want the deal. And nobody could stomach another drawn-out negotiation going on for potentially years and the imminent prospect of European Elections, manifestos, campaigns and all that comes with them. Once you have eliminated all the alternatives, the conclusion is staring you in the face – the UK will leave on 29th March and take back control.

This article is reproduced by kind permission of Brexit Central

Christopher Howarth is a senior researcher working in the House of Commons. Prior to this he worked for Open Europe, as a Conservative Foreign Affairs Adviser and senior researcher to a Shadow Europe Minister.

Christopher Howarth is a senior researcher working in the House of Commons. Prior to this he worked for Open Europe, as a Conservative Foreign Affairs Adviser and senior researcher to a Shadow Europe Minister.