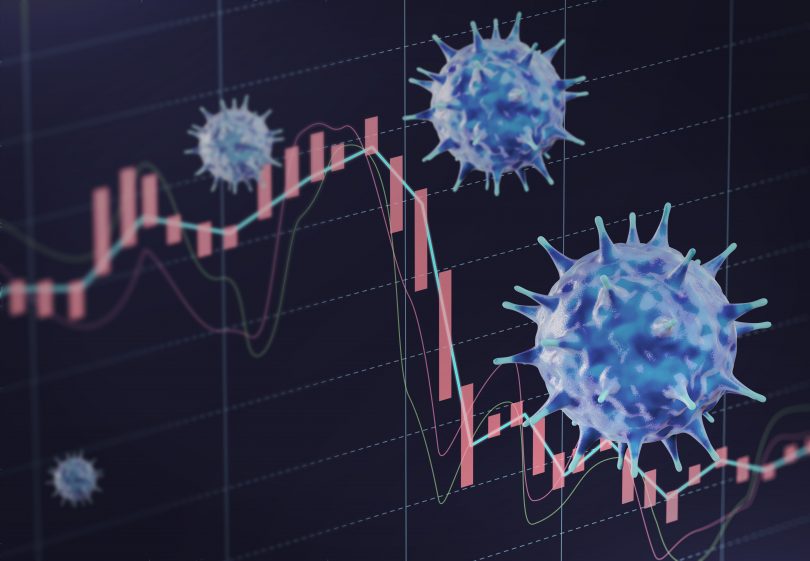 John Mills summarises the key arguments from his new book ‘The Elephant in the Room’. The Coronavirus economic recession comes on top of a long-term economic growth rate which is much too low. The best way to correct this is for the UK to invest much more in manufacturing industry in the context of a more competitive exchange rate.

Economies across the West are struggling to recover from Covid-19. The problem is not just large reductions in GDP as a result of the virus although these have been bad enough. It is that western economies have been growing increasingly slowly in recent decades, providing them with a very weak starting point from which to recover from the coronavirus.

During the quarter-century between 1950 and 1975, economies in the West grew by an average of about 4% per annum.  From 1975 to 2000 it was about 3% a year. For the first two decades of the twenty-first century it was around 2%. Now we seem to have slipped down to an underlying growth rate – even before Covid-19 – of barely 1%. This is not enough to lift average living standards. This is why the UK is faced with a real prospect of average disposable incomes in 2030 being less than they were in 2019 or even 2007 – a whole generation of wasted years

Why has this happened? A lot it has to do with the extraordinary state of economics as taught at schools and universities, advocated by think tanks and practised by policymakers. There is no clear explanation of what causes economic growth and no guidelines for making it happen. Productivity is almost static but because economists do not know why this is so, they accept near stagnation as being the new normal.

We need to do much better than this. A book I have written, The Elephant in the Room, published this month, sets out to explain what has gone wrong and what needs to be done to put things right. Here, in a nutshell, is what it says.

Economic growth is very largely generated by physical investment. Only some of sorts of investment, however, those clustered round technology, mechanisation, and the use of power, are capable of achieving big increases in productivity. Nearly all other types of investment in the public sector – on rail, road, schools, hospitals, public buildings and housing – do not contribute much to economic growth and nor does much in the private sector  – on office blocks, shopping malls, projects such as new restaurants, IT systems and housing.

The categories of investment which do produce very high total – or social – rates of return of 50% per annum or more, often enhance output by much more. Social returns include including higher wages and salaries, a stronger tax base and often cheaper as well as better products, on top of the private returns in the form of profits.  These sorts of investment are mainly found in the privately owned internationally traded light industrial sector and whether such investment is located within the domestic market or elsewhere depends very heavily on profitability prospects.

On average about 30% of manufacturing costs are for machinery, raw materials and components, for which there are world prices which stay the same in world terms whatever happens to the exchange rate. The remaining 70% covers wages and salaries, all overhead costs, and provisions for interest and taxation. Whether production – and especially new activity –  is located in the home market or elsewhere depends on the rate at which all these costs are charged out to the world and this, in turn depends almost entirely on the exchange rate

Judged by this crucial criterion, sterling has been much too strong for UK manufacturing for a long time, and especially since the arrival of monetarism and neoliberalism in the 1970s and 1980s. In 1950, 25% of all goods manufactured in the world for export came from UK factories. Now less than 2% do so.  Even if services – which are much less price sensitive, and where we have natural advantages in our geography, our legal system, our universities and the orientation of our workforce – are included, our total share of world trade has fallen from 10.7% in 1950 to 2.5% now.

Our lack of competitiveness has caused the UK massively to deindustrialise. Manufacturing as a percentage of GDP has fallen from almost a third as late as 1970 to less than 10% now.  At about 17% of GDP, UK investment  is a third lower than the 25% world average and the amount we spend on high powered investment is now close  to the deprecation charged on existing assets No wonder we have a productivity problem!

The UK’s manufacturing decline matters for at least four inter-related reasons. Manufacturing produces better, steadier and more satisfying jobs than much of the service sector, with a more even spread of talent required. Swathes of the UK, particularly outside London and the South East do not have enough to sell to the rest of the world to pay their way and more manufacturing industry is much the best solution to this problem. We have a chronic balance of payments deficit and manufactures are much more likely to fill this gap than services  Above all, increases in productivity are much easier to secure in manufacturing than in services where they are notoriously difficult to achieve.

So, what is the key to getting our growth rate up by, say, a cumulative 2% per annum, raising our overall annual expansion to 3% to 4% – about the world average? It is to use a sufficiently competitive exchange rate to make it profitable to site new industrial capacity in the UK rather than elsewhere and thus to trigger a big rise in investment, particularly of the most high-powered kind. We need to shift about 4% of our GDP out of consumption and into investment capable of generating 50% social rates of return 50% of 4% equals the 2% extra every year we need. If implemented now, this would make us 20% better off than we would otherwise be by 2030, in ten years’ time.

Could this be done? Yes, it could. This is what counties all over the world, rich and poor, regularly do. Could the mindset among UK politicians, academics, think tanks, the media and public opinion be altered to make the changes we need possible? That is a different issue. Time will tell. But if we don’t, the economic, social political and international risks of another decade of stagnation may be much greater than those involved in getting our exchange rate down to a competitive level. Faced with recovery from Covid-19, the challenge to make Brexit a success and the urgent need to get our economy rebalanced to perform better, we need to be brave.

John Mills is the founder and chairman of JML Ltd a major importer of manufactured goods into the UK from China and elsewhere.