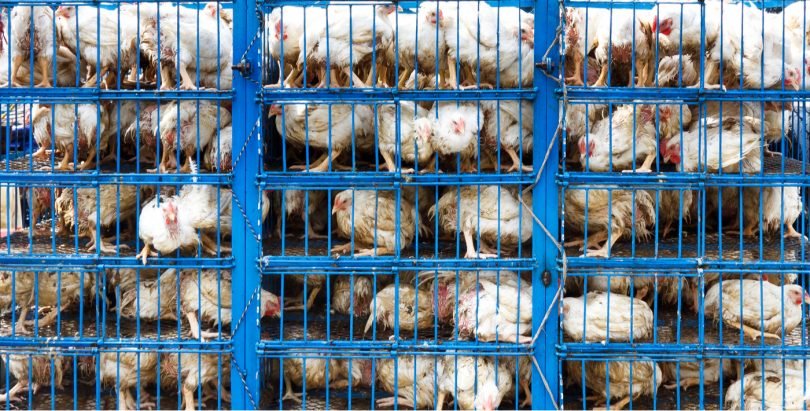 Protectionism on the misleading pretext of ‘lower standards’ or animal welfare is not the best future for British agriculture or for British consumers. Good quality cheap food can and should be imported, and British family farmers can and should find profitable markets abroad for specialised quality products. Factory Farming is already established in the UK and a US trade deal is not the cause. Lazy agricultural protectionism should not be used as a barrier to trade deals potentially benefiting all.

For the longer more in-depth version of this article, please click here.

The state of play

Last week, the current Environment Secretary, George Eustice, the former Environment Secretary, Theresa Villiers and the President of the National Farmers Union, Minette Batters, warned that British farmers “will go out of business” as a consequence of the UK signing a trade deal with the United States. Supporters of the amendments to the Government’s Agriculture Bill believe that the US trade deal will “flood the UK market with cheap, substandard meat”.

Although the amendments to the bill were defeated in the Commons, the Bill goes to the House of Lords this week where protectionist supplicants will try again. Unusually this debate is not about ‘chlorine washed’ chicken but about ‘feed lot’ cattle.

However, the UK should call out the protectionist propaganda implying that lower priced imports are necessarily ‘substandard’ and focus on the potential benefits of a US trade deal for UK farmers as well as other UK industries instead.

A country with a lower cost of living, lower wages and cheaper farming land coupled with a relatively lower currency, will be able to produce agricultural products for a lower cost than the UK without resorting to untoward farming practices. In fact it is much cheaper to let cattle or sheep forage on the open grass lands in Argentina (land mass one million square miles) or Australia (three million square miles), than it is to let them live in a barn in Europe during the harsh winters. So it would be misleading for British politicians to claim that the lower production costs of farmers in countries with temperate climates must be due to substandard production processes. They aren’t. They just don’t have the cost of building, maintaining and cleaning out sheds each week.

Not only are Argentina and Australia bigger than the UK, some of the US’s larger agricultural states are as well, Texas is almost three times the size. These states also have lower costs of living and lower wages than the UK as well as much more farm land. That doesn’t mean that US farmers don’t keep cattle in feed lots: some do, some don’t and some do some of the time – usually just before the cattle go to market. But then, so do some UK farmers.

But some of the higher production costs that UK farmers must endure have been exacerbated by the UK’s own laws. Farm land is exempt from death duties and the EU’s Common Agricultural Policy payments (CAP) that are proportional to land size have both increased the value of UK farmland. So Instead of helping struggling farmers, the largest land owners, often running the largest and most competitive farms but sometimes not running farms at all, receive most of the benefit.

The irrational fear of US feed-lots can only be seen as protectionist as factory farming is already well established in the UK. According to Compassion in World Farming, in 2017, the UK had 789 ‘US-Style’ mega farms. That is a factory farm warehousing more than 40,000 birds, 2,000 pigs or 750 breeding sows. The largest UK mega poultry factory-farm houses 1.7 million birds, the biggest UK pig factory-farm holds about 23,000 pigs, while the biggest UK cattle factory-farm houses about 3,000 animals. The idea that signing a trade deal with the US will flood the UK with cheap substandard meat does appear to be shutting the gate after the horses have bolted. The UK’s own farmers are already doing this.

However, If UK consumers are happy to eat intensively farmed chicken, pork or beef, then that is their prerogative. Factory farming has lowered the cost of protein for millions of consumers. However I would rather see the UK import free range meat from lower cost producers, such as Australia, Argentina or New Zealand, than legislate to protect their own factory farmers from international competition.

Right now, UK consumers have a choice in every supermarket, whether they are buying chicken, pork, lamb or beef, all of these meats are available in choices from budget, branded, specialist feed,  a particular breed, free range, organic, even pre-prepared with an accompanying gourmet sauce.

However, If politicians really want to improve animal welfare, then they should make sure that consumers know how all meat sold in the UK has been produced, regardless of whether it is from imported or domestic production. Labels should state not just the exceptional, such as free range, grass fed or organic, but also the ordinary – intensively farmed. Maybe even a photograph of the animals’ living conditions.

Other products require truth in advertising but not our food – why not? Why do we let producers use a drawing of a hen outside a 1930’s style barn on a carton of eggs, when the eggs come from hens stacked in metal cages, inside giant warehouses?

The future of British family farms

UK family farmers don’t have the benefit of a low currency, or cheap farm land or a low cost of living – but they do have, or could develop, a superior product that they would be able to sell at a price that covers their higher cost of production. But like any other private business if they are to survive, they have to ruthlessly assess what they can produce competitively and be open minded about the possibilities.

Farmers must also stop believing that people only want cheap food. They don’t. The UKs largest agricultural export is Whisky, and the UK didn’t export 374 million litres of whisky in 2018 because it is cheap but because it is considered the best.

At a certain level of affluence, price ceases to be the only criterion of choice. Although basic economic theory tells us that the amount that people spend on food will become a smaller and smaller part of their total consumption as they become more affluent. This theory only appears to hold, up to a certain level of affluence. When people have enough of the basics, they begin to spend more of their income on food, opting for eating in restaurants, having meals delivered or buying semi prepared food. Many people also pay more for food they perceive to be better quality, or free from additives or ethically produced. We know this because if there were not a market for these choices they would not be available in every supermarket in the land.

British family farmers should accept they will never be feeding the country’s poorest—that will be done by factory farms whether in the UK or abroad—but they could be feeding the world’s affluent if they: concentrate on producing a high quality product; pay more attention to branding; advertise their higher standards of animal welfare; and promote grass fed cattle over feed lot cattle. There is a market for this.

Australia now has a free trade agreement with the USA. It includes beef, a commodity that both countries produce very efficiently, and amusingly consumers in both countries buy beef from the other, without driving either out of business. But grass fed Australian beef is now the more expensive commodity in Australia, retailing at about 30% more than grain fed beef. Grass fed beef is strictly labelled and supermarkets are fined for mislabelling. Grass-fed beef is popular for not only for being higher welfare but also for containing less fat and more omega 3 fatty acids.

The benefits of a US UK trade agreement

Trade is rarely a one way process. Most countries see trading into the US market as a potential gold mine rather than fearing competition in their home market. Many UK exporters, such as Burberry, Mackintosh, McLaren, Range Rover and JCB, may all face competition from a US trade deal – but they are not demanding protection from US “substandard” products. If their US competitors are really producing to a lower standard, then that will make it easier to sell into the massive US market, with the added advantage of their products now being tariff free.

Many British family farmers may discover that some Americans prefer to eat grass fed Hereford beef or Welsh lamb or Scottish smoked salmon. Even British sausages are different to their American ‘hot dog’ cousins. The UK could possibly even export grouse, partridge or pheasant, who knows. Despite kangaroo being a delicious meat, Australians never commercialised its production until they discovered in the 1980s that they could sell it to the Japanese. Trade produces some unexpected windfalls.

Provided food is safe to eat, if it can be imported at lower prices from other parts of the world – it should be. The UK population should be allowed to eat less expensive, imported food if they want to. Why would any politician want to prevent them from doing so by restricting imports?

If the UK family farmers want to survive, they need to produce a better product, one that people are prepared to pay for and make sure their customers know how to recognise their brand.

UK politicians should let consumers decide what they want to eat and let trade provide the most efficiently produced products to meet that demand. All politicians need to do is to ensure that the choices are clearly and strictly labelled.

Catherine McBride is an economist with long experience in the financial and commodity derivative markets, and is a regular contributor to Briefings for Britain.