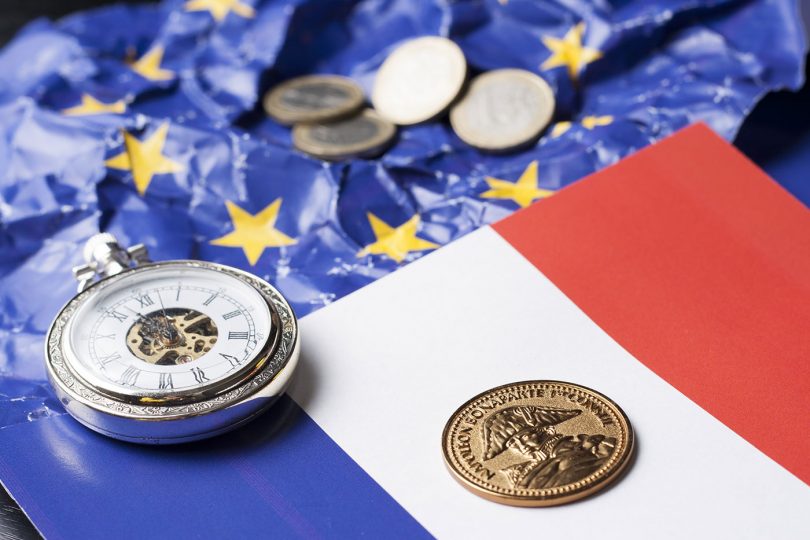 In the latest in the BfB Global Strategy after Brexit series, Professor John Keiger reminds us that almost 50 years before Brexit, there was a ‘Frexit’: France left the military command structure of NATO. Despite ill feeling, France was not ‘punished’, indeed the process was facilitated in the interests of the alliance. By similarly smoothing Britain’s withdrawal rather than hampering it, President Macron would secure a longer term advantage for France and for Europe.

Almost 50 years before Brexit, there was a ‘Frexit’: France shocked her allies in March 1966 by giving notice of her withdrawal from an international community of largely European states (plus the USA and Canada), of which she had been a member for 17 years, on the grounds that she wished to regain her national sovereignty. French withdrawal from the integrated military command of NATO was complete within two years. Though France remained a member of the Atlantic Council and subsequently negotiated a continued role in certain NATO institutions, she left the all important collective military command which France’s president General de Gaulle claimed bridled her independence and her ability to play a world role. He was particularly hostile to NATO’s strategy of ever-increasing integration.

The similarities and differences between this early ‘Frexit’ and future Brexit are instructive. France and Britain are two very similar medium-sized powers in terms of population (66 million), economy (5th or 6th world-ranking GDP), international power (permanent members of UN security council, G7, G20), military power and force projection (NATO nuclear powers with similar defence expenditure), and with comparable imperial histories. Of all the European states they are arguably the two with the most heightened sense of national sovereignty. And yet they choose to allow limits to be placed on that sovereignty by supranational bodies for dissimilar reasons.

France has been happy to see her national sovereignty subsumed in the European Union’s supranational institutions because she perceives them as a force multiplier for her economy — which has rarely cherished free trade — and for her foreign and defence policy, affording her greater world-wide influence. But NATO, after General de Gaulle’s return as head of state after 1958, was seen by contrast as a force reducer because of the limits placed on her collectivised military assets by the dominance of the Anglo-Americans.

Britain, by contrast, has always been willing to see her national sovereignty and independence limited by membership of NATO and her ‘special relationship’ with the US, because, in London’s view, they allow her to punch above her weight on the international scene at reduced cost.  However, the perception of the European Union, which she joined in a fit of ‘declinist’ panic in 1973, is perceived as limiting her national sovereignty, including her age-old and cherished commitment to international free trade.

The shock that the 1966 ‘Frexit’ provoked amongst France’s NATO allies has long disappeared from French national memory. But despite widespread criticism at the time that France’s act smacked of nationalist arrogance and a disloyalty likely to weaken the collective security of the West, rather than ‘punishing’ her, as certain members of the US administration in Europe suggested at the time, President Lyndon Johnson ordered that France’s request be executed efficaciously and without rancour. NATO allies realised that a vindictive response might be counter-productive and that an accommodating approach might in the long term benefit all. So it proved with for example the secret accords between US and French officials, the Lemnitzer-Ailleret Agreements, which detailed how in the event of east-west hostilities French forces could reintegrate NATO’s command structure. At the same time the French were not averse to cherry-picking those areas from which they did not wish to withdraw, such as the NADGE air defence system, which was so much more efficient than their own and which continued to act as their early warning system for decades later.

To President Macron,who has his finger on the pulse of history, digging out the story of France’s selective withdrawal from NATO institutions could prove instructive as to how France should deal with Britain’s negotiated departure from most EU institutions.  France’s future, whether economic, given her enormous trade surplus with Britain, or in the realm of foreign defence and security policy, will remain linked with that of Britain for the foreseeable future. France and Britain’s defence budgets alone account for half of all European defence spending. France’s foreign and defence establishment has long acknowledged that it is really only with Britain that it can partner effectively in international institutions and in terms of force projection play a world role. France’s 2017 Strategic Review of Defence and National Security says as much. Despite the large political, strategic, financial and logistic problems created, France was not ‘punished’ for her withdrawal from NATO’s integrated command, indeed the process was facilitated. President Macron should bear in mind that President Johnson’s conciliatory approach bore fruit: if anything, after 1966 the French felt that they had to demonstrate a heightened solidarity to their NATO allies by participating more actively than most members in NATO missions such as Bosnia, Kosovo or Afghanistan. By smoothing Britain’s withdrawal rather than hampering it, Macron would secure a longer term advantage for France and for Europe.

Professor John Keiger is  a Director of Research at the Department of Politics and International Studies at the University of Cambridge.