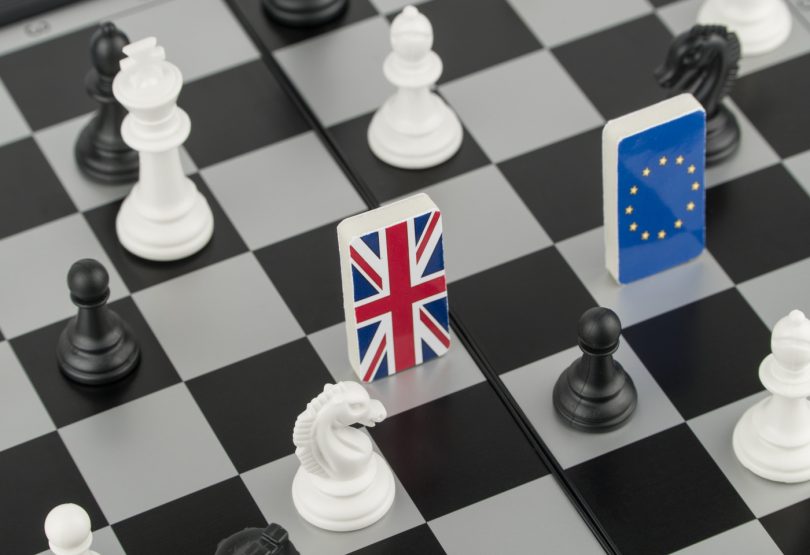 Professor David Blake describes how the EU has cornered the UK at every turn.

First was the divorce bill. The UK agreed to pay a £40bn settlement when under international law there was no legal obligation to pay any bill to leave the EU club. But we made this an act of good will. However, there was supposed to be a quid pro quo. In exchange, we would be offered a comprehensive free trade agreement, like the one offered to Canada. It would be even better and include a comprehensive deal on services as well as goods.  It would be Canada Plus Plus Plus. But the moment we agreed to pay the divorce bill, the EU withdrew the offer of any Canada-style deal. It suddenly remembered that the UK is much closer geographically to the EU than Canada and so could not possibly be offered the same terms as Canada. Well any excuse will do.

Second was the Withdrawal Agreement’s Irish Protocol.  The EU’s major concern was the land border between Northern Ireland and the Republic, leaving open the possibility that goods could illegally flood the EU’s precious Single Market from across the border. Only a tiny proportion of EU trade with the UK crosses this border, and Irish and UK customs officers were quietly working on a solution to stop illegal cross-border trade in precisely the same way they had done with other illegal transactions, like red diesel.

But the Irish premier, Leo Varadkar, under instructions from the EU, stopped these talks. Instead, the EU saw an opportunity to turn its greatest weakness into its greatest strength by weaponising the Northern Irish Troubles. Preserving ‘peace’ on the island of Ireland became the EU’s most important public objective and so the Northern Irish Protocol was dreamt up. But the real aim was to trap one part of the UK in the EU’s regulatory orbit. And this, in due course, could be used to ensnare the rest of the UK. Martin Selmayr, then secretary-general of the European Commission, freely admitted that the loss of Northern Ireland would be the price of Brexit. The EU is not interested in peace, it is interested in power:  it thinks nothing about locking up nine Catalan rebel leaders.

Theresa May and Olly Robbins went along with all this – in fact they suggested the Protocol ‒ since it was part of a secret agreement they had with Angela Merkel that would make the reality of Brexit so harsh that the UK would be begging to rejoin the EU in due course. Boris Johnson’s changes to the Withdrawal Agreement did not negate this. Gavin Barwell, May’s chief of staff, has boasted that Johnson’s Withdrawal Agreement was 95% May’s.  Johnson’s most significant change was the removal of articles keeping Great Britain in the EU Single Market, but at the cost of a border in the Irish Sea between GB and Northern Ireland – thereby threatening the integrity of the UK’s own Single Market.

Having laid the trap that UK negotiators at the time willingly fell into, the EU was all set up for the third stage of the negotiations, the future trading arrangements. What the EU wanted was three things.

First was to protect its £100bn trade surplus in goods with us. It would allow tariff- and quota-free trade in goods, but only if we agreed to follow all EU rules and any changes in those rules in perpetuity. Again, this was to ‘protect the integrity’ of the EU Single Market from unfair competition. In fact, from any competition, since the protectionist EU does not like competition.  Hence, the ‘level playing field’ requirements.  But these are anything but level. We would have to report any state aid to the EU, but there is no full requirement to reciprocate.  It proposes to impose lightning tariffs on us if it decides we have broken the rules, but we cannot reciprocate. We are EU’s  biggest external customer and it has a huge trade surplus with us, but as the EU constantly reminds us – and the Brussels Broadcasting Corporation ­faithfully reports ‒ it is the UK which is being offered ‘privileged access’ to the EU Single Market. Not once has our side used the evidence that the EU’s huge trade surplus is due to a structurally undervalued euro which allows it to treat us as its dumping ground.

Second, the EU wants to keep its existing access to our fishing waters, something that Edward Heath disgracefully gave away for nothing in the final stages of the negotiations to enter the EU in 1973. The EU has been taking us for a ride for 48 years so why should it stop now. It has spent most of the last year discussing issues that matter only to it ‒ continuing free access to a captive goods market and retaining the bulk of the fish caught in the UK sovereign waters.

The third issue is services where we have a £20bn trade surplus with the EU. It is offering absolutely no deal on services. In particular, it wants to make it very difficult for the UK to sell financial services in the EU. This is part of a French plan to take Europe’s financial services from London to Paris. To achieve this, the EU is refusing to offer either mutual recognition or even equivalence to our financial services. This is in addition to the threat from the European Parliament to stop British planes and lorries entering the EU after 31 December unless the UK agrees to follow EU competition rules.

This then is the deal that our negotiators are about to sign up to. Everything is agreed until nothing is agreed. We are in danger of getting virtually nothing from this trade deal, while the EU gets everything it asked for. This is what Boris Johnson will try to sell as ‘getting Brexit done’.

David Blake, Professor of Economics, City University of London, and a member of Economists for Free Trade