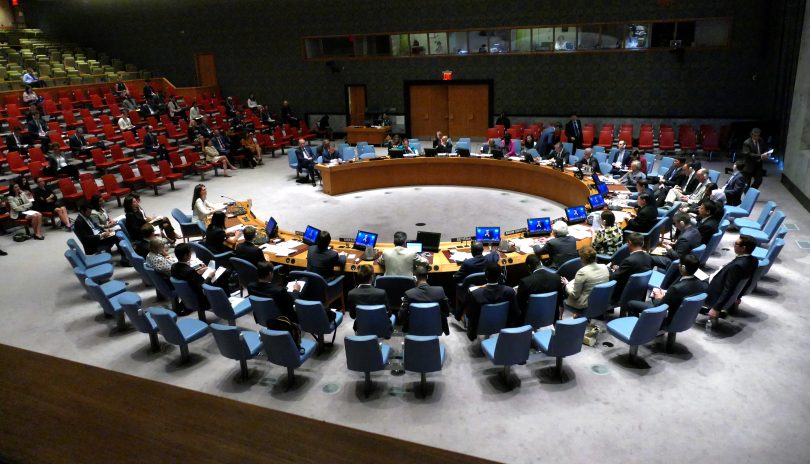 The UK also enjoys a uniquely close bilateral intelligence and security relationship with the US, unmatched by other nations. It also has global reach thanks to ‘Five Eyes’, the phrase which is used to describe the close intelligence and security alliance of the principle anglophone countries: namely the UK, the USA, Canada, Australia and New Zealand. This has not been weakened by the UK’s EU membership but carefully preserved particularly in some sensitive technical areas. No other European nation has an equivalent set of relationships producing operational and intelligence benefit stretching way beyond the European continent.  No other European nation has an intelligence and security community with the breadth, depth, experience, reach and continuity of the UK’s.

The UK has never ceded to the European Commission any powers in the crucial area of its national security (with the exception of some aspects of policing and justice). It has been British policy to ensure that the Commission did not develop its own operational intelligence and security capability and the UK has successfully opposed any consideration of the creation of a European wide service which has on occasion been mooted by some of the smaller EU member states. (The UK’s insistence on striking out all references to national security in the draft European Constitution, which in the end was not ratified at the Lisbon Conference in 2007, illustrates the consistency of the UK’s approach).

However EU member states have over time created two main informal intelligence and security ‘clubs’ (there are also some smaller ad hoc regional gatherings covering Scandinavia and the Nordic countries, and Mediterranean countries). The Club de Berne brings together the EU member states’ domestic security services including the non members Norway and Switzerland. The Club de Madrid is the equivalent body for intelligence services, but a much later creation than the Club de Berne, and the ‘Kiloton’ network which allows for the distribution of security information to the members of the Club de Berne. The UK is a major presence in these groups and they will be seriously weakened if the UK is not invited to continue its membership. However none of these organisation have any operational capability and they exist more for networking and the general exchange of ideas. The Kiloton network also functions at a low level of secrecy and is insecure for the transmission of sensitive intelligence because of the breadth of it membership.

Within the Commission there is a classified body know as the InCen, previously the SitCen, which produces intelligence assessments to support the formation of European defence and security policy. It is staffed with intelligence analysts from member states and has been heavily reliant on the British intelligence contribution which far outweighs that of any other nation. The InCen does not have any operational functions. The UK conducts bilateral liaisons in intelligence and security matters with every EU member state completely independent of Brussels. The Commission remains unaware of the detailed nature and content of these links. They include the exchange of intelligence, operational cooperation on specific casework, and the provision of training and advice by the UK services. For each member state their liaison partnership with the UK, particularly on issues such as counter terrorism and intelligence on Russian policy and intentions, is likely to be their primary European intelligence and security link. The UK has also played a leading intelligence role in recent European crises such as the war in the Balkans and former Yugoslavia and the Russian interference in Eastern Ukraine. The UK’s closest European bilateral partner in this general area is France where special levels of trust have been built up over many years of working closely together. President Macron’s recent visit to the UK indicates that Brexit is most unlikely to effect this important relationship and equally the relationship with other EU member states is unlikely to change in either the quantity or quality of their exchanges.

What will change as a result of Brexit in this overall area? In short not very much and it is difficult to see any EU member state managing its security and intelligence affairs efficiently without British support. The expectation must be that their reliance on the British partnership will continue but it will obviously be of greater importance to some countries than others. Where the relationship with Europe will change is where there is a specific legal context to exchanges: for example the European Arrest Warrant, the sharing of data, and membership of Europol. However it is likely that these issues can be solved separately with the possible exception of the controversial Europe Arrest Warrant (as that implies acceptance of the jurisdiction of the European Court of Justice).

A note about the Schengen Area: Since the UK and Ireland opted out of the Schengen Area in which member countries are supposed to have abolished border controls between each other, Brexit need have no impact on UK intelligence and security matters in so far as they relate to border controls. There may , of course, be changes as a result of whatever is agreed about trade and migration but these are unlikely to impact significantly on  existing intelligence and security relationships. (It is worth noting that border controls have been ‘temporarily’ reimposed in the Schengen area by Austria, Germany, Hungary, Denmark, Sweden, and France while Bulgaria, Cyprus, and Romania have yet to join Schengen).