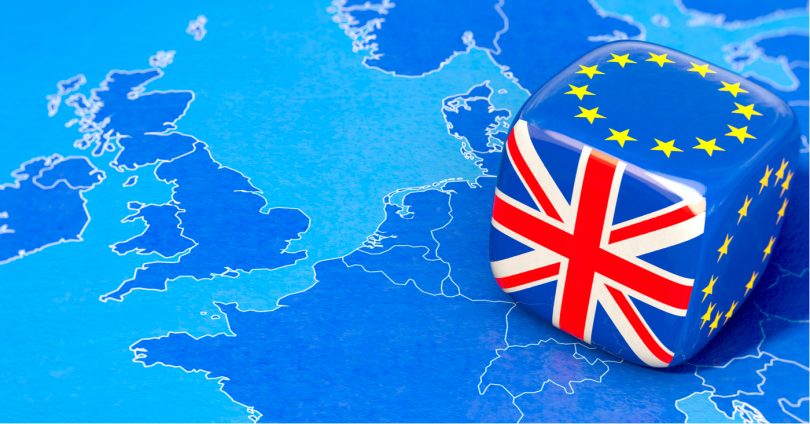 The EU’s actions over the last two weeks show that it is not aiming at a free trade agreement with the UK, but instead to protect itself against international competition and deter other EU member states from following the same path as the UK. Underlying this policy is the EU’s dangerous retreat from free trade towards an inward-looking and imperialist economic model.

If it wasn’t already obvious, the EU’s actions over the last two weeks should make it crystal clear that it is not really interested in a free trade agreement with the UK. We have already argued before that the EU got most of what it really wanted in the withdrawal agreement, and that its primary aim in the next phase of talks is not be to get a mutually advantageous trade deal but to achieve the maximum degree of political and economic control over the UK. Their recent actions, adding ever more extreme demands and preconditions to any free trade deal, have confirmed this.

The UK government, by proposing a Canada-style free trade deal with no regulatory alignment or other onerous economic conditions, has smoked the EU out. Three years ago, the EU Commission produced a ‘waterfall’ chart showing a Canada-style deal as the likely end point for the UK-EU future relationship. They also argued that the UK must choose from a range of existing models of EU trade relations with other economies, including the Canada deal – a ‘bespoke’ deal was not available.

But this week, Monsieur Barnier announced that a Canada deal was, in fact, not available. Moreover, the EU now argues that the future relationship with the UK must be ‘unique’. So, the Commission has completely shifted its ground, at least publicly. In reality it is likely that the EU was never serious about agreeing a Canada-style deal as it assumed the UK government would not be interested in such an arrangement.

Let’s look at some of the EU’s recent arguments as to why a Canada-style deal is not acceptable:

The EU’s real motives are twofold – to protect itself against sharper international competition and to prevent other EU member states from being encouraged to follow the same path as the UK.

It’s ironic that while UK Remainers agonise endlessly over the supposed disastrous effects of the UK breaking away from the EU’s trade and regulatory system, the EU Commission appears to fear the precise opposite – that such a breakaway will allow a more nimble UK to thrive and leave the EU in its wake, and that such an outcome might encourage other member states to follow the UK out of the door.

Indeed, the EU actually appears to accept the argument recently advanced by David Frost that what the UK does domestically in terms of altering and improving its economic model is more important than trade arrangements. Clearly the EU doesn’t believe non-tariff barriers are going to be 20% or 30% of trade values as some UK Remainers have claimed after the UK leaves the single market and customs union – if there were going to be barriers of this scale, ‘geographical proximity’ would hardly matter and UK businesses’ competitiveness in the EU would be hobbled regardless of clever changes of UK regulation.

The EU’s near-paranoia in these areas also needs to be put in the context of its steady retreat from the principles of free trade and towards a more inward-looking and imperialist economic model.

This has been apparent since the failure of free trade talks with the US a few years ago, when one of the key arguments being used in the EU against such a deal was that it would risk diverting trade from among EU states towards the US and thus weaken the impulse to political union in the EU.

More recently, we have seen the proposed Mercosur trade deal running into the sand as EU agricultural interests have blocked it and there is even a risk that Canada’s trade deal with the EU will collapse because of opposition in the Netherlands – despite the fact the Canadians are complaining bitterly that it has not yielded anything like the upside hoped for by them on agricultural trade.

It seems that right now, the EU is only interested in trade deals that contain elements that forward its political goals – such as exporting its regulatory system and the jurisdiction of the ECJ, creating captive markets for its exports and drawing other countries into its expanding security arrangements. The EU’s attempts to preserve its control of UK fishing grounds also fit into this pattern – that is arguably as much about strategic political goals as preserving the livelihoods of EU fishermen.

The UK government now needs to accept that – for the moment at least – the EU will not agree a trade deal that is compatible with the core aims of Brexit. The recent actions of EU member states to harden even further the already-extreme negotiating mandate of the EU Commission also show that this is not just a problem of the EU technocrats – it’s a problem of the EU political class as a whole.

If it wants an eventual deal, the UK government will need to take actions now that will try to force the EU off its existing position. It should start by legislating for a new fisheries system that rules out the EU’s demands in this area and make preparations for proper enforcement of UK waters. It should then accelerate trade talks with willing partners which will cut across the EU’s demands for regulatory alignment and which will seriously threaten the EU’s massive trade surplus with the UK. This will require in particular that the UK scraps some of the most restrictive elements of the EU agricultural regime. Legislation should also be introduced that will amend or scrap some of the most damaging EU rules as of 1.1.2021, including in financial services.

The downsides of such moves by the UK now are very small, given that it is clear the EU has no intention of agreeing a sensible free trade deal. Any ‘deal’ on offer would give the UK only very modest additional access to EU markets over and above WTO rules while involving significant costs to the UK in terms of loss of freedom of action. Any suggestions that the UK should try to entice the EU into a deal with concessions should be ignored – after three years it must now be clear that whatever concessions the UK makes will be pocketed by the EU with no reciprocation. The UK government needs to chart its own course.

‘Harry Western’ is a senior economist working in the private sector.