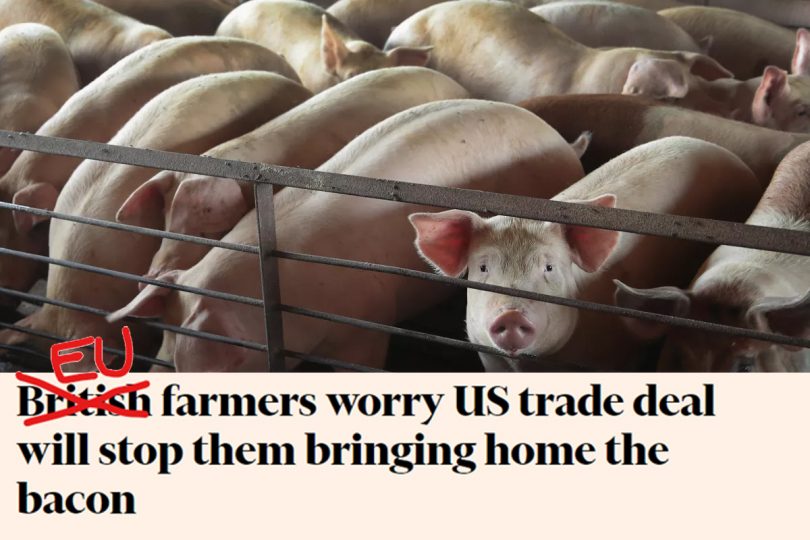 In yet another last ditch stand, the Remainer undead are trying to scupper a US UK trade deal by alleging that US farming standards are inferior to the UK’s, and that UK consumers are too stupid to make decisions about what food they want to buy. They have even proposed that the Government should add tariffs on agricultural imports of 60% to protect a handful of UK Free Range pig farmers even though the UK imports 40% of its pork. Theses protectionists have also failed to explain why it is fine for the UK to produce most of its own pork in feedlots and for the UK to import pork from EU feedlots but not from US feedlots.

Last week the Financial Times became the EU pig farmers’ useful idiot by writing a story about one of the very few free range pig farmers in the UK and purporting that this is a typical British farmer who will be unable to compete with big US mass produced pork. While this blatant propaganda piece is obvious to anyone who knows even as little bit about UK farming, the FT has identified a key reason why any trade deal between the UK and the US will be difficult: so many of the UK’s twittering classes know nothing about how their food is produced yet all of them firmly believe that UK food is produced to ‘some of the highest animal welfare standards in the world’. The operative words being ‘some of’.

Some of the facts you should know about UK pig farming

Some of the facts about EU pig farming

Some facts about US Pig Farming

Competition and choice in farm products 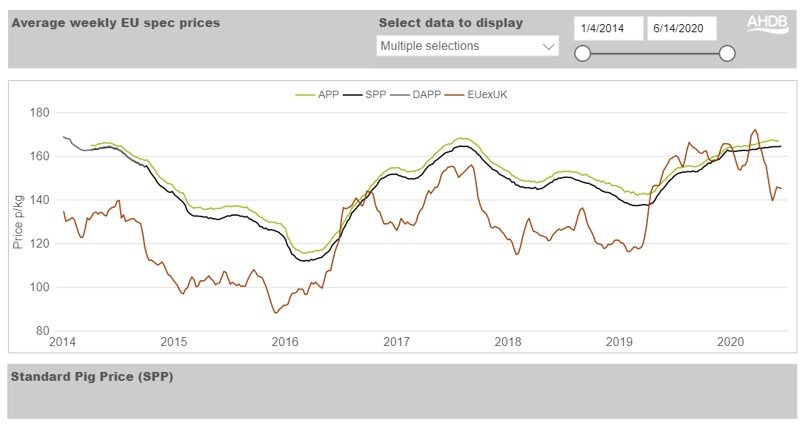 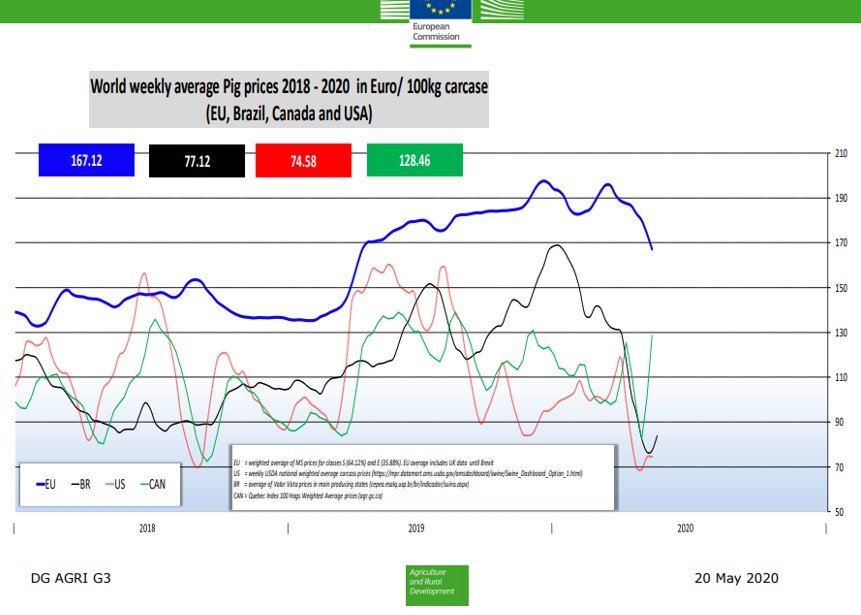 Consumer action groups and the misunderstanding of farming practices

If a farm cannot survive without government subsidies or protection from competition, then it is not a business it is a hobby. The UK Government should not force consumers to pay more than they have to for food in order to protect someone’s hobby. How can the UK media be extolling Raheem Sterling for admitting that he relied on free school meals as a child on Monday and then demanding that the government keep food prices high to protect hobby farmers on Wednesday? Where is the joined up thinking?

Both Free Range and Feedlot pork is available in both the UK and the US, the difference between them is not about geography but price. Consumers should be allowed to spend as much or a little as they like on meat. Just label it, price it to cover your costs, and let consumers decide.