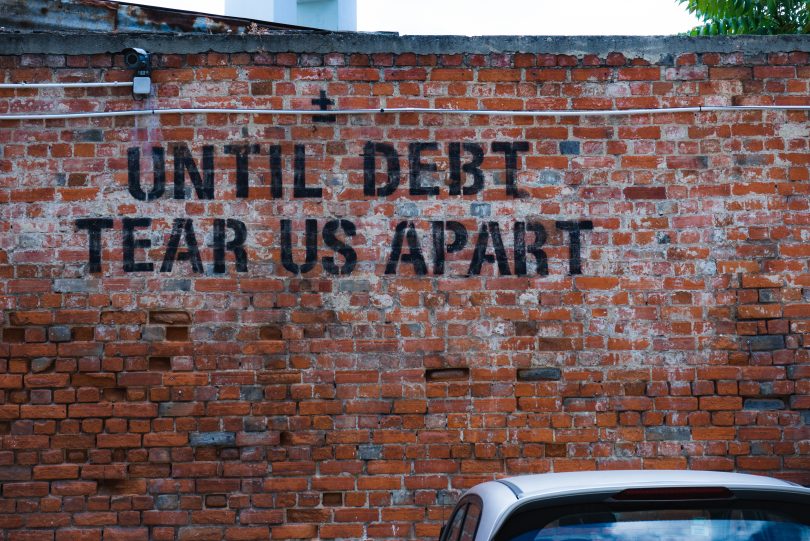 The UK faces a range of unforeseen challenges as it leaves the EU Single Market and Customs Union at the end of the year. One worry suggested by some financial commentators is that the Covid pandemic will leave the UK with an unsustainable public debt. This article argues that this does not represent a serious problem.

Step by step the outline of post-Brexit Britain is becoming clearer. It is true that we do not yet know whether we will get a free-trade deal with the EU but my assumption has always been that we will do so, albeit in the last minute scramble in which the EU specialises. Other trade matters are becoming clearer. The UK’s intention to apply to join the Trans-Pacific Partnership free trade area has been welcomed by several of its 11 members including Japan (which wants a swift FTA even outside the TPP). The TPP currently includes four commonwealth members and the USA was about to join until Donald Trump became President and will probably do so when he leaves office. South Korea, Taiwan and four other Asian and Latin American countries have also expressed interest in joining. Together an enlarged TPP would account for 30% of UK exports in a fast-growing market, with a UK trade surplus of £50 billion. It is not inconceivable that this market would eclipse the EU as a destination for UK exports within a few years.

The bigger short-term uncertainty is the coronavirus pandemic. We can hope for, and can reasonably expect, a vaccine by the end of this year and can thus look forward to 2021 as a year without major disruption from the virus itself. The hangover from the economic damage wrought by the virus in 2020 is another matter. Although most of the UK economy is returning to something close to normal, several sectors will continue to struggle. Chief among these are airlines, aircraft production, hotels and restaurants. High street shops are likely to permanently lose business to online retailers, but this is a switch rather than a complete loss.

The worst of the economic damage has been done in the three-month period, April to June, but even so the loss of annual output in 2020 is likely to amount to between 6% – 10% of GDP. Some of that will be made up by an economic rebound in 2021 and economic life will go on, if not completely as before, then not too recognisably different. More people will work from home and some office blocks will be converted to dwellings as happened after the banking crisis of 2008/9.

One thing that will not go away will be the greatly increased public sector debt.  The Government is on track to spend a huge £188 billion on its various schemes to tackle the impact of the virus and will probably lose £116 billion in tax revenues. Altogether the public sector’s annual deficit is likely to grow by over £300 billion (15% of GDP) in 2020 a direct consequence of the virus. The total debt of the public sector had already doubled to 85% of GDP since the banking crisis of 2008, and will top 100% as a result of this year’s burgeoning deficit. Although the annual deficit will return to something more normal next year the aggregate debt will remain close to 100% of GDP for many years to come.

Does this matter? Many families have mortgage debts at 300% or more of their annual income without worrying as long as their homes are worth more than the debt. Government debt is different in that there is not an obvious asset to sell to pay off the debt (but then neither could all families sell their homes at once to liquidate their debts). Instead the Government’s debt is backed by its tax revenues which most of its creditors view as an utterly reliable source of funds service the debt. Fast rising indebtedness has not mattered to investors, the prices of both shares and government bonds are up, and not down as Cassandras would predict.

In fact, interest rates have now come down so far that annual payments of interest on the debt are at a historic low. The Government can issue 10-year bonds at an interest cost of under a quarter of 1%. The interest on the £300 billion of Covid-related borrowing this year would thus be minimal. In fact, the position is even better than this. The Bank of England’s, quaintly misnamed, Quantitative Easing programme involves buying back most of the bonds which the government sells to pension funds and other private sector buyers. The Bank already holds 23% of the total government debt and this proportion is set to rise fast as it buys more in its £300 billion QE purchases this year.

The new Governor of the Bank of England, Andrew Bailey, likes to say that the Bank does not print money to fund the Government but most economists recognise that Quantitative Easing involves financing the Government with newly printed money at one remove. The Government will sell an extra £300 billion of bonds to the private sector this year and the Bank of England will buy back a similar amount in return for money it simply prints.   Moreover, the Bank has had an arrangement since 2011 that it forgoes most of the interest on these bonds. One arm of government paying interest to another arm makes as little sense as husbands and wives paying interest to each other. On a smaller scale the Bank also provides overdraft facilities to the Government through its Ways and Means Account, again by printing money.

Why then do people worry about Government debt? The first thing to say is that in financially undisciplined countries things can get out of hand. If a government attempts to spend more than the economy can possibly produce, it generates balance of payments deficits leading to currency collapse and inflation. Zimbabwe is often cited, but here, the government wrecked the economy through land reform while printing vast amounts of money to pay its military and employees. The situation facing the UK is almost the opposite. The task in combatting the pandemic is to preserve the UK’s productive capacity and to support demand so that companies do not collapse. The low cost of debt means that the Government can finance almost any rescue scheme it is able to organise. Much better that the Government should incur the debt than leaving it to individual companies which might go bust. The Government could even issue perpetual bonds (known as Consols) as it did in wartime which need not be repaid at all, as George Soros and Patrick Minford have both advocated but in practice any long-dated bonds would suffice.

A worry for commentators like Liam Halligan is that printing money is ‘a dangerous addiction’ (Spectator July 9th). For Liam, we have become dependent on Quantitative Easing – ‘the economic equivalent of crack cocaine’. ‘What happens’, he says, ‘if bond markets rebel and market interest rates spike’? ‘Sky high share valuations amid crashing growth set us up for collapse …. This cannot end well’, he argues.

His basic point is that ‘hosing economies with liquidity does not make them grow faster’. What he fails to recognise is that as in the banking crisis, the printing of money in the pandemic has prevented economic collapse. The difference between growing faster and preventing collapse is mere semantics. We might reasonably argue that the commercial banks should not have got themselves into such a vulnerable position in 2008 and that the UK should have been much better prepared for a pandemic in 2020. But since the UK did get into a mess on both occasions, it is not obvious to me that there is a better way out than increasing borrowing. If the Bank of England did not back this by printing money via Quantitative Easing, then interest rates would have risen in order to persuade the pension funds and others to buy the extra bonds. Higher interest rates would have made the situation worse not better.

Liam Halligan is right to warn against a growing addiction, but I see no sign of this. Responsible governments know when an emergency demands unconventional action. So here is an early New Year resolution. Next January will see the UK finally emerge from the EU’s economic clutches with a free trade agreement. It will already have other FTAs with Japan and perhaps the USA and be on its way to joining one of the World’s largest and fastest growth trade associations.  We will have emerged from the pandemic and no-one much will notice the debt. After all, Japan has had a debt twice as large for decades and we grew rapidly through the post-war decades with a much higher debt than we now face. Let’s worry about something else.