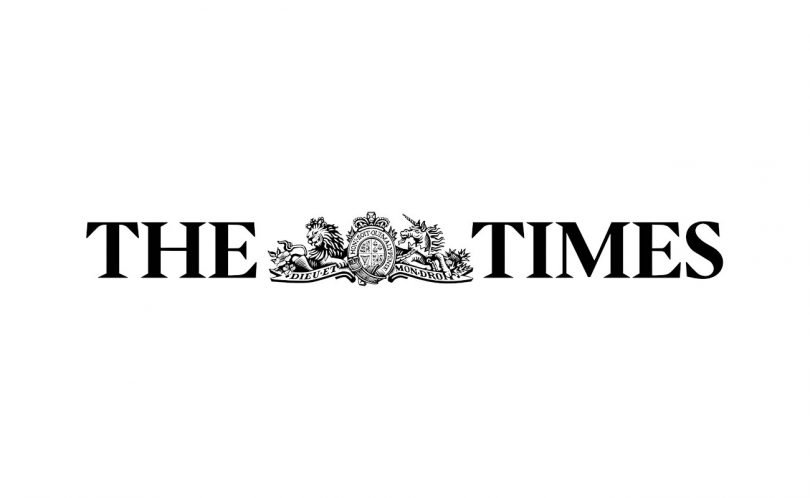 Misleading articles in the national press, commenting on Great Britain’s intention to leave the European Union, are nothing new. The Times newspaper has published an article by Jenni Russell headed ‘Tory members are hijacking democracy’ (The Times, Comment, 30 May 2019). Having read it, I am afraid to report that project fear is still operating at full capacity.

Jenni Russell’s low level of nuanced argument or critical analyses and her complete lack of cognizance of such an important issue makes me wonder what agenda these ‘award winning’ journalists are pushing.

Jenni begins by describing Brexit as the most crucial issue since 1940. What about the Balkans, Falklands or Iraq wars, the iron curtain, threats of nuclear weapons and terrorist attacks. Come on Jenni, we are leaving a political union which is deeply unpopular across Europe and proposing to replace our current relationship with sovereign co-operation. We will not be leaving NATO. This works perfectly well in Switzerland and elsewhere.

Jenni states that Brexit is at heart about people feeling powerless and wanting more of a voice. I am with her there, however, her answer to those people that have raised their voices in favour of leaving the EU is to condescend them and ignore their wishes. She claims that the majority of voices in Britain are not now being heard despite a resounding turnout at the 2016 plebiscite, the 2017 general election and the 2018 EU Parliament elections. All of which produced a majority of voices shouting ‘we want to leave the EU’.

Jenni goes on to argue that there is no precedent for a newly appointed PM to change their party’s policies. Yet John Major was clearly keener on further EU integration than Margaret Thatcher was, which perhaps helps to explain why he was rejected after just one term in office. Gordon Brown was far less keen on free market economics than Tony Blair and never won an election. I would argue that David Cameron might have stuck by the referendum result and followed a different course to his successor, who pursued a policy of ever-greater subservience.

The article claims there is no majority for a no deal exit and no mandate for one. This is completely untrue as last weeks EU elections show: there is huge support right across the country for leaving the EU with or without a final trade deal. The referendum asked a simple binary question to which over 35 million people gave a very clear answer. I doubt that anyone added a footnote to his or her ballot paper suggesting their answer depended on those in Brussels giving us a good exit deal. Indeed, those that voted to leave almost certainly had little hope that the EU would act like a dispassionate commercial organisation in the best interests of its stakeholders or even in good faith when dealing with a departing member.

I read on to be told that when the Conservative leadership contenders’ promises of a fresh deal fail, as according to Jenni they will, the candidates say they are willing to let Britain crash out of the EU (there it is again, the emotional, deliberately intimidating phrase repeated ad nauseam) and break our financial commitments, wreak havoc on jobs, investment and international credibility.

Anyone who has worked for an investment bank, law firm or other international organisation knows that when commercial negotiations take place neither side ever concede that a deal of some sort is inevitable. To do so would be foolish because the other side then knows that you are either weak or desperate to transact at any cost. Imagine going into an auction house and telling them that you were planning to buy a work of art at any price. What do you think would happen to the price? Can you imagine the USA, China or Australia going to the EU with a mandate that they have to complete a deal and cannot walk away from the negotiating table and continue to trade independently as they have done successfully for decades? The EU would think they had won the Euro billions political lottery. It will not happen because these countries know they can trade without a bespoke deal so will only sign one if it is on favorable terms to them.

Britain can easily leave the EU in October without a final trade deal because a series of side deals governed by statutory instruments are all ready to be put in place by the Department for Exiting the EU and can easily be enacted.

Breaking financial commitments is most unlikely as Britain has never done so before and is quite willing to pay its fair share of any accrued liabilities to the EU.

Jenni’s warning of damage to industry, investment and credibility is not supported by one line of evidence. Our economy is doing pretty well considering all the uncertainty wrought by Westminster and Teresa May’s mishandling, and we are attracting overseas investment from backers who believe that we are going to leave the EU. These investors are not gamblers or charities but hardheaded business people who want a return on their money. They know that a country with its own currency, its own robust laws and its own positive, laissez faire approach to commerce and industry can thrive. A country with low levels of corruption, an independent judiciary, politicians that are scrutinized and accountable, a hugely successful financial services industry and high quality universities will never fail to attract international investors. Britain’s international credibility remains high and we exercise much soft power as demonstrated recently when we expelled many Russian agents with huge international support. We enjoy a close relationship with the USA, Australia, New Zealand, India and many African countries all of which respect and welcome our planned independence from the inflexible EU.

Jenni then moves on to the alleged unfairness of choosing a new Conservative Party leader. She claims that 160,000 people who do not reflect the country’s wishes and who have extreme views decide who it should be. The rest of us, shockingly, cannot find out who these people are because the Party, whom she compares to the Chinese Politburo, refuses to name them. Jenni, who on earth do you think should choose the next leader of the Conservative Party? Should it be members of the Labour Party or the Lib Dems? Why not ask the EU to choose a suitably qualified person to do the job? Perhaps we could follow modern business practice and outsource the role completely; to India maybe or somewhere with very low overheads. The personal details of this secret sect of extremists, calling themselves the Conservative and Unionist Party, should of course be made public knowledge. We could begin with their names and their children’s names, their addresses and a full list of their pets, hobbies, vehicle registration plates and preferred supermarkets. Let’s not stop there Jenni. We could get access to their bank accounts, tax returns, list of directorships and charity contributions. Only then could their opponents and superiors from The Times and elsewhere judge them to be fit or otherwise to cast their votes on such an important issue.

The article then goes on to reel off the tenets of project fear, in the same way that I can recite the Lords Prayer: instant turmoil and a catastrophic end to the invisible arrangements that underpin our lives, blocked ports, no free movement of goods, shortages of medicines, empty supermarket shelves and the legal basis for 2/3 of our trade collapsing. Come off it Jenni. The moment Britain moves to WTO terms it will have a legal basis for all its trade across the globe and would eventually be able to negotiate a free trade agreement with the EU if it had any willingness to do so. It most likely would have because its member state exporters, manufacturers and investors would ensure such willingness. Britain is an important market and people want to buy and sell, as they’ve wanted to for thousands of years. Companies and governments need access to capital markets.

Jenni thinks that Britain will be like Oliver Twist holding out a begging bowl to Brussels as our businesses fold. No evidence of any sort is provided to support this extraordinary claim. She says the EU will hold all the power. How will it do so when we are no longer governed by them and outside the single market and customs union can buy and sell with whomever we like, including the EU on WTO terms?

Jenni also claims that a ‘no deal’ exit would be ‘electoral suicide’. Note the ridiculous, emotive language employed here. Really Jenni? Judging by the way that former Labour and Conservative voters have flocked to the Brexit Party like fun loving holidaymakers flying to Benidorm to escape a drab Teresa May bank holiday, I should have thought that the promise of a real exit from the EU would be electoral Viagra.

“Only lies and liars are going to triumph in this contest now” claims Jenni. For some time up until Teresa May’s temporary contract was terminated and the storming of the EU parliament by the Brexit Party, I feared the same. In reality, those that have sought to hide the details of the civil service’s no deal planning, frighten us with threats of mass unemployment, illness and starvation have been exposed as the charlatans and propagandists that they are. You can fool some of the people all of the time but not forever. The country is crying out for a conviction politician. Why do you think Nigel Farage is so popular, Jenni? It is because people believe that he has integrity and does not say oneething and do something different. The liars who drafted election manifestos in 2017 promising to respect the result of the referendum and then acted in a disingenuous way calling for customs unions, second referendums and EU subservience have been roundly rejected at last weeks ballot boxes.

To conclude her diatribe, Jenni helpfully suggests that the Speaker of the House of Commons can stick up for the public and block a catastrophic departure. Leaving aside the incumbent Speaker’s reputation, note the tone and use of language, all highly emotional without a scrap of supporting analysis or evidence. Blocking our departure is exactly what parliament and members of the current cabinet have been doing for almost three years. Little wonder that the country has just voted for 29 MEP’s that are committed to taking Britain out of the EU and who find the present leaders of the Conservative and Labour party wholly unpalatable.

Jenni sums up her piece by stating, “our democracy is being hijacked”. How true Jenni, how true. That is precisely why we need to leave the EU on 31 October with or without a deal