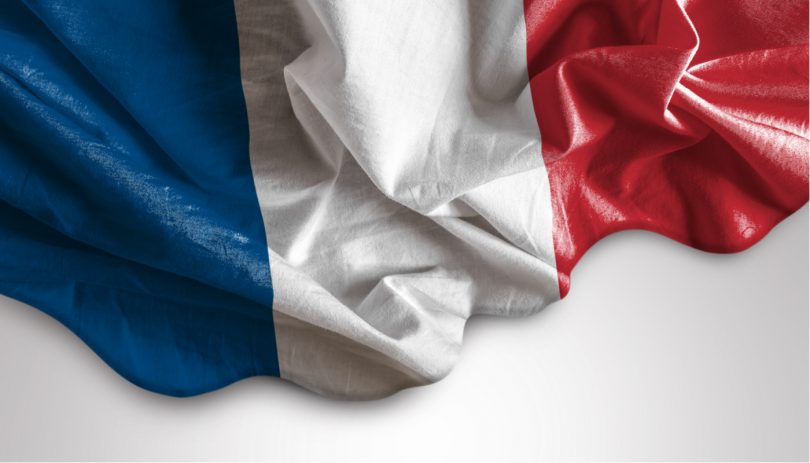 Over the centuries, the British and French have found each other particularly difficult to negotiate with, whether as enemies or friends—or something in between. There are deep intellectual and cultural differences that go back centuries and show little sign of changing.

If Michel Barnier and David Frost seem to be inhabiting different mental universes, that is because they are.  In a recent speech, Frost described Brexit as ‘above all a revolt against … an “authorised version” of European politics …in which there is only one way to do politics and one policy choice.’  But Barnier’s view is that ‘Not one single person has ever convinced me of the added value of Brexit.’The British and French have often found each other particularly difficult to negotiate with.  Of course, Barnier represents not France but the EU, which agrees a formal negotiating position.  But it seems that the French government are insisting on rigidity in the negotiations, and Barnier is an effective exponent of that stern quality.  The British understand negotiation to mean bargaining, give-and-take.  But that is not how the French understand negotiation.  The written text is sacred.  In Barnier’s words ‘in the text of the political declaration … there are some very clear words … [Boris Johnson] and his team paid attention to every word and comma in the text that commits us on both sides.’  David Frost has described EU texts as being ‘as hard to read for the average citizen as the Latin Bible was at the time of Charles the Bold.’  But this very opacity enhances their power.

We have been meeting this problem of ‘every word and comma’ now for at least two centuries.  The most damaging occasion was when the British encountered a far more formidable duo than Barnier and Mrs von der Leyen: Napoleon Bonaparte and his foreign minister Maurice de Talleyrand-Périgord, atheist bishop turned tricky politician.  In 1802, to end a long and indecisive war, the two sides had signed the Treaty of Amiens, best remembered for Gillray’s cartoon showing William Pitt and Bonaparte helping themselves to slices of the globe.  This compromise could have given Europe a generation of peace and made world history significantly different.  But after a few months of wrangling and bad temper, relations broke down, and there ensued thirteen years of bloody and devastating conflict.  Napoleon tried to destroy the British economy by stopping its trade with Europe.  Britain retaliated, evaded the restrictions, and hugely increased its global trade.  The saga ended at Waterloo, and the defeated Napoleon lamented that ‘all my wars came from England’.

The disaster came about because the two sides had very different conceptions of what signing a peace treaty meant.  The British took it to be a first step towards acceptable coexistence, implying future concessions and confidence building measures on both sides.  George III aptly called it ‘an experimental peace’.  But the French took it as a rigid text which the British must execute to the letter—the end, not the beginning, of a process, with no other issues on the table.  The French moved troops into Holland, expanded their power in Switzerland and Italy, took measures to damage British trade and began unconcealed preparations to invade the Ottoman empire.  When the British objected, Talleyrand insisted that these matters were not covered by the Treaty of Amiens, and persistently delayed discussion of them.  The final break came over Malta, which the British had liberated but were due to evacuate under the Treaty.  They delayed both for practical reasons and as a precaution against the French threat to Turkey.  This caused the French angrily to insist, with Napoleon shouting publicly at the British ambassador, that Britain must fulfil its treaty obligations in full and at once.  The British, deciding that no deal was better than a bad deal, gave France an ultimatum and then declared war.

Misunderstandings continued over the generations, even when the two countries were on good terms.  The British wanted a broad but undefined relationship based on practical cooperation.  The French wanted binding written agreements based on defined principles.  The great Foreign Secretary Lord Palmerston stated that ‘it is not usual for England to enter into engagements with reference to cases which have not wholly arisen’, and his successor Lord Granville a generation later echoed that British practice was to ‘avoid prospective understandings to meet contingencies, which seldom occur in the way which has been anticipated.’  Lord Curzon was less stoical: after a long and fruitless meeting with the obdurate French prime minister Raymond Poincaré, he staggered out of the room in tears repeating ‘I can’t stand that horrible little man. I can’t stand him!’

The French for their part repeatedly complained that the British could not think logically.  In the 1920s, André Tardieu, a future prime minister, deplored the ‘repugnance of the Anglo-Saxon to the systematic constructions of the Latin mind’.  Nothing had changed by 2003, when a British diplomat commented that ‘the French are most comfortable when they can define a set of principles … The British shy away from principles.’  Principles such as a level playing field or dynamic alignment.

This difference has deep roots.  Roman Law, going back to Emperor Justinian and in its modern form to the Code Napoleon, works by applying unchanging general principles.  Common Law seeks practical outcomes; indeed, judges may begin by finding a solution and then seek legal justification on which to base it.  As the celebrated American jurist Oliver Wendell Holmes expressed it, ‘the life of the Common Law has not been logic, it has been experience.’  British ways of thinking are also shaped by the empiricism propagated by Sir Francis Bacon, a pioneer of modern scientific method.  He was suspicious of ‘men of theory’ or ‘reasoners’ who put theories before practical experience: ‘the reasoners resemble spiders, who make cobwebs out of their own substance’, whereas ‘men of experiment are like the ant; they only collect and use.’  A contrasting influence in France was the rationalism of René Descartes.  For Cartesians (which educated French people proverbially regard themselves as being), understanding begins with ideas in the mind.  Hence theory comes first, applications follow.

These basic differences are deeply inculcated by British and French education systems from primary school to university.  The British are encouraged to try to find things out for themselves, to come up with practical answers, and to be original even if they make mistakes.  The French, from tiny tots copying teacher’s handwriting on the blackboard to the erudite authors of multi-volume doctoral theses, are required to accept and apply the correct models and ideas.  Moreover, arguments have to be expressed in a set form: if the ideas are good but the form is bad, you fail.  Every leading French official and most politicians have gone through the most intense form of this disciplined training, which at every stage eliminates those who fail to meet its standards.  Those who win through are what the French call bêtes à concours – ‘examination animals’ to whom this system has become second nature.  Few are more brilliant than Michel Barnier, graduate of a leading Parisian grande école.

All this makes the British and French approach negotiation in a very different spirit.  The British are reluctant to define à priori aims, because for them negotiation is an experimental process to discover a mutually acceptable deal.  As a senior British official has described it, ‘The British put themselves in the position of the person they are negotiating with … The French are not interested in getting inside the thought of others.’  Rather, the French adopt what seem to them a logically coherent set of principles and then defend them rigidly.  In the words of one French diplomat, ‘When one is right, one does not compromise.’  As poor Harold Macmillan found with General de Gaulle, ‘he does not apparently listen to argument.  He merely repeats over and over again what he has said before.’  The British find this inflexible and arrogant, if not deliberately obstructive.  But the French consider the British reluctance to define principles proof of lack of preparation or, worse still, an attempt by perfide Albion to pull the wool over their eyes and get an unfair advantage.

The situation is not helped by further cultural differences.  The British try to be relaxed and friendly, and to lighten the atmosphere with humour—Boris Johnson’s natural style.  The French are much more formal and hierarchical: they like titles, and often take back-slapping and jokes as a sign of disrespect and superficiality.  Moreover, they are willing to show anger, be confrontational and exaggerate – none of this being intended personally, but seen as a display both of authority and conviction.  As de Gaulle told his subordinates, in dealing with the British ‘you have to bang the table, and they back down.’

These frictions extend into business relations too, and having learned about them the hard way the French Chamber of Commerce in Great Britain published in 2014 an admirably concise handbook to oil the wheels of Franco-British trade, optimistically entitled Light at the End of the Tunnel.  It notes that the British ‘prefer a faster pace’, while the French ‘dislike being hurried’.  The British ‘emphasise solutions’, the French ‘emphasis problems’.  For the British, ‘compromise is viewed positively and is linked to pragmatism’; for the French ‘compromise can be viewed negatively, as it implies that a position was not well reasoned’.  To crown it all, while the British are ‘proponents of “win-win”, and will compromise in an effort to build long term relationships that benefit both parties’, the French are ‘proponents of “I win-you-lose”, appearing not to care if it risks the breakdown of the relationship.’  Napoleon, Talleyrand, de Gaulle and Barnier would surely agree.  David Frost has expressed the hope of persuading Michel Barnier ‘to see things differently – and maybe even think that a Britain doing things differently might be good for Europe as well as for Britain.’  Good luck with that one.

However, if they find that their interlocutors refuse to accept their impeccable logic, as the UK now appears to be doing, the French, in a different application of logic, will often cut a last-minute deal.  But If M. Barnier’s Cartesian cobweb-spinning exhausts the patience of our Baconian ants, perhaps we should give up fruitless bargaining over the future relationship and propose a Cartesian solution: that we will trade under WTO rules until the EU proposes something better.

This is an updated version of an article first published in The Spectator (21 October 2017).