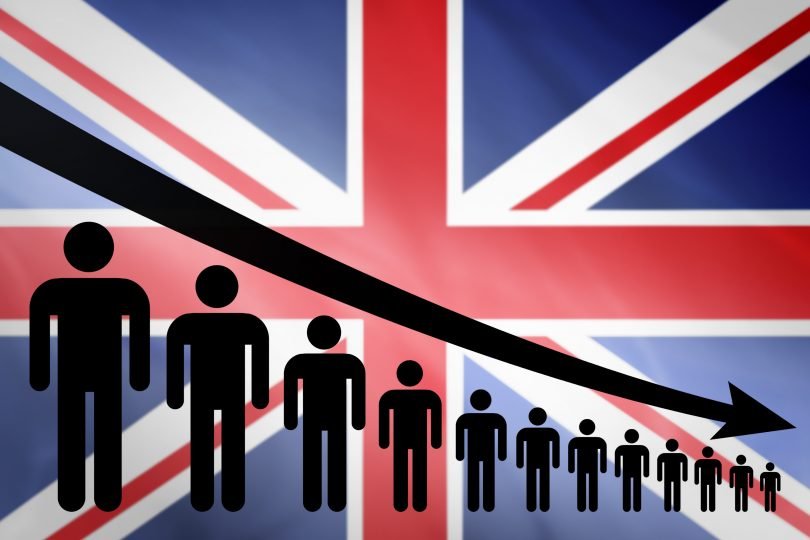 The idea that Britain is a small, weak, vulnerable country incapable of national independence has emerged as a core anti-Brexit argument.  With a mixture of despair and glee we are being told that we must eschew ‘nostalgia’ and ‘post-imperial delusions’, and ‘wake up to reality’.

The idea that Britain is a small, weak, vulnerable country incapable of national independence has emerged as a core anti-Brexit argument.  With a mixture of despair (from parts of the Right) and glee (from parts of the Left) we are being told that we must eschew ‘nostalgia’ and ‘post-imperial delusions’, and ‘wake up to reality’ as ‘a small offshore island’, while the big strong powers of the European Union put us in our place, leaving us a simple choice between accepting the terms they dictate or facing economic and political disaster.  Some obdurate Remainers, sadly, seem to applaud insulting comments from leading EU officials and politicians, as if we deserve to be treated as inferiors.  This is a strange mindset that would merit serious study.

Declinism is a syndrome: it assumes a combination of moral, political and economic failures.  In Britain’s case, it can be traced back to the 1880s, when German competition in manufactured goods was first felt, but its influence was particularly debilitating in the 1960s and 70s, coloured by rapid decolonization and a perception of dwindling power and influence in every field.

Some germ of declinism has been bred into all of us.  Who would deny that Britain is no longer the Great Power it once was?  Well, I would, and I believe I can prove it.  Declinism is at best a distortion of reality, and mostly mere illusion.  It rests above all on two assumptions.  First, that we have long been failing economically.  Second, that we have suffered a loss of sheer power and hence influence in the world.  In the context of the Brexit debate, the conclusions are that the EU, ‘our largest market’, is our economic crutch; and that outside the EU club our feeble power and influence will dwindle to insignificance.

The belief in economic decline is a mixture of optical illusion and misunderstanding.  Britain has been relatively wealthy at least since the Middle Ages, and its pioneering industrialization gave it a temporary dominance in manufacturing during the mid 19th century.  This was a brief and unique episode, for naturally other countries adopted British technology – helped by British capital and expertise – and began to catch up.  This was desirable as well as natural, as it provided richer markets for British goods and services, and valuable investment opportunities for British savers.  Pessimists since the 1880s have always compared British economic performance at any moment with those most rapidly catching up.  When postwar European integration began in the 1950s, Italy, France and Germany were the most spectacular catchers-up, recovering from wartime devastation and shifting their large and relatively unproductive agricultural sectors into industry.  This gave temporary ‘windfall growth’ that Britain could not equal, having no large agricultural sector to modernize.  But an uncritical comparison of growth rates was mistaken as evidence of British economic failure.  An official report as early as 1953 warned of ‘relegation of the UK to the second division’.  This was the prime cause of our desperate pleas to join the Common Market in the 1960s and 70s.  Britain was ‘the sinking Titanic’, as one of Edward Heath’s advisors put it, and Europe the lifeboat.  Ironically, just as Britain joined, in the early 1970s, Continental catching-up ended, and so did its seemingly superior economic prowess.  In short, Britain’s supposed long-term economic decline in relation to Europe never happened, and our long-term performance has actually been superior.

Supporters of the EU nevertheless still convince themselves that membership rescued the British economy in the 1970s and remains vital to shoring it up today.  In fact, British economic performance has not been significantly affected by EU membership.  Growth did not increase after joining the Common Market, essentially because trade was diverted from other markets to Europe just as Europe’s postwar growth went into long-term deceleration.  Despite the hopes and political efforts expended on creating the Single Market (not least by Margaret Thatcher), it has not proved very successful in increasing internal EU trade, and has never been fully extended into services, Britain’s main strength.  The creation of the Euro in 1999 made things worse, creating systemic imbalances within the Eurozone which have resulted in harsh long-term austerity over large parts of Europe.  Fortunately, Britain’s refusal to adopt the Euro spared us this danger.  But the Eurozone’s failings have inevitably reduced its importance for our exports.

Britain anyway retained after joining the Common Market a more global trading and investment pattern, which means that it remains less engaged economically with the EU than any other member-state.  Due both to the greater dynamism of global markets and the problems of the EU itself, Britain’s trade with Europe has been declining sharply in importance for two decades.  This has been predicted to continue even if Britain stayed in the EU.  The post-Referendum depreciation of an over-valued Sterling has provided stimulus to our goods exports both inside and outside Europe.  Unless the Euro collapses this will remain whatever the nature of the post-Brexit deal, and will more than compensate for possible tariffs.

Over the long term, membership (or not) of the EU has made no discernable difference to our economic performance.  Our increase in prosperity (growth in per capita GDP using purchasing power parity) has almost exactly kept pace with that of the United States ever since 1945.  So the belief that leaving the EU must mean disaster has no rational basis, and is belied by serious economic analysis.

The second element of declinism concerns the loss of sheer power and importance in the world.  This seems as obvious to many stout Tories as to mocking Guardianistas.  After all, Churchill himself was haunted by it.  Yet this too is largely, if not wholly, an illusion based on comparing a pessimistic view of our current state with a highly inflated view of past power: usually the High Victorian age, or else round about the time of the battle of El Alamein.

The narrative is familiar, and usually centres round decolonization.  The British empire is indeed ‘one with Niniveh and Tyre’.  But so are all other empires.  No state has replaced Britain as the great global imperial power: empires are no longer possible or desirable, as Britain realized in the 1960s.  Though a source of prestige (and also of constant trouble and expense – ‘a millstone round our necks’ said Disraeli) the Empire was doubtfully a source of wealth or power to Britain.  Overall, it cost more than it brought in, especially after Britain turned to universal free trade in the 1840s, and colonies ceased to be an exclusive economic domain.  The Empire’s power was used up in defending itself: it was, as one historian aptly puts it, ‘a brontosaurus with huge, vulnerable limbs which the central nervous system had little capacity to protect, direct or control.’  Throughout its imperial heyday, Britain had naval power, but its army was no match for Europe’s Great Powers — France, Austria, Russia, Prussia — or even for its smaller states.  The great German chancellor Bismarck joked that if the British army invaded Germany, he would send the police to arrest it.  British ministers and generals were constantly worried by threats from France, Russia, Germany and even the USA to the economy, the empire and even to our home islands.

What of today?  Britain is more secure from major external threat than for half a millennium.  Taking a long view – say the last three centuries – it remains what it always has been: one of the half-dozen or so strongest states in the world, and one of the most global in its attachments, its imagination, and its trade.  Within this leading group of states, Britain has not declined but has actually advanced, being now more powerful than its ancient rivals France, Germany, or even Russia.  The Cambridge international relations specialist Professor Brendan Simms puts Britain even higher.  Taking into account not only economic and military potential, but also population, ‘soft power’, diplomatic influence, political resilience and self-determination, he judges it the world’s third great power, after the USA and China.  This view is strengthened by the recent analysis published by the Henry Jackson society, to be summarized on this website by James Rogers.  As Sir Richard Dearlove shows unambiguously, also on this website (“Europe’s Security Protector”), Britain’s prowess in secret intelligence gathering and processing makes it essential to the security of Europe.

So why are we — or some of us — so racked with a sense of inferiority?  Power is also based on intangibles such as self-confidence, a clear strategy and determination, in which many of our rulers — both politicians and civil servants — seem pitifully lacking.  Russia, with the same GDP as Spain, behaves as a super-power in the Middle East and is treated as one.  We fear we cannot even negotiate a mutually beneficial trade agreement with the EU.  At least as much as by age and education, our attitudes seem to be determined by the division between self-confidence and self-doubt.  Brexit was a vote of confidence in our ability to shape our future as an independent democratic nation — a choice that few of our European neighbours feel they still have.  If we are to succeed, we must refuse to be crippled by the illusion of ‘declinism’.

An earlier version of this article was published in the Spectator, June 2017