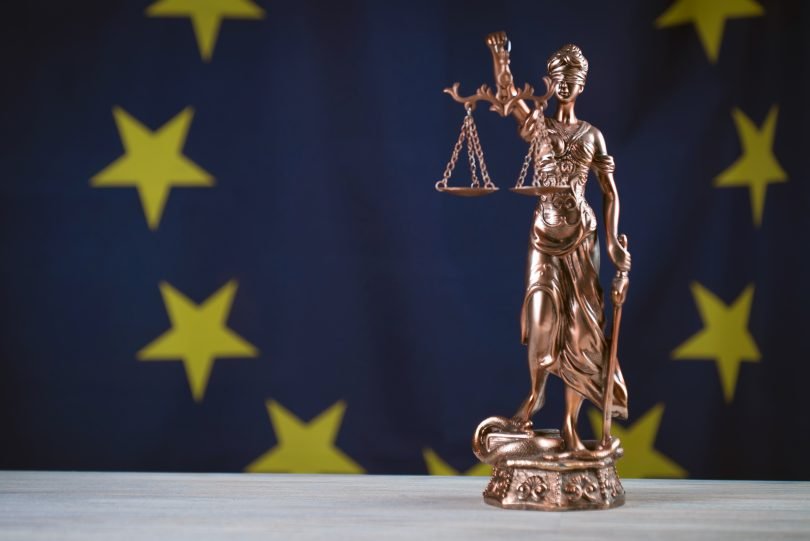 Earlier this month, the German Federal Constitutional Court ruled that the European Central Bank (ECB) had exceeded its legal mandate with its PSPP bond-buying programme. It also found that the European Court of Justice had acted ultra vires in ruling the PSPP lawful. Dr Anna Bailey explains why the EU is now caught between a rock and a hard place in a crisis set to explode in under three months’ time.

The clock is ticking. But for once, it’s not the Brexit clock. Earlier this month, the German Federal Constitutional Court (FCC) in Karlsruhe set a timebomb ticking under both the Eurozone and the EU’s legal order, with a three-month-long fuse.

The court ruled that the European Central Bank (ECB) had exceeded its legal mandate with its bond-buying programme (PSPP), that strayed beyond its monetary policy mandate into the realm of broader economic policy without due regard for ‘proportionality’, the principle which governs the division of competences between the EU and the Member States. Even more importantly, the Karlsruhe judges found that the European Court of Justice (ECJ) had acted ultra vires when it ruled the PSPP lawful, because it went beyond the powers granted to it by the EU Treaties.

Commentators have generally agreed that the Karlsruhe judgement is of enormous political significance. I agree, and here’s my take on why.

Who gets the final say on EU law?

There has been much discussion of the issue of legal supremacy (i.e. whether national law can trump EU law). But in fact, the Federal Constitutional Court has never accepted ‘absolute and unconditional EU law supremacy’. It is not the first time the FCC has ruled that EU law is subject to national constitutional law; and indeed other Member States’ constitutional courts have also done so.

Indeed, a similar (although not analogous) situation pertains in the UK. UK case law has long suggested that, in principle, UK law would take precedence over EU law if Parliament expressly legislated in those terms. In Macarthys Ltd v Smith (1979), Lord Denning stated that, ‘If the time should come when our Parliament deliberately passes an Act with the intention of repudiating the Treaty or any provision in it … and says so in express terms then I should have thought that it would be the duty of our courts to follow the statute of our Parliament.’ But of course, this principle was never put to the test – as Denning stated it would not be. What was constitutionally possible was politically unthinkable.

The first reason why the FCC’s ruling is of such enormous political significance is that now the German court is not only rejecting the unconditional supremacy of EU law, but for the first time explicitly claiming for itself the right to overrule the ECJ’s interpretation of EU law. It claims this right on the basis that ‘even under the Lisbon Treaty, the Member States remain the “Masters of the Treaties” and the EU has not evolved into a federal state.’

The irony of this is huge, for it replicates the judicial power grab that the fledgling ECJ itself performed some six decades ago. The supremacy of European law over national law was not provided for in the Treaty of Rome; rather, the ECJ seized this power for itself in what can only be described as a judicial coup. In a series of judgements starting with Costa v ENEL (1964), the ECJ simply asserted that legal supremacy was implied by the fact that the Member States had chosen to create the (then) Community, and made itself some case law accordingly. Even now, there is no reference in the EU Treaties to the supremacy of EU law over Member States’ national laws, although a reference to the case law establishing the principle was contained in a ‘Declaration’ accompanying the Lisbon Treaty. In granting itself the right to overrule the ECJ on matters of EU law the Federal Constitutional Court has taken the ECJ’s original judicial coup, and played it at its own game.

The future of the Eurozone at stake

The second reason why this particular ruling is so politically explosive is that the very future of the Eurozone hinges on if and how it is resolved. Previous cases where national constitutional courts have rejected ECJ verdicts have concerned minor aspects of domestic social policy. Non-compliance by a Member State could be brushed under the carpet.

This case could not be more different: the very existence of the ECB’s quantitative easing programme is at stake. The clock is now ticking on a three-month ‘transition period’ (or perhaps the court should have called it an ‘implementation period’?) during which the Bundesbank may continue to participate in the ECB’s bond-buying programme. But if by the end of that period the ECB has not coughed up the ‘proportionality assessment’ demanded by the Federal Constitutional Court, the Bundesbank must stop purchasing bonds. Given that the Bundesbank is the ECB’s largest shareholder, there won’t be much of a programme left without it.

An existential threat to the EU’s legal order

This case represents much more of an existential threat to the EU than Brexit. While Brexit threatens to undermine the EU politically by potentially encouraging other Member States to follow the UK out of the door, it never presented a threat to its legal order: the UK obediently followed the withdrawal mechanism laid down in EU law. This was not the only way the UK could have left. A hardcore of British Eurosceptics called for the UK to leave the EU unilaterally by repealing the European Communities Act 1972 – no negotiations, no divorce bill. This would have achieved exit by asserting the primacy of UK law over that of the EU if explicitly legislated for by Parliament. But the UK government never countenanced this nuclear option. Brexit was conducted entirely within the framework of EU law (Article 50 of the Treaty on European Union) and thus reinforced rather than undermined it.

The German court, in contrast, is threatening to pull the rug from under the foundations of the EU’s entire legal order. If national courts can overrule the ECJ, then the floodgates are potentially open for any Member State to annul EU laws or policy decisions that it does not like. Poland’s prime minister Mateusz Morawiecki is already celebrating, calling the decision, ‘one of the most important judgments in the history of the European Union.’ Poland, it will be recalled, is subject to ongoing ECJ censure over its judicial reforms.

No matter how much it needs Germany’s financing, it is politically impossible for the EU to give way on this. The ECB cannot allow itself to be commanded by a national court. If it carried out the proportionality assessment, it would de facto be admitting the legal right of a Member State to overrule the ECJ on a matter of EU law, which would bring the EU’s whole legal order crashing down.

It is this fundamental issue of who has the final say on EU law that is now at stake. EU Commission President Ursula von der Leyen has set out the EU’s position in no uncertain terms in a terse statement, asserting:

‘EU law has primacy over national law and … rulings of the European Court of Justice are binding on all national courts.

‘The final word on EU law is always spoken in Luxembourg. Nowhere else.’

She also warns that the EU is considering ‘the option of infringement proceedings’ against Germany.

Fudging the issue will not be easy

But nor does Chancellor Merkel have any room for manoeuvre: the strict separation of powers in the German constitution renders her powerless in this matter. One cannot help but recall how she was reduced to tears when Barack Obama tried to pressurise her to lean on the Bundesbank, which was refusing to approve a US-French plan to increase the Eurozone’s emergency fund. ‘Our central bank is independent and it’s your fault, you wrote the constitution,’ Merkel is reported to have said. ‘How can you put me in a position of asking me to violate a set of constraints on independence that you were part of shaping?’

Merkel will now come under much greater pressure to intervene in Karlsruhe, but it is hard to see what effective intervention she could make even if she were to set her constitutional scruples to one side. With so much at stake, it goes without saying that she will draw on her decades of political experience to try and find a third way; she has been reported as calling the crisis ‘solvable’.

There are two ways this crisis could play out. With so much at stake, it is possible that a political-legal fudge is found, e.g. the ECB produces some kind of evaluation of PSPP (although not in response to the FCC’s judgement of course, nudge nudge wink wink), and the FCC accepts it as meeting the requirements of a proportionality assessment. After all, constitutional court judges are not known for their anti-European integration sentiments. They may be sick and tired of EU institutions’ mission creep and want any expansion of their competencies to be achieved openly and transparently by revising the Treaties, but they certainly do not want to plunge the EU into an existential crisis.

The other possibility is that the full game of chicken is played out, with neither side backing down. This will happen if the ECB or ECJ refuse to produce anything new in response to the FCC’s demand for a proportionality assessment. Given that doing so would set a dangerous precedent (an implicit admission that the ECJ and ECB are legally accountable to Member States’ courts), the probability of a resolution not being found is higher than the markets have so far accounted for.

The EU is thus caught between a rock and a hard place – either sacrifice its main bond-buying programme, or allow its entire legal order to be undermined. Meanwhile, the timebomb is set for 5 August 2020 – and ticking.