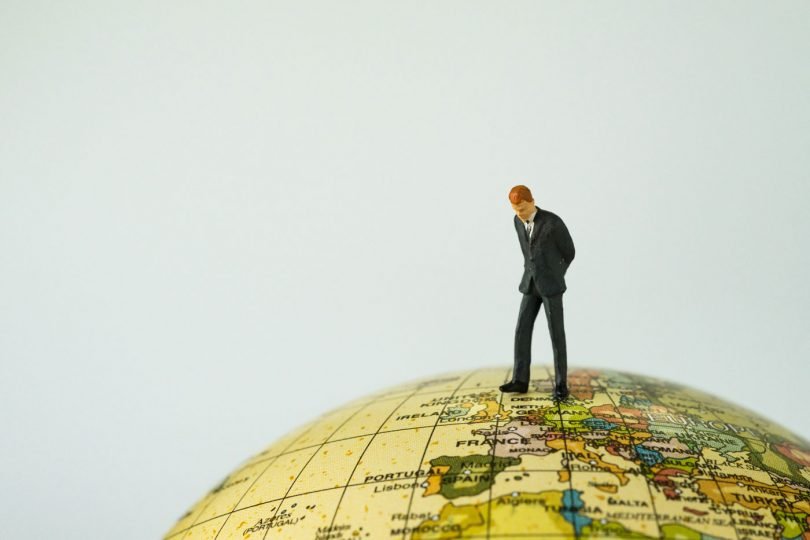 There is no reason why Britain should not continue to play an influential role in the world after Brexit, provided we are clear on what we want to achieve, take a long-term approach, demonstrate our value to our international partners and deploy to the full our unique blend of public and private resources.

Both during and since the referendum campaign, we have often heard that outside the EU Britain will lose its influence in the world.   On our own, we will find that fewer countries want to listen to us and, of course, we can no longer be Tony Blair’s vaunted “bridge” between Europe and the US.   Influence is rather intangible and was rarely the most prominent issue in the referendum debate, but it was clearly important to those concerned – and those with a professional interest in – our role in the world (full disclosure: I used to be a diplomat).     In terms of domestic politics, it was a rather problematic line of argument, given that many of those inclined to support Brexit were reacting to their own perceived lack of influence over their own lives, hence the potency of “take back control”.   To hear an elite claiming that we (they?) would lose influence from Brexit wasn’t likely to cut much ice there.

But influence does matter.   Will we lose influence in the world?   Need we?

In one specific sense, the answer is a – very qualified – yes.   One of the main ways in which the EU seeks to maintain its own influence in the world is through its regulatory regimes and standards.   Outside the room, we will not be able to influence how they evolve.   Traditionally we have succeeded in making them more open and less restrictive than they otherwise would have been; over recent years, and with the increase of qualified majority voting and the power of the EP, less so.   Now that we have concluded a Free Trade Agreement, we will need to make the trade-off between autonomy and access/influence work by being prepared to diverge where it makes sense while accepting (and perhaps influencing indirectly) EU regulation in other areas.   One of the benefits of Brexit is that it will be necessary for the British Government to have this debate – for example whether to adopt lighter regulation on new technologies or tougher animal welfare – far more openly than when our regulation was decided behind closed doors in Brussels and “parliamentary scrutiny” of EU legislation was an elegant fiction.   Equally importantly, our new freedom to conclude trade agreements around the world will bring with it a huge opportunity to foster wider relationships and strengthen our influence for the future.

Before we rush out in the pursuit of influence, we should ask why we want it.   I’m reminded of the wise advice to investors to beware of large companies whose CEOs are too frequently on the front cover of glossy magazines.      Tempting though it may be for politicians (or diplomats), influence isn’t supposed to be for them, it’s to help them achieve the objectives of the country they represent.   It’s about winning friends and influencing people who can help us achieve what we want or, put more collaboratively, so that we can find shared objectives and achieve them together.

This isn’t the place to discuss what those objectives should be, though we will have plenty of opportunity once the Government’s (understandably) postponed Integrated Review is eventually published.   For now, the shorthand of “security and prosperity” is good enough.   We aspire to manage risks, from climate change to an ambitious China; and to pursue economic opportunities, including those which will come from addressing climate change and working with China.  It’s rarely a zero-sum game, so influence needs to be calibrated carefully.

You need to take a longer-term view, build relationships and make yourself useful to those you want to influence.   Just as corporate lobbying is more effective when executives don’t just make demands but explain how business can be part of the solution, so countries need to think of what they do as well as what they want.   If you’re going to the party, it helps if you don’t come empty-handed.

And this is how post-Brexit Britain can maintain – and build – our influence.

We are often guilty of short termism in areas as diverse as finance, infrastructure and – increasingly – “values” which we seem increasingly to change at what looks to much of the non-Western world as breakneck speed.   We can be so captivated by the idea of progress – social or technological – that we allow ourselves to be ignorant of history.   But others aren’t and their perception of Britain often has a much longer-term perspective.   We can build on that and focus clearly on the enduring pillars of our foreign policy: our adherence to Western, liberal, democratic and free-trading values.  Our reputation – mixed, certainly, but still overwhelmingly positive – is there to be leveraged, if we choose to do so.

Relationships matter.   Britain will need to work with Biden’s America, and then his successor’s America too.   And we will, just as British and US leaders of different political and personal styles have done in the past.  We will need to work at it, and the US will see benefit in working with us.   Europe too, of course.   The key here will be working with larger (and other) EU members to pursue interests which, more often than not, will remain shared.   Too much EU foreign policy has had as its aim building up the EU as an institution rather than playing an effective role in the world.  We will continue to find that the most useful foreign policy conversations are had in Paris, Berlin, Warsaw and so on rather than in Brussels.   We’d be well advised not to spend too much of our limited diplomatic resource in servicing cumbersome coordination mechanisms with the EU structures.

We won’t of course want to stop with the Europe and the US.   We never have but should use the opportunity of Brexit – as the Government is, to its credit, already doing – as a spur to putting more effort, and smart language, into our other major relationships.   Any short list shouldn’t be seen as exclusive, but it’s good to see the Prime Minister and Government putting more effort into relationships with India, Australia, Japan and Korea among others.   This isn’t post-imperial grandeur: it’s maintaining friendships in a world where we and our friends need them.

Finally, we have plenty to bring to the party.   You don’t have to own a vineyard to be able to bring a few desirable bottles.   Our armed forces and our diplomatic and intelligence services, along with our membership of the UN Security Council and an aid budget which (even at an arbitrary 0.5% of GNP is one of the largest in the world), mean that we have something to say about the world, and can – most often working with others – do something about it.   Our contribution to science and technology has only recently been shown once again to be quite disproportionate to our size.   And it’s important to remember that, while the State has a role, these achievements are significantly private and almost entirely unrelated to the Government of the day.    As is so much of what the UK can bring to the party, from the English language (which will continue to stand us in good stead in international diplomacy) and Shakespeare to the Beatles and the Premier League.   “Despite Brexit” top bankers seem to be working hard to stay in the UK and unprecedented numbers of asylum seekers seem to want to come.  At both ends of the spectrum, we still seem to have pulling power.

Of course, we’ve all met friends from abroad who think we’ve made the wrong choice in leaving the EU.   But our partners abroad will probably move on more quickly and want to know what, with our new “relationship status”, we plan to bring to the party.  We’ve got plenty to offer and should get on with using it.

David Landsman is a former British Ambassador and senior corporate executive.   He now is now Chairman of Cerebra Global Strategy.