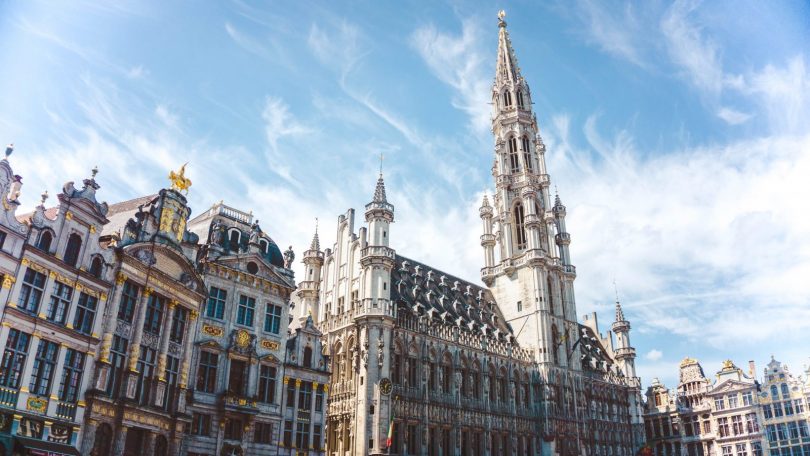 It has become clear that Brussels’ concept of a ‘level playing field’ is intended to trap Britain into dependent status, having to accept EU legislation and jurisdiction on a range of key matters, which could include Employment law, Social policy, Taxation, and something nebulously called “Regulatory Policy”. These are all aspects of internal policy, with no direct connexion with free trade.

The EU’s ‘level playing field’ demand is that British decision-making should be outsourced to Brussels, with Britain bound to obey decisions made there, as Brussels chooses from time to time.  A few examples, hypothetical but all too plausible, will illustrate the dangers :

Initially, Britain stood aside when this was incorporated into the European treaties, first in the Single European Act (1987) and then more fully in the Maastricht Treaty (1993).  Later however, Britain committed itself to them all.  Their outstanding feature is their disregard for workers’ need for employment.  As we have seen over the last ten years, the EU seems resigned to the indefinite continuation of previously unthinkable levels of unemployment in many EU Member States, especially among young people.  Strangely, this does not deter the Brussels bureaucracy from preaching about its “Social Model’’, which it is eager to export.  After the lockdown, Britain will be striving to restore its excellent record of employment creation and low unemployment.  It is all too foreseeable that Brussels, bent on finding conspicuous ways to show up Britain as an economic failure after Brexit, will look for ways of holding Britain’s unemployment rate close to European levels.  An imaginative use of their “level playing field” could provide ample means for this.

In this area too, Britain is being asked to align its laws to the EU’s, whatever they may prove to be.  In this context it is of note that Europe has a “pensions time-bomb”, acknowledged as such with unusual honesty by the Commissioner in charge.  By 2040, we learn, the EU’s ratio of workers to pensioners is expected to decline to two-to-one.  European politicians have known for some years that the promises they were making to pensioners could not be financed.  Britain’s state obligations to pensioners have remained more manageable, and Britain apparently has more money invested in private pension funds than the rest of Europe put together.  If Britain can be trapped into “level playing field” obligations, an attractive solution is all too likely occur to European politicians: a Directive for some form of pooling of private pension funds at European level, which the “level playing field” would compel Britain to accept without recourse.

…have long been in contention between Britain and its EU partners. For regional development, British governments have preferred to rely on low rates of tax and an attractive business environment.  Brussels prefers to rely on subsidies, which it can then claim credit for, though the cost falls on national taxpayers.  We can expect to see the “level playing field” used to force up British levels of tax, so that they are no longer competitive.  Directives for this purpose might indeed achieve unanimous support among the 27 remaining members of the Council of Ministers: possibly as targeted measures intended to reduce Britain’s attractions for FDI.  Once again, the “level playing field” would leave Britain without recourse.

…is another part of Brussels’ strategy. It will no doubt prove to include Financial Services, entangling British banks and other businesses in a web of further EU Directives, existing and yet to come.  We therefore need to consider the scope this would give the Brussels bureaucracy to hobble the City: it is no exaggeration to say this would amount to putting the power to make laws governing it into the hands of its rivals.  A range of European leaders have made clear that they are not prepared to tolerate London remaining the Eurozone’s main financial centre.  Indeed this aim is already reflected in the EU’s corpus of existing financial regulation, much of it openly discriminatory, even though adopted when Britain was still a member.  We must surely expect fresh laws to be adopted against British banks, if Britain opens the way for them. Accepting Brussels’ “level playing field” would leave Britain powerless to oppose them but compelled to obey them.

Taking the “level playing field” agenda as a whole therefore, we can see how dangerously broad and elastic the concept can be.  We have examined the scope of the damage the “level playing field” could inflict, if Brussels gains the means of inflicting it.  It is too soon to tell in detail how that weapon would be used.  But at this stage we surely know enough of the weapon’s scope for mischief, enough to be sure we cannot afford to place it into the hands of our economic competitors, who have an interests in ensuring that Brexit causes us harm.

Tony Lane is a retired civil servant, who served in several roles in the Department of Trade and Industry, including as Head of the International Trade Policy Division.