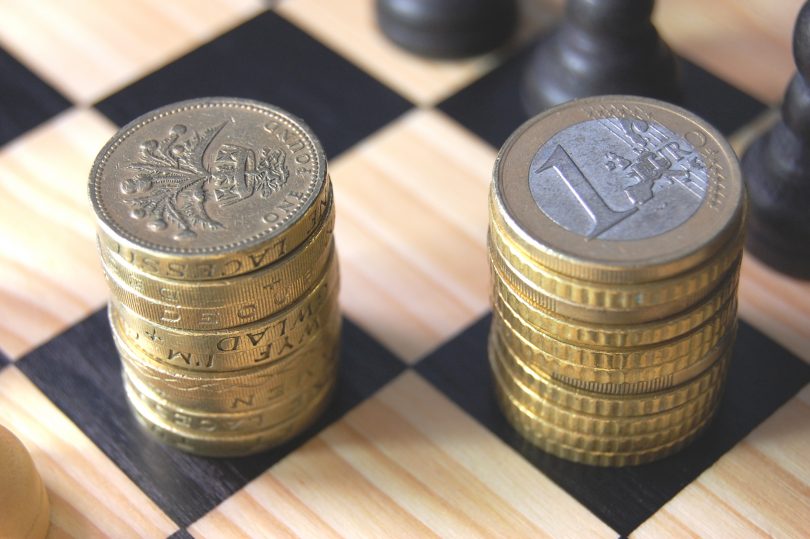 The EU is trying to resurrect Theresa May’s vassalage treaty in Brexit trade talks. Britain must not play their game of aggregating a swathe of issues if it wants a free trade agreement which gets Brexit done, argues Caroline Bell

Boris Johnson’s stonking majority has shifted the terrain dramatically in terms of negotiations on our future relationship with the EU. But Eurocrats are still clinging to the notion that even if they cannot stop Brexit, they can so hobble us with red tape that we might as well not leave. Number 10 talks of agreeing a Canada-style free trade agreement with Brussels, leaving the UK outside the Single Market, Customs Union and with no regulatory alignment by the end of 2020. The EU’s finest are demanding we sign up to defence, fisheries, free movement and a whole plethora of Single Market rules on competition, state aid, taxation and the environment so they can continue to enjoy their £98 billion annual trade surplus with us tariff-free. And of course, it will take (at least) two or three years to hammer out this perpetuation of the status quo, so we might as well extend the transition period for a couple of years (translation: may we have your cheque for another £39 billion now, please).

The new EU Commission president Ursula von der Leyen, on her visit to London on 8 January, said the EU is ready to design “a new partnership that goes well beyond trade and is unprecedented in scope”, but that this would require “trade-offs” in taxation, labour, immigration, fisheries and the environment, because “without a level playing field… you cannot have the highest quality access to the world’s largest single market”. We must question what is meant by “the highest quality access”. Does it mean tariff-free trade – which is what we want – or a quasi-colonial status as a non-voting member of the EU? One suspects the latter, since this is precisely what was envisaged in Theresa May’s Political Declaration.

It appears that Brussels is only now waking up to the reality of Boris Johnson’s achievement in removing the backstop from May’s toxic deal and redrafting key elements of the Political Declaration. The backstop, with its punitive non-regression clauses, was the trap that would have obliged us to surrender to the EU’s demands in the future relationship. But now unable to use it to force an extended timetable for negotiations or keep us locked in servitude, the EU’s leverage in talks is gone. At last there is “a level playing field” (delicious irony) in Brexit negotiations and it allows the UK to maximise its considerable advantages as a sovereign state.

The EU27 probably only agreed to the PM’s revised deal last October because they were confident that their Remainer operatives in the Commons would block it and they expected Johnson to lose an election (if he succeeded in getting one). They were as usual badly briefed about the mood of the country by Remainers and so have badly miscalculated what the next stage of Brexit will look like with a Brexiteer PM who enjoys a large majority. For despite repeated statements from Number 10 and now the Chancellor that the UK will not agree to regulatory alignment and seeks a free trade deal “as a third country”, the EU is still trying to get the British government to negotiate a version of May’s vassalage treaty.

To this end, and before its negotiating mandate is agreed by the EU27, Brussels is playing its standard aggregation game – linking totally disparate issues to create a “nothing is agreed until everything is agreed” negotiation rather than sticking to the basics of a free trade deal with separate agreements on issues of mutual interest. These separate agreements do not have to be concluded at the same time as the trade talks, which should of course be prioritised. Until such time as we decide to agree a deal, say, on defence or fisheries, we can legislate as we see fit in these areas and operate entirely in our own interests as a sovereign country. And that is what terrifies the EU’s hierarchy, because despite its lofty ambition, the new Political Declaration is not legally binding and does not actually oblige us to agree to anything.

The stark reality – which has yet to sink in at the Commission – is that the EU27 are going to have to decide if they want to keep their huge trade surplus with the UK tariff-free after 31 December 2020, or start paying to sell into our single market, under our rules. Estimates on duties payable if we mirror EU Most Favoured Nation tariffs on WTO terms are £13 billion per annum for the EU and £5 billion for the UK – so a very substantial reduction on what we currently pay to the EU in order to sell goods to them as actual members of the Single Market. Add on the cost to the UK economy of compliance with ever-encroaching EU regulation on all businesses (especially the 88% that do not export to the EU) and it is clear that abandonment of their dirigiste model cannot come soon enough. We are perfectly able to regulate ourselves and used to be rather good at it once upon a time.

But realpolitik must never be allowed to get in the way of EU dogmatism. The aggregation game relies on the standard Brussels dictionary of making words mean something they don’t mean at all (there is a book to be written at some point on the Humpty-Dumpty lexicon of Brexit). And so we have Ursula von der Leyen linking free movement and alignment on taxation to “the highest possible access [emphasis added] to the Single Market” and Thierry Breton, France’s new EU commissioner, doubling down on what this access means: “we will be intransigent: in order to access the European Single Market, the British must respect all our rules, in particular environmental, labour, health standards and controls on state aid.” (Les Echos, 7 Jan 2020)

Recent statements by European politicians call into question the EU’s good faith and adherence to clause 138 of the Political Declaration, which foresees a negotiating timetable “to deliver the Parties’ shared intention to conclude agreements giving effect to the future relationship by the end of 2020… The European Commission is ready to propose applying, on a provisional basis, relevant aspects of the future relationship, in line with the applicable legal frameworks and existing practice.”

This is clearly news to France’s Europe minister, Amélie de Montchalin, who in an interview last week on Europe 1, adopted a classic aggregation ploy. “We should be very clear – in these negotiations, we’re in no hurry… It isn’t just a tax issue, it’s an environmental issue, an industrial issue, a security issue…and a political one. So, we’ve got a negotiation and I can tell you that if Boris Johnson tells us, ‘this has got to be over in 11 months’ and we need 15, 24 or 36… In the meantime, what’s important is for European standards to be applied on both sides of the Channel.” [emphasis added]

So even though the Political Declaration (cl. 18) specifically states that “the Parties will retain their autonomy and the ability to regulate economic activity according to the levels of protection each deems appropriate” in many areas such as “the environment including climate change”, she throws another aggregate (for want of a better word) into the mix, claiming that France’s pledge to become carbon-neutral by 2050 will perforce mean that the UK must follow EU standards to avoid “environmental dumping”.

Clause 25 of May’s Political Declaration required the UK “to consider aligning with EU rules”. It has been deleted from the current PD, yet still the EU is trying to insist on “dynamic alignment” as the price for a barebones free trade agreement. The new Political Declaration (cl. 77) makes clear that “level playing field” commitments “should be commensurate with the scope and depth of the future relationship and the economic connectedness of the Parties.” A basic FTA requires no more than the commitments which would be given under WTO rules – it certainly does not require the UK to allow the EU to regulate the British economy. Clause 27 in fact calls for “voluntary regulatory cooperation” in the service sector – the EU is now demanding that we follow EU regulations…

Perhaps the most egregious example of aggregation is the demand for free movement to continue. Ursula von der Leyen claimed on her visit to London: “If there is no free movement of people, of course there cannot be then free movement of goods, services, or capital, or vice-versa.” This is a blatant contradiction of the Political Declaration, which sets out ambitious targets for the free movement of goods, services and capital whilst acknowledging that the future relationship “must also ensure the sovereignty of the United Kingdom and the protection of its internal market, while respecting the result of the 2016 referendum including with regard to the development of its independent trade policy and the ending of free movement of people between the Union and the United Kingdom.” (cl.4)

From recent media reports it appears that the Prime Minister, Chancellor and Dominic Cummings are all well aware of the EU’s aggregation game. It has been made clear to Brussels that talks must end by 31st December and there will be no extension of the transition period. We have heard of “salami slicing” and multiple agreements (which is in fact provided for in the PD), and there is constant repetition that we are talking about a free trade agreement, not “an economic partnership” under EU law as envisaged under May’s deal. And we are well within our rights to insist on parallel talks and multiple agreements to wrap up negotiations to meet the target date, since both are provided for in the PD. Whether the civil service is on the same page is another matter. Ministers will need to be at the top of their game and alert to any manoeuvres by wannabe Sir Humphreys trying to trap them into embracing EU plans to regulate us to death in order to reach agreement on “free” trade. It is very good news that the government is running trade talks with the USA and several other countries alongside the EU negotiation – that way there is far less danger of the EU being able to impose regulatory alignment on us which would perforce be exported to those other trade partners.

At this stage, chances of reaching an acceptable free trade agreement with the EU are probably no more than 50/50. There is a review point in the negotiations in June – it could well be then that it’s aggregation game over and a WTO exit, unless that ticking clock suddenly forces a reality check on the technocrats in their imperial HQ in Brussels.

Caroline Bell is the nom de plume of a civil servant who needs to remain anonymous.