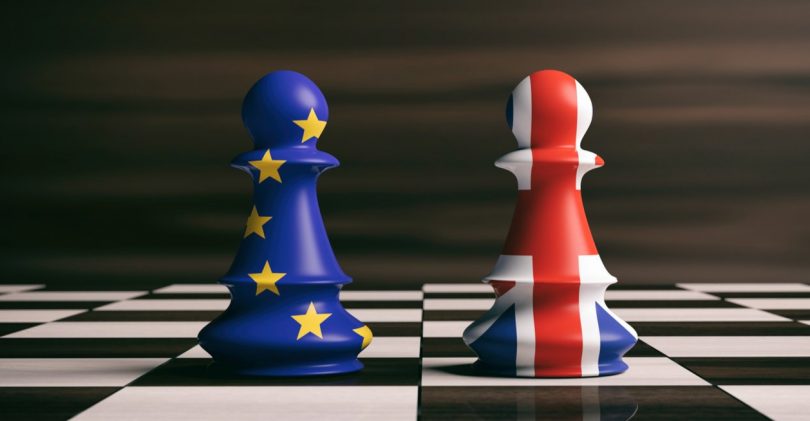 The EU has tended to push the UK around in trade talks rather as it does to small nations like Switzerland. The media frequently suggest all manner of impediments which the EU can use against UK people, transport and trade if it does not get its way. This article lists some important counter-measures which the UK has in reserve if needed to counter bad behaviour by Brussels

The EU has little compunction about using aggressive tactics and threats to try to get its way – either when dealing with the UK or other states. Over the last year the EU attempted to bully Switzerland into signing up to a new relationship which would increase EU control over the Swiss by abruptly curtailing financial services ‘equivalence’. Creditably, the Swiss retaliated and showed that their financial sector had considerable muscle. The EU has also exploited African countries, demanding and then abusing rights to fish in their waters in return for economic assistance. The EU’s abortive threat to stop food supplies from Britain to Northern Ireland was another example and the current threat to halt exchanges of security data that could save lives hardly suggests a mature attitude to negotiation.

An outside observer might wonder why an organisation that behaves in this way would be routinely referred to by UK politicians as our ‘friend’ or ‘partner’. The reality is the EU is an organisation willing to use extreme and sometimes illegal tactics to put pressure on its neighbours. Its arrogance stems from its belief that the size of its single market creates a seller’s market in trade treaties but perhaps also from a semi-religious belief in the righteousness of the Union and the sinfulness of anyone who seeks to undermine it or, heaven forbid, seek to leave it. It has stalled the process Brexit for years, insisting that everything should be done to suit its timetable and preferences. The financial settlement and citizens rights were prioritised ahead of a trade agreement and of course the Irish border question was settled in the most uncomfortable way for the UK.

Of course, none of this high-handed bullying behaviour should have been accepted by the UK and only a craven attitude from the May Government permitted the EU to get away with such a one-sided Withdrawal Agreement. Yes, perhaps the new Johnson administration should have torn up more of the WA and binned the Irish Protocol wholesale, but the circumstances of the Benn Act meant that no progress was possible without an election victory that radically changed the composition of the Commons. No such victory seemed to be possible without an agreement with the EU on the WA and thus the dog’s breakfast of the current protocol was born.

Fortified by an effective 88-seat majority the Brussel’s bullies have been held off for a year and our hope is that this will continue through to either a satisfactory deal or to no deal at all.

The UK has resisted this pressure and has been prepared to respond in kind, where necessary. When President Macron suggested that French fishermen would continue to fish in UK waters even without a deal, and the fishermen themselves threaten to blockade Calais, the UK responded by mobilising naval vessels to prevent fishing in UK waters. Guy Verhofstadt responded by saying: ‘Is this really what people voted for? We are your allies and partners not your enemies.’ This from the EU politician whose staff were filmed glorying in making the UK a colony of the EU.

Playing hardball with the EU seems to work. The Internal Markets and Taxation Bills appeared to concentrate EU minds and remind their negotiators that intransigence has consequences. The threat of Royal Navy vessels cutting French nets or impounding their vessels appears to have increased their resolve to deal. They have been made to see that two can play at the bullying game.

The EU, of course, knows what steps the UK can take if it wishes but it needs reminding that a UK government is willing to go there. The easiest thing is simply to refuse EU terms and trade on WTO terms. Ms von der Leyen may claim that she has the power to grant access to the Single Market but her power is limited to applying the EU’s common external tariff and insisting on compliance with regulations with which the UK is already fully compliant.  Like all EU officials she may view these limited powers as providing privileged access to the world’s largest market, but we already know that existing full access to this market leads to UK goods exports much smaller in value that the EU gains from access to the smaller UK market.

It seems that a range of British MPs and much of the media need a similar reminder that their own country has real bite if push comes to shove. It should not be necessary to list the steps the UK could take to persuade the EU to adopt a more sensible attitude towards bilateral relations, but as an aid for slow learners here are some possible measures:

On finance: the UK could end the situation whereby UK-based financial institutions are allowed to treat EU government sovereign debt as risk-free and thus hold unlimited amounts without capital charges. This treatment is a ridiculous fiction given the recent experiences of Greece and Cyprus. A large rise in capital requirements for EU debt could well push up borrowing costs for EU governments given London’s crucial role as a liquidity provider.

The UK could also force all EU banks operating in London to subsidiarise, rather than (generously) allowing them to continue to operate as branches. This would be costly for them – and makes sense from a UK financial stability perspective in any case.

On security: the UK could decide to withdraw remaining military forces from Europe, including the Baltics. It could also repeal all EU-derived defence regulations, including on procurement – cutting EU firms out of the UK defence market.

On fishing: the UK could announce a complete ban on EU fishing vessels fishing in the UK’s Exclusive Economic Zone, rather than offer generous managed access as the UK is currently doing. Among other things, this would give fish stocks – badly mauled by years of EU mismanagement – a chance to recover.

On aviation: most transatlantic flights cross through UK airspace. The UK could make it difficult for EU airlines to access this.

On road haulage: the great majority of freight between the UK and EU is carried by EU hauliers. This resulted in part from the deregulation of the EU road freight market. This could be reversed over time, improving the market share of UK hauliers. There is also a potential case, on environmental grounds, to ban the entry of certain very large and heavy EU freight trucks.

On agriculture: the UK could refuse to recognise any of the EU’s geographical indications, which ‘protect’ products like Champagne.

On Northern Ireland: the UK could announce its own, minimalist interpretation of the Northern Ireland Protocol, in which for example the protocol’s controls on GB-NI trade would be almost entirely done away with.

On migration: a new system could be introduced making work and travel visas for EU nationals considerably more expensive. The funds raised could be put towards funding UK legacy payments to the EU agreed under the withdrawal agreement

On tax: the UK could cut its corporation tax rate below the lowest levels in the EU. This would have a significant negative impact on Ireland in particular.

Of course, any attempt at pre-emptive use of such nuclear options would lead to tit for tat retaliation, a mutually damaging trade war and years of strained relations. The intention is not to go this far but rather to remind all concerned that these options are held in reserve to be employed as proportionate retaliation for continued bad behaviour from the EU. The media both here and on the continent always stress the potential problems for the UK from EU adoption of similar measures but rarely if ever consider the other side of the coin. The UK is a major economic and military power with important international alliances and a permanent seat on the UN Security Council. It is not to be trifled with.