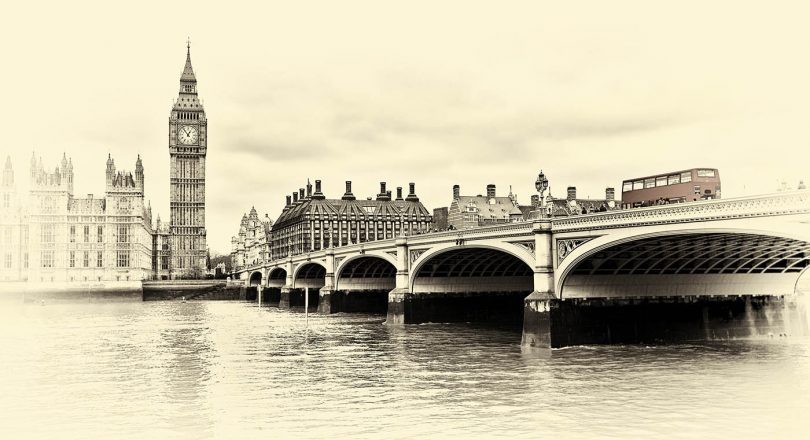 I continue to be astonished by both the lamentable quality of argumentation in the Brexit debate and by what seems to be the complete absence of any knowledge of history. At one level, the debate seems to involve some rather desperate attempts to infer All from Some. Strident claims to the contrary, it is not, for example, the case that London and Scotland voted to remain and the midlands and north of England voted to leave: the split was at best 60:40 either way[1]. In fact, nine regions voted to leave (by an average of 56%) against just three that voted to remain (by an average of 59%). On a constituency (i.e. voting area) basis, the Leaves had it by a margin of 2:1 on a conventional first past the post basis. Nor is it true that the young voted to remain and the old voted to leave. Once again, the respective splits were actually around 60:40 (a lot of younger people voted to leave, and a lot of older ones voted to remain), with the 30-50 year old cohorts being evenly divided1.

It seems that even scientific research doesn’t fare much better. Leavers, some Cambridge University psychologists recently opined, are authoritarian, nationalistic, emotional, cognitively inflexible, and politically predisposed to be right-wing (by implication bad); Remainers are liberal, rational, democratic and left-leaning (by implication good)[2]. Having personally never voted further right than Liberal (at least until the last election), I find this bafflingly ill-informed as I peruse my much-thumbed copy of The Thoughts of Chairman Mao (vintage 1968). Still, no doubt it explains why, in the 1975 referendum to confirm the UK’s membership of the European Community (as it then was), the Labour Party was vehemently opposed and the Tories enthusiastically in favour. Psychologists are probably the one group of people who shouldn’t be let loose on a complex social problem. They have a natural predisposition to view the world in simple causal dichotomies, being constitutionally incapable of reading 51% as anything less than 100%. Aside from the conceptual naivety typical of much psychological research, one should take such findings with a very large pinch of salt.

Psychologically speaking, these reactions to Brexit remind me of the behaviour exhibited by the proverbial jilted lover: disbelief that it could have come to this, followed by anger that one’s trust in the other party could have proved so misplaced, then fear of losing one’s entire social life combined with the “certain” knowledge of eternal poverty. Luckily, neither divorce nor Brexit promises any of these – unless, of course, we have become so dependent on our European friends as to have completely lost our once-legendary capacity to innovate and invent. If we have, that is certainly extremely serious. Perhaps, instead, we should take a leaf out of the Australians’ and New Zealanders’ book. When we summarily abandoned them to join the European Community in 1975, they stared into a pit of economic ruin. But they got their acts together and developed new markets and more competitive efficiencies. With more than a remarkable quarter of a century’s continuous growth behind them, they could be pardoned for being unsympathetic with angst-laden hang-wringers. It’s also a reminder that you should never put any money at all on economists’ prognostications: even a passing acquaintance with economic forecasting is enough to tell us that anything to do with predicting the future when human behaviour is involved is, at best, futile. Frankly, tea leaves would do a better job.

Mention of the original 1975 referendum reminds me that the one question I have never heard asked in the torrent of verbiage since June 2016 is why a generation that voted 67:33 to join the European Community in 1975 voted by the reverse proportion to leave 40 years later. Since this is the only generation that actually had experience of what life was like before the EU, perhaps this should have been the first question to ask. Ironically, in 1975, everywhere except the Outer Hebrides voted to join, with England significantly more positive than Scotland, Wales or Ulster[3]. Alas, the fickleness of time.

You might, at this point, leap to the defence of the Liberal Democrats who have been particularly enthusiastic in asserting that Leavers suffer from Empire nostalgia. Sadly, I suspect that Sir Vince’s scriptwriters – whose experience of multiculturalism is probably limited to a what passes for an Indian curry from the local takeaway and a gap year on a Thai beach drunk with other Europeans – aren’t old enou to have known what it was like to be embedded in a deeply multicultural, multiracial environment. Those of us who grew up in the Empire commonly did so natively bilingual and bi-, and sometimes tri-, cultural, with far fewer prejudices and hang-ups than the average MP and their advisors.

Much is invariably made of our cultural and geographic links to Europe, but in fact our cultural and familial links have always been deeper with the far-flung Commonwealth. It was a point that even the much-maligned Charles de Gaulle appreciated and, indeed, informed his infamous non, non, non (sur mon cadavre) response to our repeated pleas to join his European Community in the 1960s: because of its extensive links around the world, he pointed out, Britain would never be a fully committed member of a European Union and would always have one foot in the rest of the world. Indeed, one could argue that Europe has, historically, been an endless source of strife for us, brought us to the brink economic collapse three times in the last 200 years thanks to major wars we didn’t initiate, and continues to exhibit a haughty disdain for all our attempts to revise its direction of travel (the charming naivety of the Liberal Democrats’ and Tony Blair’s futile belief that we can change Europe from within notwithstanding).

Those who know their history will be aware that 2016 was not the first time we voted with our feet on this issue. Two hundred years ago, in the aftermath of Waterloo, the great Austrian Chancellor Clemens von Metternich proposed establishing a pan-European political union (the Concert of Europe), mainly in order to prevent any more economically damaging European wars. Britain signed up enthusiastically and, for a few years, all was sweetness and light. Then it began to dawn on the British Government that Metternich was intent on pulling up the circle of wagons and creating a United States of Europe. At that point, the British expressed horror and withdrew. The “union” lasted only another two years before disintegrating.

The lesson that the bureaucrats in Brussels seem not to have learned from this is that, unlike the American experiment, you cannot manufacture a genuine union out of a collection of states with such markedly different cultures and histories as those of Europe. History, from the Romans to the Soviets, tells us that it just doesn’t work. The periphery will always revolt, and it invariably breaks the bank. It worked for the USA only because, thanks to a combination of overwhelming settlement (the east) and outright conquest (the southwest), they could begin de novo with what was in effect a single (mainly British) culture – and a brilliantly thought out constitution that allowed the individual states considerable autonomy.

It seems to be a truism that every path in the Brexit negotiations leads back to the Irish Question. One has to wonder why. Ireland has been a sovereign state for almost a century, yet we have managed to maintain a happy communal arrangement. Aside from police posts during the height of the troubles in the 1970s (a matter of security not customs, by the way), there was no border: goods, people and services flowed back and forth at will. Why, then, do we need a border now? The answer, of course, is: we don’t. It is the EU that wants a border, but wants us to bear the blame for setting it up for them. So, when we have our border, what should we do, I wonder, with the Irish Republic’s lighthouses (which, in case you weren’t aware, are overseen out of London in coordination with the British ones), their inshore lifeboats (which are mostly run by the UK’s RNLI) and their bank accounts (the Bank of Ulster being the biggest bank in the Republic)? The truth is that we have been making a common market work, and work exceptionally well, for more than a century – in fact, since 1707 when the Scots joined in and created a union of two jurisdictions with radically different legal systems, different educational systems and very different religions, none of which have proved an impediment to good governance and largely congenial relations. Shouldn’t Brussels be asking us for advice?

[2] Zmigrod, L., Rentfrow, P. and Robbins, T. (2018). Cognitive underpinnings of nationalistic ideology in the context of Brexit. Proceedings of the National Academy of Sciences : 201708960.