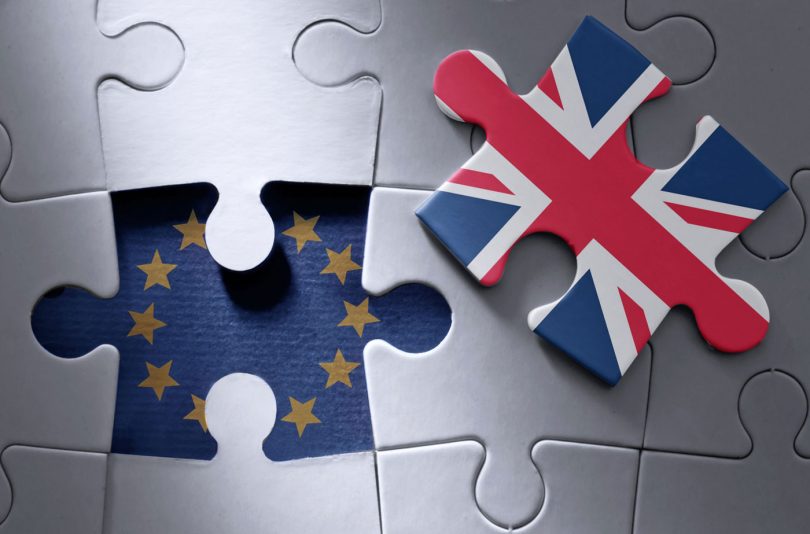 Britain today faces another historic challenge, and I believe that it will regain its unity and determination. The Brussels vision of Europe’s future is an illusion, and Britain will not lack allies among the peoples of Europe as it defends its sovereignty.

” … You must not underrate England. She is a curious country, and few foreigners can understand her mind. Do not judge by the attitude of the present Administration. Once a great cause is presented to the people all kinds of unexpected actions might be taken by this very Government and by the British nation.”

These words were spoken by Churchill. They were addressed to Ribbentrop, German ambassador to London, in 1937, when the Chamberlain government seemed unable to define a coherent policy in response to the Reich’s continental ambitions. They come to mind when I look at Theresa May’s inability to make a clear choice in her negotiations with this same continent gathered in the European Union. We are tempted to make fun of the indecision of the English leaders, their divisions and their unrealism. Let’s not underestimate Britain! Brexit is considered by many as a whim of the British people, attracted by the false promises of irresponsible demagogues, and whose consequences will be catastrophic for them but slight for the continental people.  It may be that, in a few years’ time, events will lead to the opposite conclusion.

I am not trying to draw a parallel between Adolf Hitler and Jean-Claude Juncker, nor between Ribbentrop and Barnier. Nor do I compare the brutal domination of the Third Reich and the peaceful expansion of the European Union. But in both cases, Britain finds itself alone facing a great challenge. I wager that today, as was the case eighty years ago, its divisions and hesitations will not last. Its people will regain their unity and its government their determination. Then the European Union, now so confident of itself, will see what “unexpected actions” the British nation is capable of. It may, in turn, face challenges that will put its own strength to the test.

Let us go beyond appearances and preconceived ideas.  What is the “European hope” of which Monnet, then Delors and now Juncker were the architects? A collective organisation in which our nations abandon pieces of their sovereignty to a college of technocrats supposed to act in the higher interest of Europe. Its proclaimed goal is perpetual peace between our peoples and prosperity shared equitably among all. Recent events have shown that there is a high degree of illusion in the ambition of the technocrats. But their fundamental mistake was, from the beginning, to have believed it was possible to tear off parts of national sovereignty without sharp shocks in return.

What is a nation? A mystery. The rationality of the Brussels experts does not have access to it. It only captures external aspects such as gross national product or balance of payments. Our nations of Europe were all born in the darkness of very ancient history. Their raison d’être is wrapped in the mists of time. Contrary to objective predictions, they have survived the worst trials that centuries have inflicted on them. Their purpose is unknown to us. They are sensitive to everything that affects their sovereignty, even when it seems ineffective.  By claiming that they have unravelled this mystery and that they are leading national sovereignty to merge into a single and definitive sovereignty of the European Union, the technocrats in Brussels are deceiving themselves. It is not in their power to submit deeply felt identities to their authority.

The British nation has just proved it. Her sovereignty was one of the oldest in Europe and the most established. She has always fought stubbornly against the internal and external dangers that threatened to reduce it. She only joined the Brussels system after long hesitations. She has consistently opposed the technocrats’ insistent attempts to extend their power at the expense of the Westminster Parliament. But her stubborn resistance was not understood. It was preferred, in continental environments, to see it as an insular eccentricity without consequences. Overwhelmed by the feeling of its increasingly stifled sovereignty, Britain decided, almost three years ago, to take back her destiny into her own hands. She knew the price would be high. But too bad for the financial and commercial benefits that the European Union supposedly brings! She has chosen to sacrifice part of her well-being if necessary in order to regain her freedom.

This is the deep meaning of the popular vote of June 2016. It deserves respect. To imagine that the British nation will go backwards to preserve agricultural subsidies or vehicle exports is to ignore the strength of her aspiration to become fully herself again.

Blinded by Brussels’ ideology, most continental leaders fail to grasp the real reason for Brexit. Instead of seeing it for what it is, that is to say, a highly political act, which also calls for political negotiation, they have let the European Commission and the European Parliament take over the dossier and bring the issue down to their level of comprehension, which is limited to technical bargaining. Barnier’s method consisted first of setting the financial arrangements for the break-up of the single market. Once this matter was settled, he planned to look to the future and develop a new trade agreement between the European Union and Britain. From the first stage, his way of doing things broke down on political pitfalls whose existence had gone unnoticed. But is it any wonder that technocrats stumble over what they are unable to understand?

At the time of writing, we do not know whether the treaty that is to seal the end of the first stage will be approved by the British Parliament. But that doesn’t matter. What is profoundly worrying for England and the nations of the Continent is the absence of any political perspective in relations between the United Kingdom and the European Union. No technical agreement, however carefully negotiated, can fill such a void. If it persists, then it is to be feared that the British nation, feeling isolated and vulnerable, will be forced to defend its sovereignty against a continent that is undermining it. She has done so before and always will.

What will be the outcome this time? Britain will not lack allies among the peoples of Europe whose sovereignties are being curtailed and whose aspirations are being thwarted by the technocrats in Brussels. The European Union is moving towards a future that is all the more precarious as cohesion and determination are now on the other side.

Michel Pinton has served as an advisor to President Valéry Giscard d’Estaing, and as a Member of the European Parliament.

Michel Pinton has served as an advisor to President Valéry Giscard d’Estaing, and as a Member of the European Parliament.