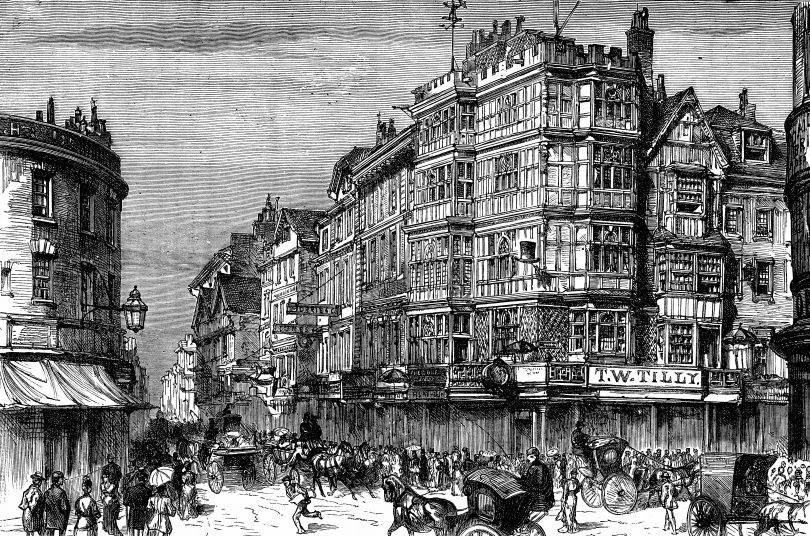 How nice it would be, in this season of good cheer, to find something hopeful to say. Being a historian, I shall try: history often helps us to see our problems in proportion. But let us grit our teeth and begin with the depressing news.

Worst is the sudden emergence — or re-emergence? — of an unusually angry division within our politics and society. A large part of the political class, and seemingly a sizeable proportion of the country’s educated elite, have distanced themselves from the majority of the country. Never in modern times has there been such an overt and even contemptuous attempt to deny the legitimacy of a popular vote. Edmund Burke in the 1790s gave credit for our freedoms to ‘the wisdom of unlettered men’; William Ewart Gladstone believed that ordinary voters ensured the morality of government; the great French political theorist Alexis de Tocqueville realised that everyday experience enabled people to make sensible choices. But today, some prominent voices imply that only those with university degrees have opinions worth listening to. We might be back in the 1860s, when the Liberal MP Robert Lowe, who opposed giving working men the vote, sneered that ‘you should prevail upon our future masters to learn their letters’.

Why has Brexit caused such a strain to our politics and, more worryingly, to our sense of community? It was fashionable not long ago to say that no one cared about ‘Europe’. What has changed? It goes much deeper than debates about the merits or demerits of the single market or the customs union — technical issues that few people on either side understand and which experts seem to think will have few long-term consequence.

Brexit has become a question of identity. Theresa May touched a sore point when her innocuous comment about ‘citizens of nowhere’ caused such outrage. I am not the only person who feels an odd sense of déjà-vu when listening to Remainers. The philosopher John Gray recently ventured a comparison with the ‘fellow travellers’ of the 1930s. Others recall George Orwell’s contrast between ‘the vast majority of the people who feel themselves to be a single nation’ with ‘the English intelligentsia’ who ‘take their cookery from Paris and their opinions from Moscow’. When I hear prominent Remainers unquestioningly supporting the demands of the EU Commission, however incoherent and excessive, I cannot but remember the opposition leader Charles James Fox happily admitting during the Napoleonic Wars that ‘The Triumph of the French government over the English does in fact afford me a degree of pleasure which is very difficult to disguise.’

Is this just coincidence? There does seem to be a sectarian strand in our political culture whose natural home is in what the French call ‘internal exile’. In the 18th and 19th centuries, this was associated with religious Dissent — that high-minded elite of Unitarians, Quakers, Wesleyans and so on — who felt both outside and frankly morally superior to the vulgar and immoral masses, to the fox-hunting Tory squirearchy and to the worldly Anglican Establishment (‘immoral, wine-swilling, degraded clergy’). Think Fielding’s ‘Mr Allworthy’ versus ‘Squire Western’. The consciously progressive and enlightened elements in our own society and their great institutions (including the BBC and the Guardian) were born of and still seem to cultivate this Olympian inheritance. It includes a revulsion against British history or, more precisely, against an internalised caricature of British history: imperialism, exploitation, oppression. We rarely know enough to form a more balanced picture: few advanced countries teach their children less history than we do.

Are we really divided almost equally into two hostile camps, the 52 per cent and the 48 per cent? I doubt it. The referendum and its agitation created that impression, but diehard Remainers are a small minority, however influential. Before the referendum raised our collective blood pressure, very few Britons identified strongly with the EU vision of ‘Europe’. The EU’s own polls showed that only 2 per cent described themselves only as ‘European’, and only another 3 per cent as ‘European and British’. The Pew Research Center, polling at the time of the referendum, discovered a similar number: only 6 per cent in Britain wanted more powers given to the EU (compared with 34 per cent in France, for example). Simple arithmetic shows that most Remain voters would oppose the crash Europeanisation urgently advocated by President Emmanuel Macron. How many of the 48 per cent were reluctant Remainers, persuaded by alarmist predictions? These are the people who, polls suggest, now want the government to push on with Brexit.

Perhaps Christmas is a good time to count our blessings, or at least relativise our problems. We have a weak government, but not as weak as that of Jim Callaghan when we were the first industrialised country to have to ask the IMF for a bailout. We may be demoralised, but less so than in the 1970s, when the country seemed ungovernable. We have difficult decisions to make in foreign policy, but nothing could be as disastrous in blood or treasure as the invasion of Iraq (which I supported — I trusted Blair!). We may perhaps be humiliated by paying Danegeld to the EU, but not so humiliated as by Eden’s Suez fiasco in 1956. We might even be feeble enough to accept foreign jurisdiction over European citizens, like the Chinese empire in the 19th century; but that would be infinitely less shameful than the Munich betrayal in 1938.

But saying that bad things could be worse is poor consolation. What about things we can truly be cheerful about? We have a generally uncorrupt public life. We instinctively trust our fellow citizens — or most of them. We are pretty tolerant of each other, and still on the whole quite civil. As my phrasing may suggest, there has been some decline in these areas over the past half-century. But in compensation, we are less snobbish, less conventional, less prudish and more open-minded. We remain, as for more than a century, non-violent in our private and public existences. We are far from perfect and should not be complacent: all our virtues are relative, better than in many countries, worse than in some. Above all, the good things we have inherited need constant maintenance at a time of rapid economic, social and demographic changes comparable with those of the early Victorian age. The Victorians made a huge common effort to cope: are we capable of such effort?

We depend on the health of our institutions, both ancient and modern: they structure, symbolise and regulate our common life as a nation. We all know them. In no particular order: the monarchy, the BBC, the NHS, parliament, devolved governments and local authorities, universities and schools, the armed forces, the police, charitable organisations, the civil service, churches, even private institutions such as sports associations. We need to cherish them, where necessary by showing them tough love: we are rightly angry when the BBC shows bias, when MPs cheat or abuse their power, when educational institutions or charities pay their leaders vast salaries, when the police behave unjustly, when companies evade taxation, when sports stars misbehave. We need constantly to resist our institutions being captured and used by factions or lobbies: they belong to us all. We have been fortunate in our history. For many centuries, Britain has been among the richest, safest and best-governed places in which to live. Most of us alive today have enjoyed unprecedented peace and prosperity. However much we complain, however much we demand, we must realise how fortunate we are among all those who live and have lived on our planet.

But we may be entering a more dangerous age, and certainly a more volatile one. Globalisation and economic instability, technological innovation and the shifting balance of power will change our world. The revolution in communications may have as seismic an impact as the printing press, which began two centuries of cultural and political earthquake.

Even within established democracies, what would once have seemed unthinkable is now commonplace: whoever predicted the victory of Trump, the apotheosis of Corbyn, the invention of Macron, the crisis in Spain? No one knows the future of China or the dangers posed by newly nuclear-armed states. No one can tell whether the ‘clash of civilisations’ warned of by the American political scientist Samuel Huntington may break out. No one can predict whether we shall manage to limit climate change.

Brexit means that in the face of all these dangers and uncertainties, we have chosen a national, rather than an international, path. This choice, which may turn out to be truly historic, is at the root of our present dissension: it has, at least for a time, divided what David Goodhart calls the ‘Somewhere’ people from the ‘Anywhere’ people. We have chosen to leave an organisation which, whatever its many failings, was an attempt to deal with modern problems by supranational organisation. For more than a century, theorists have advocated just such an approach: the nation was obsolete, the future lay with great continental or even global federations run by high-minded elites.

Whatever the theorists say, ordinary people seem intuitively to feel the opposite: they look for security to the people they know and trust, and to governments over which they have some direct control. That is what Brexit means, and it will leave us with two huge tasks. First, to work to restore and enhance our solidarity as a multinational nation. Second, to show that like-minded countries can work together while maintaining their democratic sovereignty. As William Pitt might have put it, we must save ourselves by our exertions, and help others by our example.

Other recent blogs by Robert Tombs are as follows:

‘It’s time for self-hating remainers to wise up to Europe’s flaws’  Prospect, December 2017