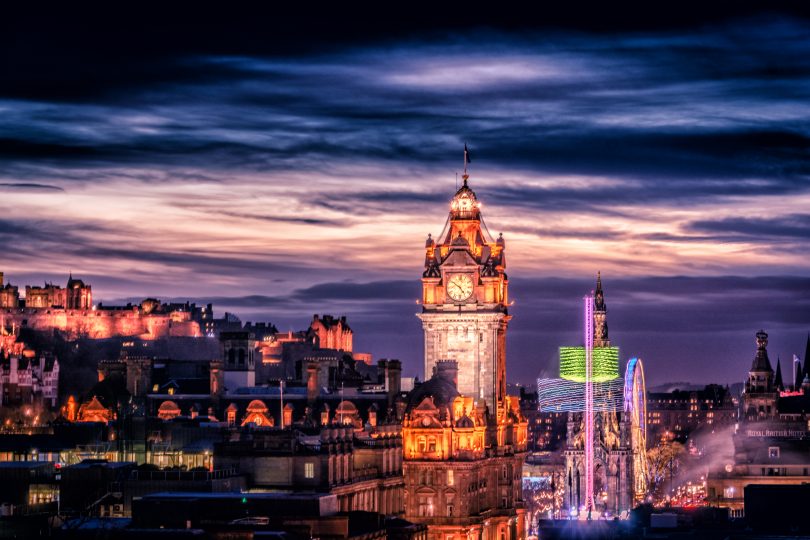 Media commentary has portrayed Brexit almost unambiguously as a disaster for the Union; but there are good reasons to believe that it will strengthen union over the longer term.

Immediately after the United Kingdom’s vote to leave the European Union in June 2016, it was widely suggested that the death knell had sounded for the union of Scotland with the rest of Britain. The majority of Englishmen and Welshmen had voted to leave; the majority of Scots had voted to remain: surely, it was argued, this was the opening of an incurable lesion in the body politic. Is this true? A great deal hinges on the answer to that question. Prosperity comes and goes, treaties are made and broken, but once countries and constitutions are destroyed, they tend to be gone forever. Even the staunchest leaver must admit that Brexit at the cost of national disintegration would be a Pyrrhic victory.

In the days immediately following the EU referendum, unionists were thrown into panic by a string of three polls, each recording small leads for the ‘independence’ movement in Scotland. Yet this mood appears to have receded as quickly as it arose. Since July 2016, only one poll has shown a lead for separation. Meanwhile, thirty-five have recorded leads for unionism, averaging around 10%, although some have been considerably higher. Enthusiasm for a second referendum on secession has remained still lower than support for secession itself. None of these trends were altered by First Minister Nicola Sturgeon’s decision to seek such a referendum on 13 March 2017.

The 2017 General Election offered further comfort for unionists. The Scottish National Party sustained significant reverses in the face of resurgences by both the Conservatives and Labour. Its popular vote shrank by a third from its 2015 performance (although it remained considerably higher than the 2010 figure), and it lost twenty-one (roughly two-fifths) of its seats in Westminster. In the wake of these results, the First Minister was moved to shelve her request for a second Scottish referendum. Subsequent polls of voting intention in the next elections to the Scottish Parliament – due before May 2021 – show the SNP’s lead to have halved from 22% in May 2016 to roughly 10% at the beginning of 2018. The likelihood of another secessionist government being returned in 2021 has thus fallen.

It would be foolhardy and dangerous to conclude that Scottish separatism is now riding an ebb tide; nevertheless, the doom-laden prophecies of June 2016 have not come to pass. Despite Brexit, the position remains broadly the same as it was at the conclusion of the Scottish referendum in September 2014; although from some angles, it looks slightly more favourable to the unionists. Yet unease continues, and not only amongst commentators who attribute all recent surprises to an incomprehensible pandemic of ‘populism’ – now the deus ex machina of choice for the bewildered.

Conundrums and Clarifications: Separatism after Brexit

Media commentary has portrayed Brexit almost unambiguously as a disaster for the union; yet the impact of European integration on the relationship between the British nations – especially over the long-term – is actually a matter of debate. Presciently, the Labour MP John Mackintosh forecast in 1975 that membership of the EEC would foster ‘a European conscience’ that would one day ‘take the place of the British element in Scottish thinking’. The separatist campaign in 2014 strongly echoed this line of thinking, as its spokesmen routinely invoked EU membership to mitigate the disadvantages of British disunion.

Scottish voters parted company with the English and Welsh over the issue of Brexit in June 2016, and many observers warn that this rift could crack the union apart. However, as we have seen (and despite much rattling of sabres), this train of events does not appear to be in motion – thus far. Perhaps the replacement of a British with a European conscience was not yet sufficiently advanced. If this is the case, then there are reasons to believe that Brexit will strengthen the union over the longer term. Scottish unionists may even have dodged a bullet.

Objectively, Brexit makes Scotland’s secession less appealing. As long as all parts of the British Isles remained within the European single market, the importance of the British union was diminished. Under these circumstances, no political reorganisation could impede the movement of goods, services, and people between north and south. Outside the single market, no such guarantee exists – apart, that is, from common membership of the United Kingdom. Under these circumstances, separation poses not simply an economic risk, but a danger to social and cultural cohesion too, calling into question Alex Salmond’s complacent promise of a ‘social union’ that would endure in these islands despite political Balkanisation.

Moreover, were a separate Scottish state to re-join the EU while the remainder of the UK stayed outside it, EU membership would become the cause of – rather than the safeguard against – internal barriers within the British Isles. In this context, a cleaner Brexit might well prove more favourable to the unionist cause in the long term. The role of the European Union in the ‘independence’ debate has thus been inverted by the events of June 2016. Under these new circumstances, the SNP leadership’s plan to diminish the impact of Brexit on Scotland by seceding from the UK seems grimly ironic. Such a move would only create further complications: perhaps there is wisdom in the drift of the polls towards unionism.

Conversely, it would be wrong to draw a direct line between Europhilia and separatist sentiment, which creates a further problem for the nationalist leadership. Opinion on EU membership is divided within the ranks of the SNP itself – as it has always been. The National Centre for Social Research found that more than a third of the party’s voters supported leave, and a majority of Scots want an end to free movement. Jim Sillars, once the architect of the party’s ‘independence in Europe’ platform in the late-1980s, now criticises the leadership for its apparent willingness to mortgage the cause of Scottish independence to the EU. He has pledged to vote for union in a second referendum held on those terms.

Of course, all of these reflections are somewhat beside the point, because on any reasonable metric, being part of the United Kingdom is vastly more important to Scottish people than being citizens of the EU. 750,000 Scots live in England. The fifty-nine Scottish MPs in Westminster hold the balance of power in the House of Commons (compare the influence of the six Scottish MEPs who sit in Brussels). Scotland’s exports four times as much to England as it does to the Continent. Large financial transfers from the south help to pay for the Scottish public sector: this is not an anatomy of dependence, but the consequence of seventy years of commitment to a British welfare state. English tax revenues facilitated the bailout of troubled Scottish banks in 2008. Scotland not only uses the pound but has a say in the Bank of England’s interest rates. And while nationalists often accuse those who make this argument of ‘neo-imperial nostalgia’, in an age scarred by global terrorism and the resurgence of authoritarian regimes, it may be no bad thing for Scotland to be part of one of only two surviving military powers in Europe – and the only one that is also part of the Five Eyes. Alongside these facts, Brexit is almost a triviality. This is a case which must be made much more loudly.

On the legislative semantics of devolution and the Great Repeal Bill, please refer to: http://www.these-islands.co.uk/publications/i278/continuity_devolution_and_the_eu_withdrawal_bill.aspx ; and further http://www.parliament.scot/General%20Documents/The_implications_of_EU_withdrawal_for_the_devolution_settlement.pdf (accessed January 2018).

Daniel Robinson is an historian and fellow of Magdalen College, Oxford. He was senior policy adviser on devolution and the union after Brexit to the Minister for the Cabinet Office until June 2017.