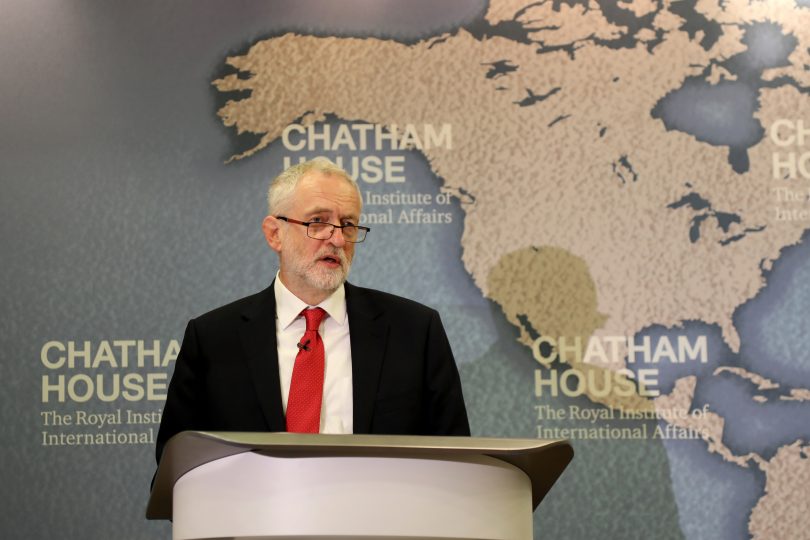 For many years, Labour Party critics of the European Union have highlighted the problems of removing important fields of national policy away from nationally elected governments and transferring them to supranational institutions with which ordinary citizens have little connection. As recognised by Denis Healey in 1950, Clement Attlee in 1962, and Tony Benn in 1975, European Union membership entails removing national decision-making powers away from the institution where most people in Britain think the laws affecting them ought to be made (the British Parliament). This transfer of power creates a dilemma for democratic decision-making: national publics expect their national parliaments to make policy choices even though their MPs have given up the ability to shape such policies directly.

In recent years, the most politically consequential power which has been transferred to the European Union has been the ability of the British government to set the number of people who migrate to the United Kingdom. So long as Britain remained in the EU, the British government was powerless to regulate substantially immigration from twenty-seven other countries, some of which have extremely different labour markets to that of the United Kingdom. During David Cameron’s attempted negotiations with the European Union in advance of the 2016 referendum, EU leaders made it clear that immigration policy within the EU was not up for negotiation. Free movement of labour was an inviolable part of membership of the EU, no matter what democratic electorates felt about the policy.

For years, large majorities of the British public have felt that immigration levels have been too high. At the time of the referendum, 77% of the British public wanted to see levels of immigration brought down, while only 4% of the public wanted to see immigration increase. Yet, British governments were seriously impaired from reducing numbers. Election after election, pledges were made by both parties (recognising the desire among the public to reduce immigration) but broken (due to the absence of the levers of power to achieve the desired outcome). By returning power over this key policy area back to the British Parliament, Brexit has opened up the political space for the main parties to appeal to voters who have felt ignored by the political class.

People’s concerns about immigration were not invented out of thin air. The real experience of immigration in Britain since the EU expanded into Central and Eastern Europe since 2004 was one of rapid change, as Figure 1 shows. As Geoff Evans and Jon Mellon have shown, the salience of people’s concerns about immigration closely tracked actual levels of net migration since 2004. Areas which saw the fastest increases in migrant populations were more likely to vote Leave. In areas where the migrant population increased by 200 percent or more between 2001 and 2014, there was a 94 percent chance of voting Leave.

In the 2017 general election, Labour embraced Brexit in its manifesto. Senior Labour figures accepted the need to end EU free movement, a policy which had been at the core of voters’ distrust of the Labour Party. Shortly after the referendum result, Corbyn wrote a piece in the Guardianarguing, ‘If freedom of movement means the freedom to exploit cheap labour in a race to the bottom, it will never be accepted in any future relationship with Europe’.

With both parties in agreement on Brexit and immigration, the 2017 general election focused on austerity, education, and the costs of an aging society. Together, Labour and the Conservatives received a combined 82.3% of the vote, higher than any election since 1970. The Liberal Democrats, in contrast, promised a second referendum in an attempt to keep Britain in the European Union. They received their lowest vote share since the 1959 general election.

Indeed, Brexit appears to have been the release of a public pressure valve on immigration. The 2017 general election was the first since 2001 (i.e. the first since EU enlargement) in which immigration did not dominate among voters’ most important issues. In the 2010 and 2015 general elections respectively, 53% and 52% of voters cited immigration as one of the top three issues facing the country. In June 2017, only 34% did. It is no coincidence that in June 2017 UKIP had their worst election night since 2001, while Labour secured its highest vote share since 2001.

Labour’s position on Brexit enabled the party to focus on key economic concerns to win back voters who had defected to the Conservatives and UKIP. Of the 28 gains Labour made off the Conservatives in 2017, a majority (17) were in seats which are estimated to have voted Leave. Labour managed to win seat such as Peterborough, Crewe and Nantwich, Stockton South, Lincoln, and the Vale of Clwyd, all areas where as many as 3 in 5 voters backed Leave.

Voices in the Labour Party have argued that Labour must commit to remaining in the Single Market. This would be politically catastrophic for Labour, particularly because Single Market membership would require continued free movement and the continued transfer of large areas of national policy to supranational entities. Labour’s Shadow Trade Secretary Barry Gardiner was correct to say that if Britain remained in the Single Market, ‘we would in effect become a vassal state: obliged to pay into the union’s budget while having even less sovereignty than we do now’.

In 2016, the British people decisively, with a majority of over 1 million and in the largest turnout in a British election in a generation, voted to end a forty-year political union which Britain shared with, initially, eight and, now, twenty-seven other countries. The ‘take back control’ message was an echo of the critiques made about the Common Market made by Labour politicians for decades. At its core, Brexit was about restoring national democratic control and accountability over major fields of domestic policy, with the most politically salient being control over immigration.