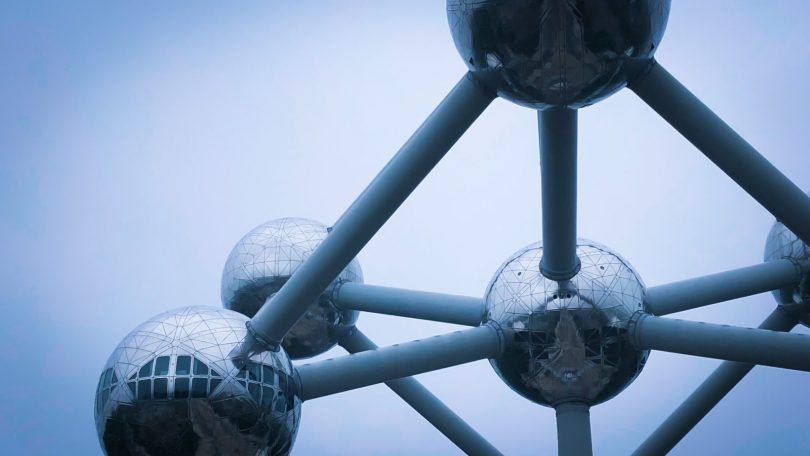 Brussels aims to entangle Britain in a neo-colonial trading relationship to prevent the British economy being seen to prosper after Brexit. Brussels and its British allies seek to spin out and complicate the negotiating process. This is the aim of their present campaign to extend the negotiating timetable.

It was surely foreseeable how the Covid-19 crisis would be used by the Brussels bureaucracy and its allies?  We are now seeing the first step in a campaign to use the pandemic to get the transition period extended into next year.  That would give them another year to entrap Britain in a cat’s cradle of entanglements, providing them, no doubt, with further opportunities to make the entrapment too complicated to escape.

Meanwhile Brussels’ allies on this side of the channel are assisting with the argument that the British administration is incapable of combining our exit from the EU and our exit from the lockdown at the same time.  We are told negotiating a Free Trade Agreement will deflect the effort needed to plan the re-entry.

But the campaign for an extension is part of a longer game.  Brussels wants a prolonged negotiation because it wants a complicated outcome. A complicated outcome will help them to entrap Britain more securely. That entrapment is the disguised aim behind Brussels’ specious cry for a “level playing field.” Behind that camouflage, the real aim is to maximise Brussels’ control of key aspects of British policy, external and internal: Brussels has decided it has to achieve this, because it cannot allow Britain to emerge from Brexit with the freedom to trade freely.  Its underlying negotiating aim is to impair Britain’s post-Brexit economic performance, and to prevent it rebuilding its economic relations with the world.

The “playing field” Brussels says it is seeking, is in reality anything but “level”.  Its aim is  to lock Britain into a game played by rules which Brussels  writes: rules covering the range of public policy, internal and external (which they call a “common rulebook”): rules which they demand the right to alter unilaterally to Britain’s disadvantage whenever they wish (this they call “dynamic alignment”): rules supervised by a referee appointed by themselves and committed to their political agenda (this they call the European Court of Justice).  In a word, the EU’s “Level Playing Field” is a camouflaged agenda for neo-colonial trade war.

Since the 1980s, British economic policy has followed a fresh path: a path of economic liberalisation, diverging from what Brussels pleases to call the “European Social Model”.  This departure has not been without success.  During this period, the growth of the British economy has exceeded that of the Eurozone, taking Britain from one of Europe’s poorest Member States to one of its most prosperous.  This growth has aroused resentment from European leaders as their own economies have slowed.

Brexit has turned this resentment into fear. The Brussels bureaucracy cannot contemplate the spectacle of Britain, on escaping from their control, continuing on a path of faster growth than the Eurozone.  Their ultimate horror is the spectacle of Britain making a manifest success of escape from its European entanglement; prompting, it may be, a wave of further defections.

In this fear European leaders have turned trade negotiation into what I have termed a neo-colonial trade war. If this verdict seems harsh, they themselves have declared it openly, and we must believe them. They have declared it ever since the 2016 referendum, often with alarming clarity.  Even while 2016 was drawing to a close, the then President of the European Commission, Jean Paul Juncker, declared in stark terms that the departing Britain cannot be allowed to grow enjoy faster economic growth than the Eurozone.  He was seconded by the then President of France, Francois Hollande, insisting that Britain must be seen to pay a penalty for its withdrawal.  Likewise, the German Chancellor, Angela Merkel, was reported as warning German industry that it must accept disruption of its trade with the UK, for the higher good of penalising Britain’s departure.

It is important to understand these European leaders’ point of view.  Their dilemma is intractable. For them, it is a matter of survival.  With many kinds of instability afflicting their project all over Europe, in Austria, France, Germany, Greece, Hungary, Italy, Poland, they cannot afford to let the world see Britain prospering through Brexit.

Yet what can they do to prevent it?  Entangling Britain in a neo-colonial trading relationship is their one hope.  Whatever the verbal clothing, this is the root of their demands.  Once this point is grasped, it becomes clear why the EU must seek a long-drawn out and perhaps painful negotiation, leading to a complicated, compromised and entangled outcome, concealing what they no doubt hope will be many a hidden trap.  An extension of the negotiating timetable is their minimum requirement.  For this purpose Cov-19 is a godsend.  And those in Britain now arguing that Cov-19 calls for such an extension? Wittingly or not, they are playing Brussels’ game.

Brussels’ root objective in the negotiations is to entangle Britain in a neo-colonial trading relationship and to prevent the British economy being seen to prosper after Brexit.

To veil this objective, Brussels hides behind a cry for “level playing field,” a camouflaged weapon in a campaign of entanglement.

Tony Lane is a retired civil servant.  He served in several roles in the Department of Trade and Industry in London.  As Head of the DTI’s International Trade Policy Division, he managed the UK’s input into the EU’s external trade policy.  In that capacity he served at the launch of the Uruguay Round of world trade negotiations, which created the World Trade Organisation. On retirement, he worked as a consultant on Trade Policy, advising governments in Europe and around the world.