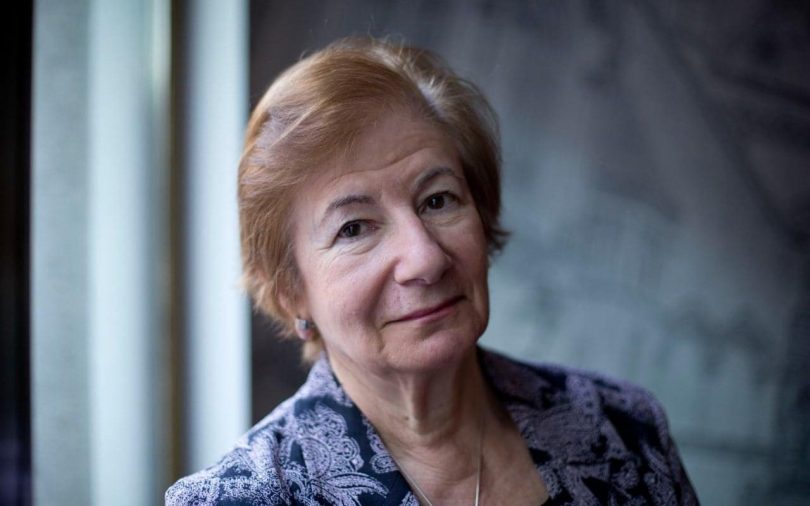 Baroness Ruth Deech, a lawyer, who has often voiced her concerns about the UK’s membership of the EU.

In this special end of term B4B podcast we caught up with Baroness Ruth Deech, a lawyer, who has over the past 25 years often voiced her concerns about the UK’s membership of the European Union.

We discuss a speech Baroness Deech made in the House of Lords this month. You can read it here on our website: https://briefingsforbritain.co.uk/up-with-this-we-will-not-put/

Deech spells out why like others she objects to the Prime Minister Theresa May’s Withdrawal Agreement, pointing out the Norther Ireland backstop should have an opt out, that the £39 billion divorce bill also comes with additional pension costs for many years to come, and that the European Court of Justice should not retain jurisdiction over the agreement and our future payments to the EU.

The recent ECJ ruling on allowing the UK to revoke Article 50 unilaterally was she said, at odds with the UK Supreme Court ruling in the Gina Miller case leaving the law in “a mess”.

It is her belief that May has done her best to get a good deal but that the fault in these two years of negotiations is on the EU side as it has made “no genuine effort to reach an agreement”.

“It wants to make it so difficult that no one else will ever want to leave to keep its own ship afloat,” she said.

She believes if we stay in the EU the UK will be “chaining itself to a corpse”, and that the EU is not protecting human rights across Europe as it should do and that too many former Eastern Bloc countries were admitted too prematurely to the Union.

“We can’t wipe away borders. Europe has pushed too far too fast, and its officials are unaccountable, overpaid and they are viciously fighting against Britain and not taking into account the poverty and pride of Europeans.”

She argues against a third referendum on Europe and says the people have already voted, and she has particular concerns about voters understanding the complex issues that are at stake including reading the 585 page Withdrawal Agreement.

Speculating on the future of May’s Withdrawal Agreement she says she thinks the vote in the UK Parliament will go ahead in January 2019, and that with “a heavy heart”, she can see how it might get passed. Leaving on WTO terms would be better she suggests but says project fear has been influencing people negatively. “If we have a clean break on WTO terms we will manage somehow”, she argues.

Finally Deech says no organisation should be able to stop a member from leaving and that: “If you want your independence sometimes you have to fight for it”.

Article 50 she said should be redrafted.