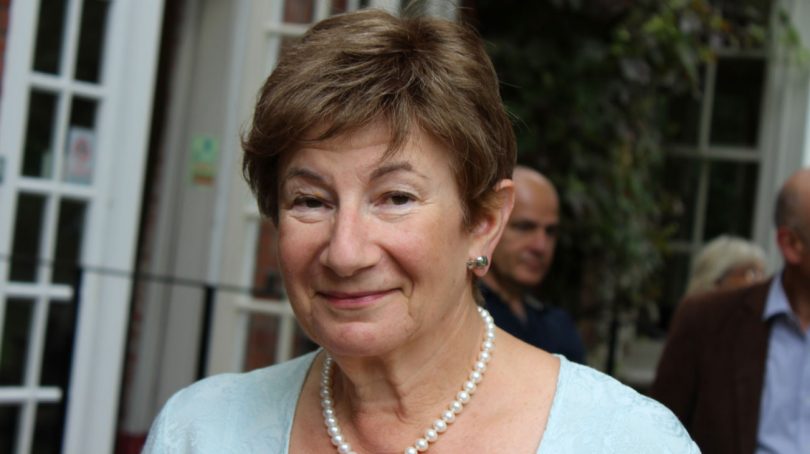 Baroness Ruth Deech, a cross-bench member of the House of Lords tells the BfB podcast series why she believes our Human Rights are better protected through our own courts and judicial systems rather than relying on membership of the European Charter of Human Rights.

The 15 Lords’ Amendments & Our Human Rights

Baroness Ruth Deech, a cross-bench member of the House of Lords tells the BfB podcast series why she believes our Human Rights are better protected through our own courts and judicial systems rather than relying on membership of the European Charter of Human Rights.

Baroness Deech also speaks about why she is pleased the Commons defeated those 15 Lords’ amendments despite the chaos of the past week, which saw Theresa May the Prime Minister and Jeremy Corbyn fight off rebellions in their Conservative and Labour parties respectively. There was even one Conservative ministerial resignation, Phillip Lee, the Justice Minister who wanted to support the so-called “Meaningful Vote” amendment giving Parliament a final say over the Brexit Bill. There were also six Labour front bench resignations over membership of the EEA, the majority in favour but some against.  Added to which the entire SNP party walked out of PMQs on Wednesday in protest at the time allowed to debate their amendment.

We asked Baroness Deeech to give us her view, as a prominent Brexiteer and lawyer of that “chaos” and the Lords amendments and then to tell us why she thinks our human rights are better protected by our own laws and courts rather than by retaining the European Charter of Fundamental Rights.

Baroness Deech said: “I am delighted that the Commons has had the good sense to reject most of the Lords amendments. The Lords amendments were made I think not in pursuit of the best interests of the British people and not in pursuit of the core of the EU Withdrawal Bill, which is simply to get us over the finishing line next March. That Bill has been used to hang all sorts of extraneous matters on, a bit like a Christmas Tree, with all sorts of baubles on which have nothing to do with the Bill. I am very worried about the one amendment which may come back and cause serious trouble which is about the meaningful vote at the end.”

“But the third layer, the European Charter of Fundamental Rights, is not a very well drafted document and it is not meant to apply to individual rights but to institutional rights. It has hardly been used in this country. But it has two great flaws, it would allow British judges actually to override, set aside and ignore British law made by our Parliament whereas our adherence to the European Convention on Human Rights and the European Court of Human Rights doesn’t do that. Parliament maybe told its laws don’t apply but they are not overridden.”

She goes on the say the Charter “has been completely ineffective”, and cites “the crumbling of Human Rights in Poland and Hungary”. She said: “Look at the rise of extremism and terrorism and anti-semitism across Europe. The European Charter of Fundamental Rights is so much hot air; it does not give us extra protection.”