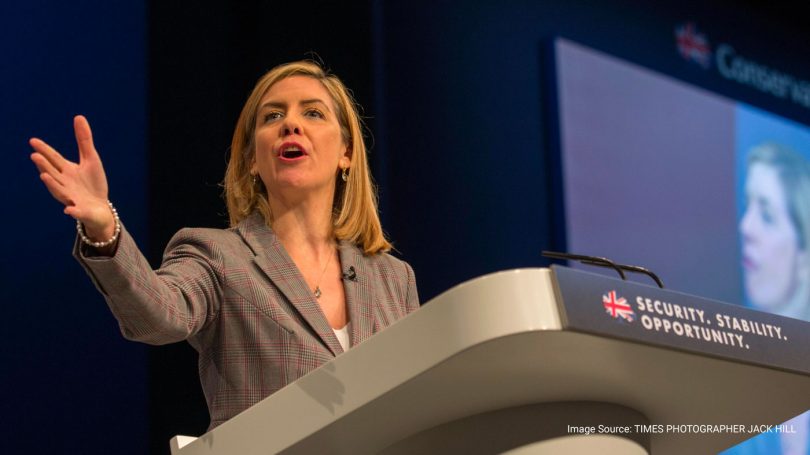 Andrea Jenkyns the Conservative MP for Morley and Outwood is not afraid to #StandUp4Brexit and give her support to the “GO WTO” campaign launched today.

Andrea Jenkyns the Conservative MP for Morley and Outwood is not afraid to #StandUp4Brexit and give her support to the “GO WTO” campaign launched today.

“GO WTO” is a major public #Brexit campaign to inform and promote a clean WTO exit from the EU.

Jenkyns represents a constituency that voted by 60 per cent to Leave the EU in the June 2016 referendum and she believes voters have not changed their minds about #Brexit. If anything, she says more of the Remain voters now support Leave than previously after seeing for themselves how the EU has conducted these negotiations.

In this exclusive B4B podcast Jenkyns tells us why as a democrat she is prepared to #StandUp4Brexit and how media bias particularly from the BBC has not helped Brexit supporting MPs to put their case for Leave to audiences.

Jenkyns tells B4B why she signed the Theresa Villiers letter to the BBC calling for impartiality in reporting on a no-deal and WTO terms for leaving. She is optimistic for the UK economy post #Brexit, saying the UK is in a good position to improve its trading links with growing global economics such as Africa, and wants Theresa May the Prime Minister to ensure the UK does leave the EU on 29th March 2019. She opposes attempts to delay this including calls for a Second Referendum or an extension of Article 50.

“60% of Morley and Outwood, 58% of Yorkshire, and 52% of the United Kingdom voted to leave the EU – overall, by a majority of 1.3 million people. We must respect the will of the people and leave the EU in full,” she said.

She continued: “I have never met a Leave voter yet who wants a Second Referendum. It’s a sore loser’s referendum. I don’t think over 1 million people more voting to Leave is a slim margin. A Second Referendum is not good for our Country, it kicks it into the long grass further, we have seen what a mess the last two years have been and the lack of preparedness and kicking it into the long grass doesn’t help things. It is not good for business or planning, it’s not good for democracy, and it’s not good for parliament which needs to get on with other things. Let’s just get on with things and ensue we leave on the 29th March 2019. Put some common sense into it, we are a great Western democracy. “

Jenkyns sits on the Brexit Select Committee where she says Leave supporting MPs are now heavily outnumbered and which she thinks is not giving a true picture of what the implications of Brexit are for the UK economy. “The government should have been preparing for no-deal from day one, not speaking about WTO two years later; they should have been speaking about it from day one. I think the EU will come up with a deal at the last minute. Crashing out is just defaulting to WTO terms which most of the World trades on including the US and China, let’s just get on with it,” she said.

Jenkyns said she would not vote for the May Withdrawal Agreement, even if it is amended. “The NI backstop is just a way to keep us close to the EU. It is a manufactured disagreement. It is in everybody’s advantage to get a true #Brexit.”

She said the Brexit Select Committee used to be balanced but now only has 6 Brexiteers out of 21 on it and that it was hard to get its reports to be “balanced”.

“We are all Brexit fatigued but Brexit is too important to give up on. More people voted to Leave than for either political party in the last two general elections. As a democrat we have to keep fighting for the democratic mandate that got presented to us by the British public in the Brexit referendum.  My case work is showing me Leave is stronger than ever in my constituency.”