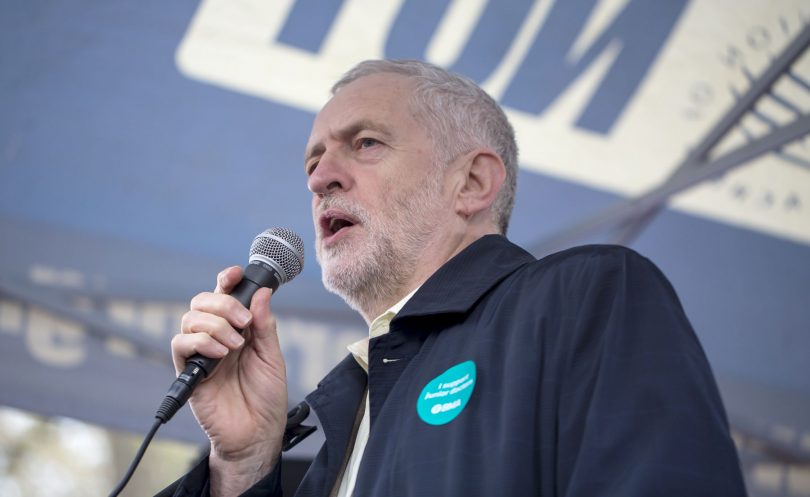 Labour need to “Get real. Labour must move closer to the British people as they are and not as they would like them to be. For the first time in a hundred years Labour faces a working-class electoral base which it doesn’t understand and doesn’t even know”.

Labour is split from top to toe.  Party MPs don’t say much because the split stretches far beyond Brexit into their own hard won seats. Many Labour MPs can’t get along with their constituency parties or their voters.  Many in the leadership can’t get along with their voters or their MPs.  Caught either way but at the same time desperate to put clear blue water between themselves and the Tories, Corbyn’s Labour is in a dilemma. It has tried standing for all possible opportunities but opportunism works best in predictable situations. In unpredictable situations it just looks like a mess.  Sometimes history and instinct work better.

Get real.  Labour must move closer to the British people as they are and not as they would like them to be.  For the first time in a hundred years Labour faces a working-class electoral base which it doesn’t understand and doesn’t even know.

Get hard.  There is no ‘Labour Brexit’ any more than there is a ‘Tory Brexit’.  There is only an EU Brexit intent on teaching its member states a lesson in not leaving.  Whatever Mrs May’s failings, this is Brussels’ deal as well hers, and Labour shadow ministers might bear this in mind when they presume how much easier their re-negotiations are going to be. The only easy negotiations will be Remain negotiations.  Brexit means hard ball.

Get clear.  Brexit has become a political question over an economic one.  If Labour commits to a politics people understand, they will accept it.  Mrs May’s deal was not a deal so much as 585 pages of political equivocation and adjournment.  At £39b, it’s also expensive.  Only Tory self-preservation gave it a cat in hell’s chance and even that wasn’t sufficient.  Labour should come out in favour of a clean-break Brexit that says enough is enough.  Deal-making, it would seem, only promises to prolong the national agony.  Let’s get clear and new talks can begin.

Get left.  Labour’s old left position was always Euro-sceptical.  The EU has its origins in the 1952 European Coal and Steel Community.  There is no way Clement Attlee’s Methodistic labour movement would have agreed to joining an organization conceived by Catholic conservatives devoted to rationalizing coal and steel.  Hugh Gaitskell talked about joining Europe and losing a thousand years of history.  Peter Shore, Bryan Gould, Michael Foot (and George Orwell) talked about socialism as the national genius.  Tony Benn warned about the Commission’s anti-democratic instincts mixing with an Establishment taste for secrecy.  He called the original act of joining a coup d’etat against parliamentary democracy.  In essence, this has been Corbyn and McDonnell’s point of view over the years, but New Labour, their New Labour, finds more in sophistry abroad than solid achievement at home and the Labour leadership find themselves stuck.

Get hip.  We find ourselves in the unprecedented situation of having a parliament not only unable to express itself, but unable to express that which it asked us to express on its behalf.  The country is not stupid and knows this, but without representation it needs a lead, a style, a lyric, to make itself known.  Call it patriotism if you like.  There are only so many speeches the Labour leader can make about human rights in the world and expect to be heard here.  Labour must speak to the country as a whole, both sides, going forward.

Get ready.   Tory Leavers saw no deal as the only way out of the Brussels mess.  But this ceased to be wise for them the moment a stalled trade deal in Belgium turned into a major constitutional crisis at home.  That the crisis could have happened under any government is true, but that it happened under a deeply unpopular and divided Tory government is Labour’s best chance.  The Tories now face melt-down not only in cabinet but in party and electorate.  Their new leader is going to find himself (it’s going to be a him) sitting in a pool of water unable to go forward or back.  A general election is the only constitutional solution and Labour must be ready with a clear but realistic line that deals with Farage as a one trick pony and the Tories, however they reconstitute themselves, as a dead horse flogged.

Get with the many.  So many MPs talk about what they learn ‘on the doorstep’, you wonder why they never get into the kitchen where people really say what they mean. I look at the Commons’ benches and wonder how so few can claim to represent so many.  The trust between the British people and the House of Commons is so slender, so long lived and so – all things considered – effectual, it must be some sort of political miracle. But so many years ignoring majority wishes on core issues (too many to count) has eroded the trust of people in parliament to such an extent (see Matthew Goodwin, New Statesman 3 May) that the consequences of a second referendum could be terrible.  Nobody would have a clue as to what the vote really indicated, and a second referendum will be seen as a spectacular rebuttal of democracy.  Burke reminded us that the idea of a People is the idea of a corporation made “like all legal fictions”, by “common agreement”.  Once the legal fiction is exposed – once, in other words, Humpty Dumpty falls, he might not be put back together again.  I’m being as light hearted as I can on this very serious matter.  It’s astonishing that all that highly educated brain power in favour of a second referenders can be so stupid.

Be happy.  That said, in spite of all the talk of humiliation and disgrace we are accused of heaping upon ourselves, it is worth noting that through it all there have been no civil disturbances, the markets have remained steady, and the economy continues to grow.  No other EU country has offered its people what parliament (for whatever reason) offered us and that, with all due humility, might be reason for a bit of pride.  MPs might have endangered constitutional government with their March usurpation of the parliamentary agenda, but far from feeling humiliated at scenes in the Commons, there are times when I have felt elated – elated at the smash and grab, the eye to eye exchanges and the blistering performances from people I never normally think about – Mr Gove for instance, or the Attorney General.  Can you imagine Mr Juncker coping at the dispatch box?  EU debates look prefabricated in comparison.  The European Parliament in Strasbourg, for instance, is designed so that all look to the front while hiding behind banks of screens well away from each other.  Horrible!  Whatever side they’re on, it’s harder to imagine tyranny when MPs are personally known in the Commons, personally accountable to their constituencies, and at liberty to speak face to face.  There are times when democracies have to war with themselves just to show they are alive.  Whatever the log jam, at least we are alive and kicking.  It’s silent regimes we should fear, not barnstorming ones, and its high time Labour actually spoke up for our democracy as if it mattered.

New Deal.  This has not been a good time to be Prime Minister, we know that.  But, as we Young Marxists used to say, ‘objectively’ speaking Mrs May inherited a political conjuncture of deep contradictions – inside her cabinet, her party, and her parliament.  The best time to kick a Prime Minister is when she’s down, and boy Mrs May has had to deal with her fair share of inverted snobbery and sly misogyny along the way.  For all that, up until yesterday (so to speak) she was the only game in town and the fault is Labour’s.  It’s time to take a political risk and turn to what Gramsci called the ‘national popular’ and give it another go.  What kind of go?

Let’s go for a ‘New Deal’ Brexit based on a general election offering a clean break from the European Union linked to a Rooseveltian programme of public service, greater equality, more art, anti austerity, and a new constitutional settlement with more power (and more money) for local government and the regions.  Labour should say that because nobody wants a hard border in Northern Ireland, there won’t be one.  Equally, Labour has got to return to the old common sense politics that a country without borders cannot be a country, let alone a social democracy.

10.If only.  There is, of course, no chance of Corbyn’s Labour taking heed of any of this.  Any of it.  They are a middle-class party now, and the shock of going for Leave would frighten just about everyone from the Blairites to the Momenta.  It’s hard to see Jeremy explaining his change of plan to Andrew Marr and the metropolitan commentariat.

But you never know.  Mine is an ‘If only’ appeal.  If The Guardian’s ‘If only Labour would come out unambiguously for Remain’ is feasible, then so is my ‘If only Labour would come out unambiguously for Leave’.   More feasible actually, given Labour’s history and instinct.   Politics is about lesser evils rather than greater truths.  In his 1791 Appeal from the New to the Old Whigs Burke lost his reputation in the party by appealing against its support for the French Revolutionaries.  No matter, in the end the Revolution was followed by Terror and Autocracy and he was proved right.  Contrary to first impressions perhaps, politics is a long game.