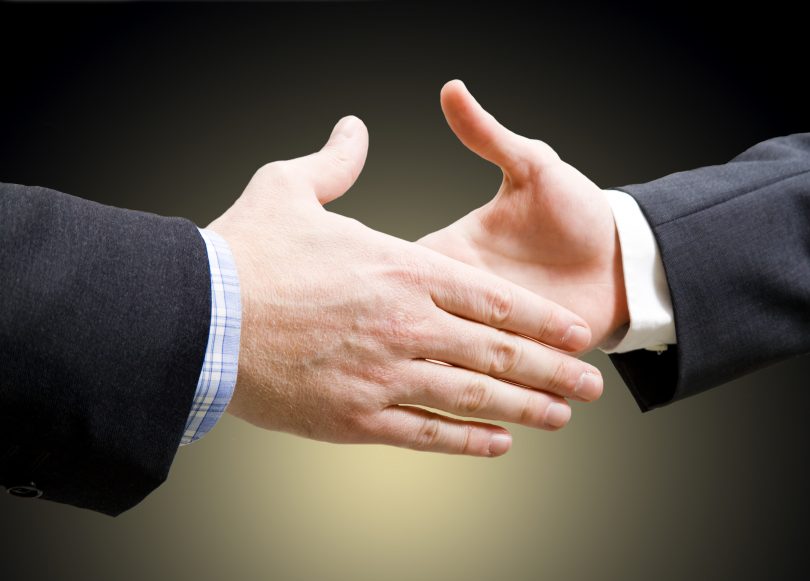 Robert Lee argues that the outlook for Brexit has become distinctly more optimistic from a UK point of view, just as the general economic performance of the UK appears strong.

This article argues that the prospects of a successful outcome to the final EU/UK negotiations have markedly increased following the agreement on a transitional period reached last week. In order to make this case the transitional arrangement itself needs to be examined, as it holds significant clues as to the final outcome, and this analysis forms the first part of this article.  The second part puts forward a number of factors which further justify an optimistic outlook.

The UK government decided early last year that a transition period was required, in order to: give more time for the future EU/UK economic and security relationship to be agreed, provide more certainty for businesses and citizens in the meantime and avoid a “cliff-edge” situation, and enable both parties to prepare for and begin implementing the new relationship.

The transition has been agreed as starting from March 29th 2019 (the day the UK legally leaves the EU) and ending December 31st 2020 – a 21-month period. During this time the status quo largely prevails, as the UK:

There are some important changes to the relationship as well, as the UK will:

The transitional agreement also confirmed and put into legal text the December agreements on citizen’s rights and the financial settlement. The Irish border question was not resolved, but very significantly this did not prevent agreement being reached on a transition period (this is discussed further later in the article).

This agreement has been broadly welcomed, especially by business, but has also been portrayed as the UK having largely conceded to EU demands. It has been vociferously condemned by some arch-Brexiteers and those representing the UK fishing industry. Writing as a staunch supporter of Brexit myself I am very disappointed that the UK will not be taking back control of its fishing waters next year. The fishing industry was very badly affected by the decision to join the EU and has struggled ever since. It is a great pity they are not to be among the first to benefit from leaving. It is also disappointing that the UK cannot start imposing its own immigration policy until 2021.

However, the view that the UK has just rolled over to the EU is misleading. It should be recalled that it was the UK that requested the transition period in the first place, heavily influenced by requests from business and industry. There are significant benefits to the UK (and the EU it must be said) from a longer preparation period than provided for by Article 50. It is essential though and welcome that it is strictly time-limited, as in the real world the longer time people are given to prepare the longer they tend to take! The EU’s concession that we can start negotiating our own trade deals immediately is a very important one, as is the EU’s more helpful attitude towards the UK rolling over the EU’s FTA’s. Threats that Gibraltar would not be included in the transition agreement also came to nothing.

Probably the most important concession the EU has made is one that has been very little commented on. The UK has consistently argued that the problem of avoiding a hard border between Northern Ireland and the Republic of Ireland cannot be finally resolved until the details of the future EU/UK trading arrangements are agreed. This is a matter of common sense, but until now has been resisted by the EU and by the Republic. They have now effectively agreed that the solution must be arrived at by the joint efforts of the UK, N. Ireland and the Republic, rather than their previous insistence that the UK must provide a solution before trade talks can begin. This is a big step forward, and a big “win” for the UK. As discussed in previous updates, there is no reason for a hard border between the two Irelands as long as there is goodwill and cooperation between all sides (for those interested, see the article “How to fix the Irish Border problem” at https://capx.co/how-to-fix-the –irish-border-problem/ for a detailed template for how this can be done).

What some see as the UK’s overly conciliatory negotiating approach also needs to be seen in the context of reconciling the divides in the UK between Remain and Leave. A hard-line Brexit negotiating position was never going to reconcile the country’s divisions, nor would it achieve consensus in Cabinet. Furthermore, I think the UK’s strategy is to play a long game. Brexit secretary David Davis has intimated that they see little value in using up political capital and negotiating time in securing only short term gains. The real prize is getting the right deal, and prepared in the right way, for the true post-Brexit period after December 2021. This is the context in which the disappointments on fishing and immigration policy will be judged. Which brings me to the second part of this article……..

What are the Prospects for a Successful Outcome to the EU/UK Negotiations?

I have always been confident that there would be a good outcome to these talks – what one of my Remain friends (I do have some!) called my “painful optimism”! Well, I am happy to tell you that, as a result of recent events, I am even more confident. Here’s why:

There will be many moments of drama yet to come. The talks will probably go to the wire. Difficulties will probably emerge that nobody has thought of yet. However, for the above reasons I am confident that the UK will in the end achieve an FTA with the EU which is at least Canada plus, plus –that is including a substantial agreement on services, including financial services. There will be a security partnership – we have too much to offer the EU for this not to happen. There will be agreements on aviation, intellectual property rights, education links, nuclear fuels, and the like. We will regain control of our border, laws, money – and fishing waters. Recent events make it clear that the UK fishing industry cannot be ignored – too many  Conservative MP’s, including probably all Scottish Tories, would vote against a deal which tried to do so. Mrs May has now pledged that the UK fishing industry will be re-built. The news that the UK has recently taken delivery of the first of five £116m gunboats for the Royal Navy Fishery Protection Squadron is an indication of real intent.

So, it’s going to be a bumpy ride folks, but I think the “no-deal” scenario is now very unlikely!

There has been some important encouraging economic news recently – despite Brexit! – which I can’t fail to mention. Firstly, the UK government moved into a current budget surplus in 2017. This means that all current spending is financed by tax revenue, so that the borrowing that is taking place is purely financing government investment spending. All economists agree that this is a much more sustainable fiscal position than borrowing to pay for current spending which, unlike investment spending, gives no future return to help finance interest payments. Secondly, 2017 also saw a very sharp fall in the UK’s trade deficit (that is excess of imports over exports). The trade deficit declined from £40.7bn to £28.3bn – a fall of 30%. Current surveys show that a further significant fall is likely in 2018.

Thirdly, the inflation rate has started falling from a peak of 3% to 2.7% last month. The rise in prices caused by the depreciation of Sterling is coming to an end, and further falls in the inflation rate are likely. Furthermore, the rate of increase in wages has risen to 2.8% – the highest figure for a number of years – and labour market strength indicates wage growth may rise further. So, the negative effects of the Brexit-induced devaluation – higher inflation – are ebbing away, but the benefits – a big improvement in trade performance – are set to continue. If there is to be a global downturn in the next year or so, as speculated above, then these developments give the UK a degree of resilience that was not there before.

I am of that older generation that used to have a blue British passport, and will be applying for one as soon as they are available. The government’s decision to prioritise this change was much mocked by some anti-Brexiteers, and the recent announcement that these passports are to be made by a Franco-Dutch company was cue for much giggling from the same quarter. This amusement pictures the disgruntlement caused to Brexiteers by this decision, who they believe to be inward looking and “nativist”. A few Brexiteers have indeed harrumphed in this way. However this passport issue illustrates in small but highly symbolic ways exactly why Brexit will be a success. Firstly, the new passport reminds us that the return of sovereignty is central to Brexit, with all the benefits that will bring. Secondly it demonstrates that Brexit Britain is serious in its intention to be an outward looking nation, providing a much needed global lead towards free trade and away from protectionism. So the laugh is actually on those doing the mocking!