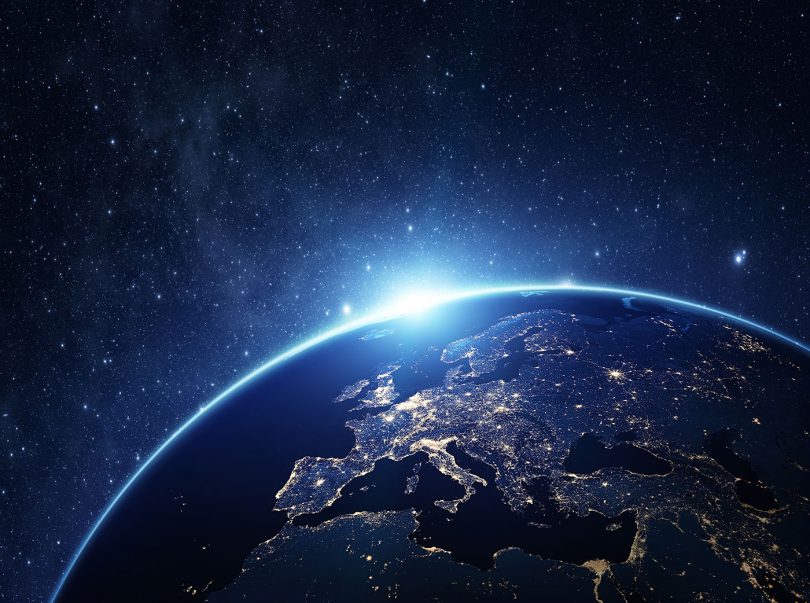 Subscribers may enjoy this review of a new book by Ivan Krastev called ‘After Europe’. The review concluded: ‘Krastev simply hopes that the EU will survive the next few years and that simply carrying on will, to some extent, boost the EU’s legitimacy. Given all the serious problems that Krastev has so well discussed within this book I am not sure that just limping on and hoping the centre holds together will do anything other than further erode the legitimacy of the EU.

‘Had I been cryogenically frozen in January 2005 I would have gone to my provisional rest as a happy European…Madrid, Warsaw, Athens, Lisbon, and Dublin felt as if they were bathed in sunlight from windows newly opened in ancient dark places… Cryogenically reanimated in January 2017, I would have immediately died from shock. For now there is crisis and disintegration wherever I look…’   Timothy Garton Ash, quoted in Ivan Krastev, After Europe,  p61 – 62

In 2002 Ian Manners argued that the European Union (EU) was a ‘normative power’, a facilitator helping other states to govern through the rule of law and democracy with  ‘a commitment to placing universal norms and principles at the centre of its relations with its member states and the world’[i]. The normative power discussion came at a time when the EU was riding high. The previous decade had seen an internal transformation of a number of states, including former Warsaw pact and ex-Yugoslav states, into meeting EU criteria for membership (the so-called ‘big bang’ expansion in 2004). In 1999 the EU supported the NATO bombing of Serbia in support of Kosovo’s independence, widely seen as a model of ‘humanitarian intervention’. Robert Cooper confidently asserted that the EU was a ‘post-modern’ power in which questions of nationality and sovereignty were mere historical memories in a system designed to allow interference right down to member states’ ‘beer and sausages’ and contrasted the hard military power of America unfavourably. Mark Leonard confidently asserted in 2005 that the EU would run the 21st century.

And so to 2018. A manuscript entitled ‘Why Europe will run the 21st Century’ wouldn’t get past the publisher’s shredder. Rule the 21st Century? It’s odds on if the EU will stagger on until the end of the decade. The financial crash; Greece under what Varoufakis has called ‘debt serfdom’ until 2060 and the imposition of international rule via the EU Troika and the IMF which reserve the right to sell of Greek property as and when (and already have); the EU’s soft coup against Berlusconi; Ireland, Spain, Portugal and Cyprus’ debt crises; the Syrian refugee crisis; Brexit; Le Pen’s near shot at the French Presidency; crushing levels of youth employment in Italy, Spain and many new member states; Poland and Hungary under special measures regarding domestic laws they have introduced. And it’s not over by a long chalk, the up-coming Italian elections are ones to keep an eye on.

So where did it all go wrong? Ivan Krastev’s short but excellent new book takes a hard look at the current state of the EU and considers what has happened to the liberal cosmopolitan project that seems so unstoppable a short time ago. Krastev paints a picture of two EUs; the first, the liberal post national Cosmopolitan project of the political elites; and the second, that of the European peoples worried by the loss of identity and control, and for Eastern member states serious depopulation. For Krastev, it is the migration crisis above all that has caused these two parallel EUs to crash into each other

Krastev explains that the European Union (or certainly post Maastricht when the European Community becomes the European Union) is rooted in the idea of the ‘end of history’. What Fukuyama meant in his famous essay and book was not that events, conflicts would stop but that there would be no more political contestation and ideology. It was this kind of pure intellectual concept, imagining a free flow of ideas and inspiration, a post-ideological and post-political world, that the EU understood itself to be.

This is not just the narrative the EU constructed for itself but also a key part of post-Maastricht policy development. Post-Maastricht the EU has removed more and more policy areas out of the realm of domestic political contestation. For example, aspects of domestic financial and economic policy have become governed through legal and technical processes and decided on inter-governmental agreements rather than by the national electorates. An obvious example, much discussed in the context of Brexit, are the restrictions on the state role in the economy for example or agreements of budget deficits.

This post-political process has also been evident in foreign policy even in the early days of the Yugoslav crisis when the profound implications of a  break up of federal state entailing radical changes in citizenship and politics and the economy were dismissed by the then European Community as being resolvable with some guarantees for minority rights. It was also apparent more recently in the 2014 Ukraine crisis kicked started when three EU foreign ministers demanded that the elected head of state should leave seemingly with no regard for the actual consequences within the country.

The migration crisis in the EU Krastev argues has pulled national politics, or perhaps to be more precise the national electorates, back into the picture as the borderless idyll is forced to confront the impact of migration. The migration crisis has provoked a panic in Europe Krastev argues about identity, welfare, rights, one that the EU’s elites cannot or will not  deal with.

Yet these are real political questions that must be engaged with, it is an existing state with real people in it who need to pay the tax that the state uses to build real things such as hospitals and schools and universities, all the infrastructure that gives a material content to rights and duties.

Moreover, questions around identity and values do need to be discussed freely.  It is certainly reasonable to ask if significant migration of other religious groups will impact on post-liberal or Conservative values in Europe but this is something that is ruled out of acceptable EU discussion, leaving the terrain to populist right groups. So in some Western European states we have the interesting phenomena of gay voters, for example, supporting anti-immigration populist parties out of fear that Muslim immigration will affect taken for granted European freedoms around same sex relations. Equally in some of the more conservative and religious member states such as Hungary and Poland there are entirely legitimate national arguments to be had about those post-liberal values of gay marriage for example.

Krastev also points out that some new member states, such as Bulgaria, are facing a potential collapse of the nation as so many young people leave to work and live abroad (this is also true of Croatia). These aren’t confident thriving societies that feel happy to welcome and absorb people of different ethnic and religious groups but societies that feel themselves to be on the road to becoming, like the Khazars, a mere historical memory in Europe.

One point I would make to Krastev however is that he takes the EU’s own flattering narrative of itself too much at face value. The focus on the migration did not, I would argue, bring about the clash of the two EUs as such and one needs to consider the EU’s policies post-Maastricht in more detail, as this changes the picture somewhat.  For example, whilst the EU may have preached a cosmopolitan borderless doctrine, it always had very hard edges. Fortress Europe is not a new thing. Moreover, the European Neighbour Policy (ENP) was created as an explicit alternative to membership. Turkish membership for example was concretely opposed by a number of states so Turkey was parked in the ENP.

More to the point, we do not have to look at immigration to understand the problems within the EU.  Post Maastricht the EU has steadily removed national electorates from political decision making. Each time states that had a constitutional obligation to vote on any major constitutional changes voted on post Maastricht further integration treaties, they said no. Denmark (Maastricht Treaty), Ireland (Nice and Lisbon Treaty), Holland (Constitutional Treaty), France (Constitutional Treaty) all voted against various treaties. Greece of course voted in 2015 voted to reject the bail out terms set by the EU. Denmark and Ireland were told to vote again and vote right this time. In the case of the Constitutional Treaty, which was rejected by France and Holland in 2005, the treaty was repackaged as the Lisbon Treaty. This too was then rejected by Ireland who had to vote again for the second time. So, as the phrase goes, it’s not like the EU can say it wasn’t told.  The EU told itself that it was a post-political idyll but when the electorates were asked, they informed the EU that they disagreed.

This leads also to the (justified) feeling within the EU, as Krastev discusses, that people have little political control anymore. In 2012 a Future of Europe survey revealed that only 18% and 15% of Italians and Greeks respectively believe that their votes count even in their own country.  And after the EU deposed Berlusconi and replaced him Mario Monti and the Greek people were told in no uncertain terms that whilst they could vote on a government they could no longer vote on their economy, it would be sur prising if any Italians or Greeks believed that their votes counted. As Krastev perfectly sums up, following the Greek crisis:

It was the most powerful restatement that the governing formula of the EU-namely, policies without politics in Brussels and politics without policies on the national level- had been enforced by the crisis.

The EU having fully embraced the TINA doctrine has, like so many so-called progressives, abandoned the workers and adopted the perspective of transnational capital and as a replacement focused on identity (within carefully controlled parameters around gender and race rather than religion and ethnicity) and ‘soft’ issues. But it doesn’t work, for most people the important issues aren’t gender-neutral loos but jobs and prospects and building something for their children or families (however those families might be constituted). Again to quote Krastev, we have ended up ‘…with democracy without choice, sovereignty without meaning, and globalization without legitimacy’ p70.

So what’s the answer for Krastev? Krastev simply hopes that the EU will survive the next few years and that simply carrying on will, to some extent, boost the EU’s legitimacy.  Given all the serious problems that Krastev has so well discussed within this book I am not sure that just limping on and hoping the centre holds together will do anything other than further erode the legitimacy of the EU. No one seems to have the answers about where we go from here but one thing is for sure, national electorates do need to begin to have are proper political contestations about what they want and what they want to be. This might be for some electorates the EU, but politics needs to come back to European public life.

This review first appeared in Spiked-Online. Permission to republish granted by spiked