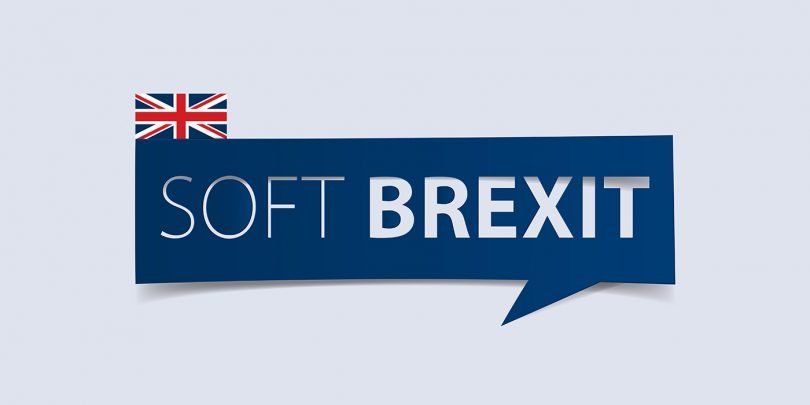 International law is founded on the principles of sovereign equality and reciprocity. The UK-EU relationship after Brexit should be based on these principles. But a so-called Soft Brexit would be proof that the EU can do anything and expect no resistance. It would almost inevitably mean that the ECJ would be the future arbiter of what a UK-EU agreement means. If the EU were to maintain such special jurisdiction over the UK, it would be a legal monstrosity, without parallel in modern international relations.

The basic rules for negotiating Brexit ought not to have been that difficult. The parties should have asked themselves what relationship the parties would have hoped to have if the UK had never joined the EU, and how to wrap up business created by the UK having been a member.

The EU has done its best to muddy the waters by trying to reinvent the supremacy of the European legal order in the UK in its proposals. This can be seen in the EU’s current determination that there should be an association agreement of the sort that aspiring EU members have. The idea of the UK being outside the European legal order is something that the EU side has found difficult to process – it cannot even offer an off-the-shelf Free Trade Agreement without adding bespoke supervision provisions to drag the UK back within its power.[i] Theresa May has done her best too, by talking of red lines, which Messrs Starmer, Clarke, Grieve and other staunch Remainers could portray as some sort of Tory imposition on the whole process. Leaving party politics aside, the fundamental reality is that any agreements regulating relations between the UK and the EU post-Brexit will be international agreements. As such the most fundamental guiding principles should be the corner stones of international law itself: (1) the sovereign equality of states,[ii] and (2) reciprocity.[iii]

It is these principles that prevent international relations being conducted on the basis of raw power. It cannot be pretended that these principles are universally adhered to – nuclear non-proliferation being an obvious example[iv] – but they do guide the overwhelming majority of international relations. The importance of reciprocity is shown by the controversy over the UK-US Extradition Treaty, and whether it made extradition from the UK easier. The Scott Baker Extradition Review concluded that that it did not, but it was plain that such a lack of reciprocity would have been a serious defect in the treaty.[v] Sovereign equality and reciprocity are the principles that prevent the international order deteriorating into lawless intimidation by the strongest.

Theresa May’s supposedly ‘reckless red lines’, as Sir Kier Starmer likes to call them, are simply what logically flows from a UK-EU arrangement based on sovereign equality and reciprocity. How can one side legislate for the other without a breach of sovereign equality? How can the UK be justly expected to pay for access to the EU market and not vice versa? How can the EU’s courts rule on the UK’s compliance with the Article 50 treaty, but the EU be sole judge of its own compliance? Indeed, in the transitional arrangements, the EU insisted that it should not only make rules for the UK without any consent, but specifically provided that any consultation would be ‘exceptional’ and ‘upon invitation’. As one far from pro-Brexit academic put it, there was no legal need for such wording.[vi]

A succinct example of this inequality has been provided by Mr Michel Barnier himself, when setting out his view of the key negotiating principles:[vii]

It was a breath-taking rhetorical tour de force by Mr Barnier. Seemingly, negotiations conducted on this basis would respect the sovereign equality of both sides, and place their future relationship on a proper international law footing.

But it was pure sleight of hand to present the EU as seeking equality and sovereignty with the UK. Barnier portrayed the EU as the victim of demands on its integrity, when at the root of the Chequers proposals was the UK’s response to the EU’s demands to continue setting and policing a vast array of UK policies, especially in Northern Ireland. There is also no comparison with EU demands to legislate for the UK, and the UK suggestion to collect tariffs on behalf the EU.

Brexit means nothing more and nothing less than moving UK-EU relations from the field of the EU’s supranational constitutional order to the field of international law. The EU’s approach is that there should be no relationship with a departing state unless that state makes every compromise possible to solve the problems leaving creates for the EU, as the EU judges them. It is a ‘you broke it, you fix it’ approach which treats leaving the EU as an aggressive act, and leaves the EU to make demands unheard of in peaceful international relations.  For example, international agreements are always subject to international tribunals or arbitration, never to the courts of one party as the EU has demanded for the withdrawal agreement. The demands for EU sovereignty over Northern Ireland are so unprecedented that the EU could think of no examples where a foreign state legislated for a territory within another country.[viii]

In order to justify this unprecedented departure from the norms of international relations, Remainers are working hard to present the country with an extreme version of three choices:

The second point goes to the absurdity of a Soft Brexit. A Soft Brexit means accepting that the UK is so dependent on the EU that it cannot obtain the basic international law considerations of sovereign equality and reciprocity. If that is the case, what is to stop the EU rewriting the deal? If we accept that the EU has a policy of using Brexit to demonstrate that leaving the EU makes you worse off, then that is not a policy with a logical expiry date. The EU will have been given powers that it could use to the disadvantage of the UK. The EU has made it crystal clear in areas such as Gibraltar and Northern Ireland that the interests of any individual member state are paramount, and the EU is not interested in the merits of the issue.

The acceptance by the UK of a so-called Soft Brexit will be proof that the EU can do anything and expect no resistance. The UK will have declared itself unworthy of the international law protections of sovereign equality and reciprocity. The position will be worse than that of Greece when forced to accept the EU’s austerity demands rather than default.[ix] A Soft Brexit is a declaration to the EU that any future resistance by the UK will be a bluff.

To make matters worse, it is doubtful if the terms of a Soft Brexit agreement will restrain the EU if it wishes to grab more power or use its power to its own advantage and the UK’s harm. The ECJ has frequently effectively rewritten the EU’s own treaties to favour the process of unification. It is an approach that has even been enshrined in the jurisprudential theory of EU law. It is called the ‘teleological method’. Staying within the EU’s jurisdiction, as must be the case with a Soft Brexit, will almost inevitably mean that the ECJ will be the arbiter of what the agreement means.

More directly relevant, the EU has form for directly rewriting agreements to the disadvantage of a departing member state without even looking for clearance from its own court. A recent article in the German Law Journal has pointed out a stark difference between how Article 50 was understood by academics and constitutional courts prior to June 2016, and how it has been understood after it became useful for the EU to justify their approach to Brexit negotiations.[x] The point made in the article is that those who analysed Article 50 before the referendum – including several constitutional courts – believed that the withdrawal agreement would potentially cover future relationship issues, assuming that avoiding a vacuum was an important part of a negotiated exit. There was no suggestion that Article 50 was loaded against the departing state – other than the inevitable issue of how the EU might turn the two-year deadline to its advantage – until the EU set about re-interpreting the provision.

There is thus a fundamental problem with a Soft Brexit beyond the obvious undemocratic nature of it.

How can the UK be protected against the EU misusing its powers? The UK will have disavowed the protections of sovereign equality and reciprocity that afford countries protections against larger neighbours. The UK will have accepted that the maintenance of EU authority was of paramount importance. The existence of a Soft Brexit will be an acceptance that the EU can demand terms outside the basic norms of international law. As long as the EU-27 have a strategic aim of demonstrating that Brexit has been bad for the UK, and the UK accepts that it must accept the terms the EU offers, then the EU can rewrite those terms. It can, as with Article 50, rewrite the terms and declare it has done no such thing.

The same is true should Remainers get their total victory and reverse the 2016 Referendum. The EU may agree in principle to let the UK return. But what Remain will be obtaining is an agreement for unconditional surrender to the EU – after all, the government of the UK will be in the hands of those who believe that the EU has the power and the right to dictate terms.

[i] http://www.consilium.europa.eu/en/press/press-releases/2017/04/29/euco-brexit-guidelines/, at para 20. It has become clear that the EU will require ‘conformity with EU standards and regulations’, e.g. https://www.chathamhouse.org/expert/comment/three-reasons-eu-will-reject-brexit-war-cabinet-proposal.

[ii] For example, the Declaration on Principles of International Law Friendly Relations and Co-operation Among States in Accordance with the Charter of the United Nations (1970), which stresses the importance of sovereign equality as essential to friendly relations among states, https://www.un.org/ruleoflaw/files/3dda1f104.pdf.

[iii] For example, Article 21(1)(b) of the Vienna Convention on the Law of Treaties.

[viii] The EU was reduced to putting forward the examples of Hong Kong and Macau (highly autonomous territories within a state), and the Isle of Man (a highly autonomous non-metropolitan territory), https://www.theguardian.com/politics/2017/nov/10/uk-given-two-week-deadline-to-make-concessions-on-brexit-divorce-bill.