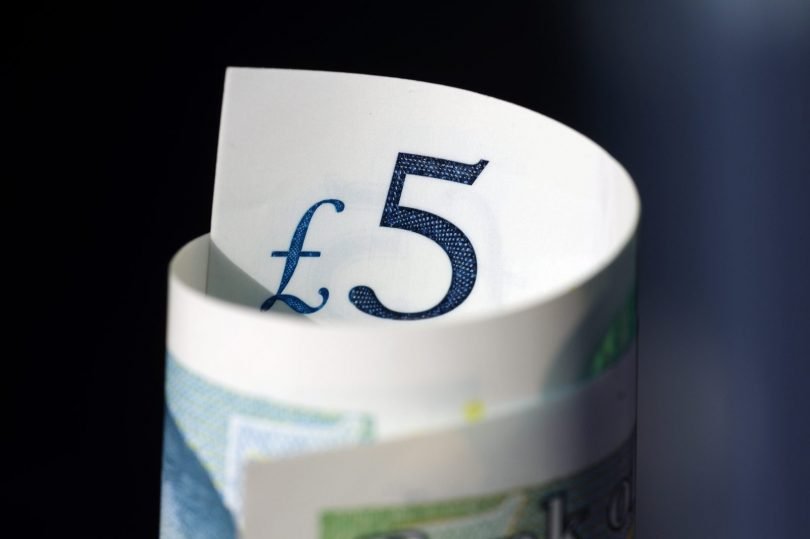 Company chairman and leading Brexit campaigner John Mills argues that we need to move to having a still lower pound – say parity with the dollar –if we are ever going to compete internationally on manufacturing. Then we would have export and investment led growth instead of import and debt led stagnation.

Maybe I am biased. Or maybe I have something to say which is accurate but which most people do not really want to hear. Let me tell you my story and you judge.

I ran a manufacturing business in the UK which went out of business in the 1980s as the exchange rate soared, ruining the successfully export-orientated company which I had by then managed to build up. For the thirty years since then I have been the prime mover in a successor business which has done well by getting goods manufactured in the Far East, at a fraction of the cost it would take to get them made in the UK – if they could be made here at all.

I think that the main reason why these conditions exist is that the UK’s exchange rate has been much too high for the good of the overall economy, but especially for manufacturing,  at least for the last forty years – and actually for much longer, going right back to the nineteenth century when we began to lose our dominant share in world trade. Let me give you some numbers.

Between 1977 and 1981 the UK’s real effective exchange rate – which allows for differential rates of inflation and productivity changes – went up by just over 70%, starting from the none too competitive rate we had for most of the 1970s. By 2007 it had gone up another 15%, to the point where one pound bought 2 US dollars.

In.1950, the UK accounted for 25% of all the world’s exports of manufactured goods.  Now we are responsible for a little less than 2% – a ratio reduction of 92% in our share of world trade in manufactures.

Even as late as 1970, almost a third of our GDP came from manufacturing industry. Nowadays it is less than 10% as we have deindustrialised on a scale unmatched by any other developed country.

Productivity increases are much easier to secure in manufacturing than they are in services, and productivity in the UK – with investment in manufacturing now lower than the cost of depreciation of existing assets – has been just about static since 2008, as real wages have stagnated. Meanwhile world economic growth has averaged 3.5% per annum.

Are all these developments connected with each other? Of course they are.

JML, the company which I founded in the late 1980s, as I reluctantly abandoned manufacturing in the UK, sells household, DIY, kitchen, electrical, home and beauty products. They are usually not that complicated but made to high standards to comply with severe competition on both price and quality grounds. We recently did an exercise to determine why it was that almost all the goods we sell are made in China and not in the UK. We analysed the costs and feasibility of manufacturing 20 typical products here in the UK rather than in the Far East.  Here is what we found.

About half of the products could not be manufactured in the UK at all in any meaningful sense. For example, we sell a lot of beauty products, such as facial shavers, which require small oscillating motors. These are the core manufacturing component – but no-one in the UK produces these types of fractional horse-power motors anymore. So, producing anything like this in the UK at any price, unless all the vital parts are imported, is a non-starter.

The remaining roughly ten products, including one of our star products, ironing board covers of which we have sold more than twenty five million all over the world,  could be produced in the UK but – with £1 = $1.5, which was the exchange rate when the exercise was done – the average UK cost was about 50% higher than the price from China. Of course, £1 = $1.5 is a bit nearer being competitive than when the pound bought 2 dollars but still nothing like low enough to make much UK production a feasible option.

Why is it the exchange rate which makes it so much cheaper to get products manufactured in China than in the UK? Lower wage costs are a bit of the story but only a small part. Direct labour in most manufacturing operations seldom accounts for more than about 15% of total costs and often less. The real reason why China is so much more competitive is that not only their direct labour costs but the whole of their cost base is charged out to the rest of the world at so much lower a rate than ours.

The cost base is made up of all the charges involved in production which are paid for in the domestic currency – sterling of course in our case. Office for National Statistics show that for manufacturing these costs – covering both wages and salaries, all overhead costs, profit, interest and taxation – make up on average about 70% of total costs. The remaining 30% pays for machinery, raw materials and components for which there are essentially world prices, so their cost in world currency terms does not change with the exchange rate.

Now look what happens if the exchange rate goes up by, say, 50%, which is a good deal less than actually happened in the UK around 1980. In world competitiveness terms, 30% of costs – for machinery, raw materials and components – stay the same while the other 70% of costs go up by 50%, raising the total expenses which have to be charged out to export markets by 50% times 70%, which comes to 35%. No wonder it became so much cheaper to get most goods produced in China!  With world markets for manufactures as highly competitive as generally they are, is it any surprise that we have massively lost share of world trade, leaving our economy driven by debt and consumption instead of exports and investment?

Let me give you one other admittedly extreme but nevertheless authentic example of what the difference is between a cost base charged out at a high rate and a low one.  Not so long ago, I had to get a taxi from the centre of Guangzhou, a large city in southern China, to its local airport. The cost in Chinese money was £10. When I got back to Heathrow, I had to get a taxi to central London – about the same distance as the taxi ride in Guangzhou. The cost was £70. Multiply this sort of differential across the whole economy, driven very largely by how competitive the exchange rate is, and you can see why so much manufacturing goes on in China rather than in the West.

So, we have a choice.  We can keep the pound strong, which is what the City, importers, consumers including those who want cheap holidays abroad, and most of the service sector, much of it based in London, would be happy to see. This will leave us with stagnant productivity and static or falling real wages. Or we can recognise that an exchange rate of, say $1.50, which may work for services where we have natural advantages in our geography, language, legal system, our universities and our labour force skills, is much too high for manufacturing, which has none of these benefits.

Helpfully, the banking crisis reduced the previously inflated exchange of £1.00 = $2.00 and the Brexit referendum and the corona virus crisis have resulted in further reductions.  The pound is still too strong, however, to make it worth siting much new light manufacturing activity in the UK rather than in China or Germany. This is why we need to move to having a still lower pound – say parity with the dollar – which is what industry and the regions need if we are ever going to compete internationally on manufacturing. Then we would have export and investment led growth instead of import and debt led stagnation.  Especially as we chart the very difficult path which will be facing us when we begin to recover from the coronavirus, which future are we going to choose?

John Mills is chairman of JML