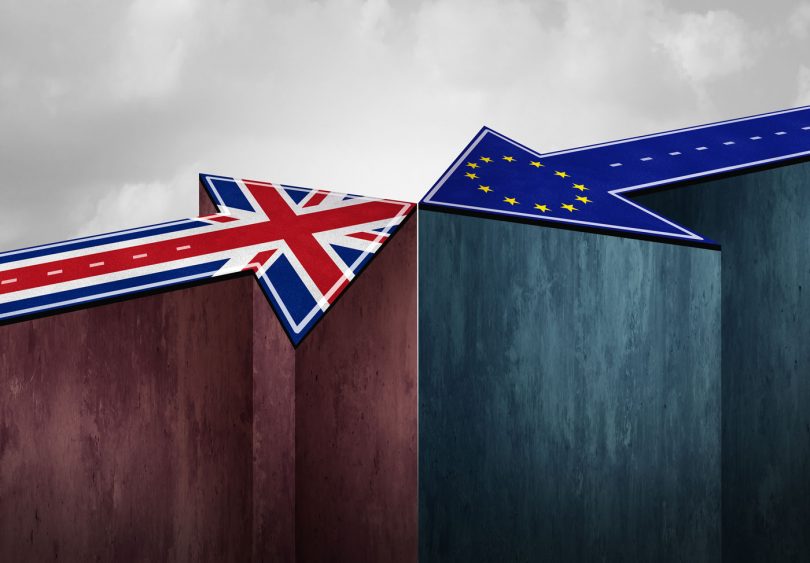 A No Deal will not mark the end of negotiations with the EU, but will kick-start them. What is called a “no deal” Brexit, if it happens, will be the trigger for “a deal” or “many deals” to be done on a new and fairer basis.

With the new Boris Johnson government in place and the ticking of the clock gradually becoming louder, speculation about what will happen as Brexit day approaches, and in its wake, is reaching fever pitch. Reminiscent of the drama-filled runup to March 29, there is all manner of speculation about the parliamentary maneuvers that those opposing a so-called “no deal” Brexit might use to prevent that from happening. Meanwhile, warning cries of how disastrous it would be for the UK to “crash out” of the EU on October 31 without “a deal” abound. But the whole framing of this issue is spurious and flawed: a “no deal” Brexit is unlikely to be the eschatological event it is cracked up to be.

The significance of October 31 being reached without the UK and the EU agreeing to a withdrawal agreement or to an extension of the Article 50 deadline is that the context in which the UK and the EU negotiate the withdrawal of the UK from the EU, and the nature of their future relationship, will change substantially. In game theory terms, a fork in the decision tree will have been reached and one path chosen. The game goes on – it doesn’t stop.

The main effect of a “no deal” Brexit will be to change the vantage points from which the UK and the EU negotiate, and the nature of their respective incentives to do so. Negotiations about the UK’s withdrawal and the UK and EU’s future relationship will not stop. Quite the reverse: negotiations which have stopped will be kickstarted.

Up until October 31, the UK and the EU are at liberty to negotiate a withdrawal agreement; these negotiations have stalled because the EU refuses to negotiate (in EU parlance, it refuses to “reopen the withdrawal agreement”, even though all that would require is tapping the few keystrokes necessary to open up a Word file). After October 31, the UK and the EU will still be able to negotiate and they will have acute and different incentives to do so.

The EU’s incentives will change because they will no longer be conditioned by the possibility that playing hard-ball by refusing to renegotiate the withdrawal agreement agreed in November 2018 might result either in the UK (Government and Parliament) accepting it as is or in the UK ending up staying in the EU. Regarding the former, the UK will have demonstrated that “no means no” when it comes to accepting the current draft of the withdrawal agreement; regarding the latter, the Brexit die will have been cast.

Importantly, the EU’s insistence on the Irish backstop will be moot, because the circumstances that the backstop is supposed to prevent will prevail. Nor will the EU have anywhere near as strong an incentive to hold agreement on the future relationship hostage to signing on to the withdrawal agreement as it has to date.

The change in the UK’s incentives relate mainly to the fact that October 31 coming and going without an inked withdrawal agreement or an Article 50 extension will completely take the wind out of the Remainers’ sails. Diehard opponents of Brexit likely will immediately switch tack to arguing that constitutionally the no-deal Brexit is invalid and therefore should be voided or to launching a Rejoin campaign. But, with Brexit now being a fait accompli, when the dust settles, the overwhelming focus of UK political and social energy will be on making a fist of Brexit: on dealing with the immediate fallout and on crafting the UK’s future relationship not just with the EU but with the rest of the world.

No one can predict with a high degree of confidence how disruptive and costly in economic terms a “no deal” Brexit will be in the short run (the long-term effects hinge on what impact the UK not being in the EU any more will have on its potential real growth rate after all necessary adjustments have taken place; depending on the assumptions made, including crucially about the nature of the UK and EU’s future relationship, and the analyst’s point of view, the answer could be somewhat negative, somewhat positive or roughly neutral). That will depend, more than anything, on how the EU decides to approach matters.

The EU may continue to play hardball, so to speak, with a view to imposing as much pain on the UK as possible in order to deter any other Member State from emulating the UK. If so, the short-term impacts could be substantial. For the EU, this would be a “cutting off one’s nose to spite one’s face” strategy, and is unlikely to be sustained, particularly with a new European Commission in place (the shift from the Juncker Commission to the von der Leyen Commission, coinciding with Brexit day, provides an opportunity for the European Union to change tack, and it should be in the interests of the new Commission to do so).

It is generally the case that the better anticipated a potentially disruptive event is, the less disruptive it turns out to be. Y2K (the ‘millenium bug’) is a case in point. The Global Financial Crisis that erupted in September 2008 was as bad as it was because most people did not expect Lehman Brothers to have to file for Chapter 11 bankruptcy and few, if any, had factored in all of the consequences of that happening. If nothing else, Brexit is an extremely well-telegraphed event, and both the EU and the UK profess to have made, and to be continuing to make, preparations for a “no deal” outcome.

Turning the dire predictions on their head, the more disruptive to economic activity a “no deal” Brexit turns out to be in its immediate wake, the more acute incentives on both sides will be to address the issue in question, even if perhaps initially only on a stop-gap basis. Nothing focuses the mind like real, as opposed to hypothetical, economic losses. Because the starting point is one of the UK being in the EU, ready-made solutions to any day-one disruptions will be at hand in the form of mutually agreeing to default to preexisting arrangements until issues have been sorted out: think of waving the lorries through the port of Calais with minimal checks to avoid congestion, letting the planes land at their regular slots, or just leaving the Irish border as it is.

The better way to think about October 31 being reached without withdrawal arrangements or an Article 50 extension having been agreed is that the negotiations between the UK and the EU about Brexit will end their gridlocked state and be kickstarted into a new phase, in which unproductive posturing and gaming on both sides gives way to forward-looking, mutual-benefit-seeking solutions.

Here it is worth noting that the process of the UK and the EU27 seeking and obtaining agreement to the withdrawal arrangements does not stop with the UK leaving the EU. Article 50 states that “the Union shall negotiate and conclude an agreement with [the withdrawing] State, setting out the arrangements for its withdrawal”; it says “shall” not “may” or “will seek to”. Article 50 stipulates that the “Treaties shall cease to apply to the State in question from the date of entry into force of the withdrawal agreement or, failing that, two years after [Article 50] notification”. Just because the UK is out of the EU in the sense of the Treaties no longer applying does not preclude them agreeing on withdrawal arrangements. Indeed, the imperative to do so will be pressing. The existing, still-born, withdrawal agreement provides plenty of material to work with in that regard, as does the political declaration.

Those who are hell-bent on thwarting a “no deal” Brexit, ironically, raise the chances of such an outcome occurring: the more they plot, the less likely the EU is to return to the negotiating table and give the Johnson government enough wiggle room to get a modified withdrawal agreement through parliament.

Those who predict dire consequences from a “no deal” Brexit fall prey to the fallacy of extrapolation. A “no deal” Brexit is a misnomer. What is called a “no deal” Brexit, if it happens, is more likely to be the trigger for “a deal” or “many deals” to be done. Some of these may happen so matter-of-factly, and be so arcane, that they hardly register with the public. How ironic it would be if November 1 is ushered in, not with a bang, but with a whimper. That could well happen.

Paul Sheard is an economist, and a Senior Fellow at the Harvard
Kennedy School’s Mossavar-Rahmani Center for Business and Government. He was formerly Vice Chairman of S&P Global, and has held other senior
positions in Tokyo and New York.