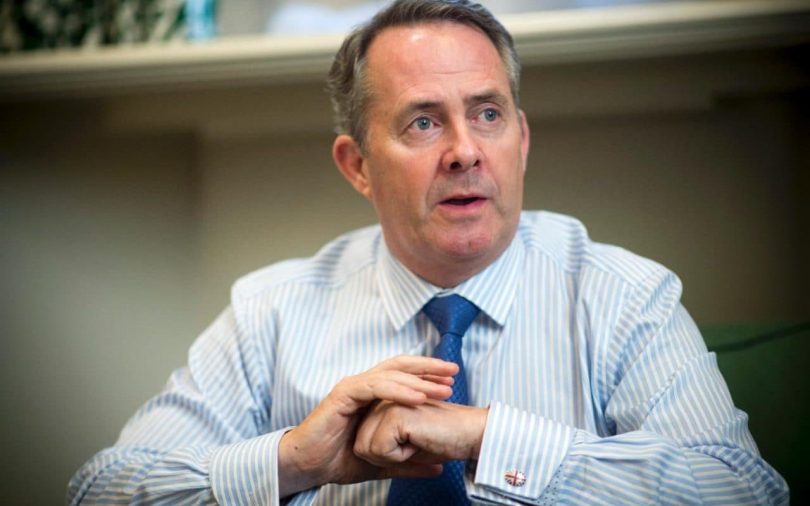 Dr Liam Fox, Secretary of State for International Trade, has addressed the following letter to his constituents, and it was passed on to Briefings for Brexit. Our response follows his letter

The Facts about GATT Article XXIV

Given recent commentary, I am not surprised that my constituents are writing to me about trading arrangements in a ‘no deal’ Brexit scenario. This is an excerpt from a letter I sent to a concerned resident today:

“Some commentators have suggested that, in a ‘no deal’ scenario, the UK could maintain its existing trading relationship with the European Union for up to ten years by claiming exemption from the WTO’s rules, under Article XXIV:5 of the General Agreement on Tariffs and Trade (GATT).”

This is not the case. GATT Article XXIV permits the establishment of free trade agreements and customs unions as an exception to the ‘most favoured nation’ principle at the WTO – namely, that WTO Members cannot give preferential treatment to products and services originating from one trading partner over others.

However, in order to benefit from the terms of Article XXIV, there must be an agreement between two WTO Members as to the elimination of duties and other restrictive regulations on substantially all trade. Therefore, Article XXIV would not, by itself, allow the UK to maintain tariff-free trade with the EU in the absence of a negotiated agreement.

Article XXIV also allows WTO members to rely on special provisions for interim agreements that lead to a definitive free trade area or customs union. This allows the parties to phase in the elimination of tariff and non-tariff barriers.

It has been claimed that in place of the implementation period we could immediately establish an interim agreement under this provision. However, in this scenario, the UK would still require the consent of the EU to the terms of that agreement, with an agreed plan and schedule for implementation.

A ‘no deal’ scenario, by definition, suggests that there would be no mutual agreement between the UK and the EU on any temporary or permanent arrangement. In those circumstances Article XXIV cannot be used.

The European Union has made it clear on a number of occasions that full tariffs will be applied to the United Kingdom in the event of ‘no-deal’.

The Director-General of the WTO, Roberto Azevedo, has also confirmed there must be a bilateral agreement between the EU and the UK in order to claim an implementation period under GATT Article XXIV. “Once they have an agreement I think Article XXIV could give them some time for implementation of that agreement,” he told Bloomberg. “But the first question is the agreement itself.”

The Governor of the Bank of England has stated that GATT Article XXIV only applies if there is an agreement between the UK and the EU. As he said in an interview with the BBC on 21st June: “we should be clear that not having an agreement with the EU means that there are tariffs automatically, because the Europeans have to apply the same rules to us as they apply to everyone else”.

We should also be clear that any simple Article XXIV based agreement just covering tariffs and quantitative restrictions would not address those more complex behind the border regulatory issues affecting trade.

My own view on Brexit is a matter of public record. I believe it is imperative that we honour the result of the referendum and leave the European Union. I would prefer the UK to leave the EU with a deal, so that we can continue to trade with EU countries on terms which are good for British businesses, and at the same time, allow the UK to negotiate our own international trade agreements.

However, I have been clear that no deal is preferable to no Brexit. If Parliament chooses to prevent the UK from leaving the EU, it would be a gross betrayal of the millions of voters who gave us an instruction in 2016.

It is important that public debate on this topic is conducted on the basis of fact rather than supposition, so that we are able to make decisions in the best interests of our country”.

If Dr Fox (or the civil servant who drafted this textbook example of officialese) really intended to enlighten the people of North Somerset as to the meaning of the now famous Article XXIV of the General Agreement on Tariffs and Trade [GATT], we fear that they may not have succeeded.

The letter is difficult to follow, ambiguous, and even self-contradictory.  If we had suspicious minds, we might think that the intention was to spread obfuscation.  Perish the thought!

The key point in the letter is that for Article XXIV to apply, both sides must agree.  Yes indeed.  This is in the nature of an ‘agreement’.  Furthermore, they must agree that their intention is to proceed to a Free Trade Agreement within a period of time (up to 10 years).

This formal agreement – what Dr Fox terms ‘an agreed plan and schedule’ — can be very short indeed.  Dr Lorand Bartels, a legal expert at Cambridge (and, we hope he will not mind our saying so, a supporter of Remain), has drafted a suitable one-page agreement which is available on his website, and also in the excellent on-line explanation given by the House of Commons library.

An agreement to invoke Article XXIV, therefore, does not need to be detailed: the details come in the course of the negotation that follows.  There is no need for a Withdrawal Agreement or an Implementation Period such as those negotiated by Mrs May: Article XXIV provides its own ‘implementation period’ — the interim negotiating period during which tariff-free trade can continue.

Dr Fox’s letter suggests further difficulties: ‘those more complex behind the border regulatory issues affecting trade’.  But at the moment there are no ‘regulatory issues’, as we are fully aligned as a member state with EU regulations.  Again, if ‘issues’ arise subsequently, they will be matters for future negotiation.

However, Dr Fox makes a significant comment: “A ‘no deal’ scenario, by definition, suggests that there would be no mutual agreement between the UK and the EU on any temporary or permanent arrangement.”  Surely in the minds of most people, and most commentators, a ‘no deal’scenario means one in which there is no Withdrawal Agreement, of which the only existing example is Mrs May’s monster.  Dr Fox is is quietly accepting, by implication, that an agreement under Article XXIV would be a ‘Deal’ such as he says he prefers.  If the future Prime Minister proposes to invoke Article XXIV, he is, Dr Fox tacitly accepts, proposing to leave the EU with a ‘Deal’, not a ‘No Deal’.

The facts are simple.  Several BfB contributors, led by Sir Richard Aikens, published a letter in the Daily Telegraph (24 June 2019) in which they challenged “Mr Carney, Mr Fox, Mr Marr, the BBC and any other commentators to refute any of the above statements”, which are broadly speaking those we have summarized again here.  With great respect to Dr Fox, we do not consider that his letter to his constituents has refuted a single one of our arguments – rather the contrary.  None of the others have taken up our challenge.

Those wishing further detail on this point may be interested in publications on the Briefings for Brexit website: