Home » News » A Freudian Slip on the Irish Border? 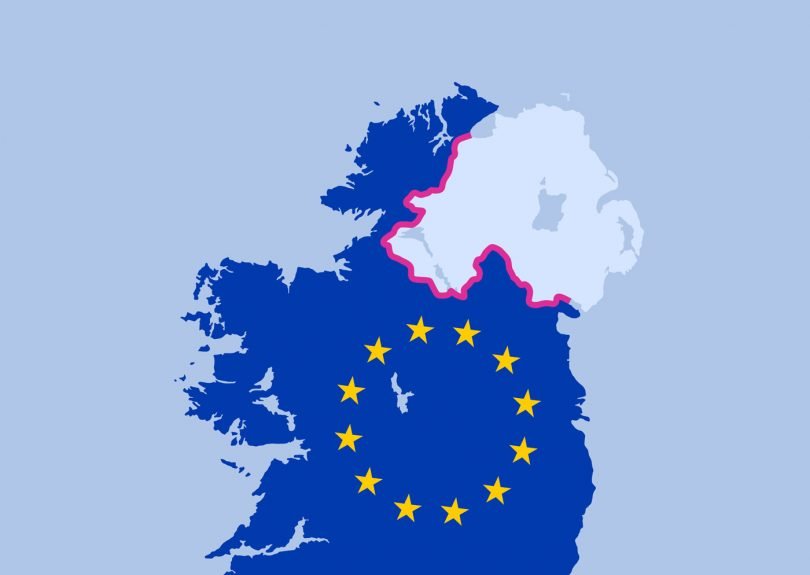 Written by Briefings For Brexit

A short item of news from Reuters on 16 November, repeated by many papers, startlingly suggests that the Irish Government accept that a hard border between Northern and Southern Ireland can be avoided in the case of a no-deal Brexit. It will be difficult, but the Irish Foreign Minister, Simon Coveney, anticipates discussions with the United Kingdom to that end. This indicates, as BfB has repeatedly argued, that the border issue is a pretext.

It is worth repeating this Reuters item in full:

‘What we are not doing is putting contingency plans in place that would result in border infrastructure between the two jurisdictions on this island. Surely we have learned lessons from the past,’ Coveney told reporters at his Fine Gael party’s annual conference.

He said if it looked as though Britain were heading towards a no-deal departure from the European Union then direct discussions on how to avoid a hard border would be required.

Mr Coveney added that those talks would not be easy.

On reading this it is necessary to remind ourselves of what has happened over the last eighteen months of Article 50 negotiations.

The entire Backstop issue centres on the EU’s conclusion that it is impossible for it to permit an open border without extending to Northern Ireland all the measures included in the EU’s Backstop demands. The EU holds that because there must be an open border, and because it is for the United Kingdom to solve the problems, then Northern Ireland must accept the EU’s jurisdiction in perpetuity on a wide range of matters. Furthermore, if the United Kingdom wishes to avoid economic divisions within its borders, then the whole of the United Kingdom must accept EU jurisdiction.

There had been technical discussions between the United Kingdom and Ireland. But Ireland terminated these in the summer of 2017. After this, the EU dismissed the technological suggestions made by the UK, and refused to countenance any discussions as to what might solve the problem.

The EU has for the moment triumphed in its discussions with Theresa May. The Hobson’s Choice offered to the United Kingdom by the EU’s position on the Backstop was the key to forcing the government away from a Free Trade Agreement and back into the Customs Union. If EU sources are to be believed, what the EU achieved through the Backstop will be the baseline for the future trade agreement.

Yet, only two days have passed since the agreement of Theresa May was announced, and Mr Coveney now expresses the view set out above. The key part of the quote from the Irish Foreign Minister is worth repeating:

“[I]f it looked as though Britain were heading towards a no-deal departure from the European Union then direct discussions on how to avoid a hard border would be required.”

Reuters were paraphrasing. It may be that they misunderstood entirely.

However, taken at face value, the Irish Foreign Secretary is saying:

Unless Mr Coveney has been utterly misunderstood, this must be a Freudian slip.

With the EU’s job apparently done, discipline has lapsed. After eighteen months asserting with ever greater certainty that there is no way of avoiding a hard border other than giving the EU jurisdiction over Northern Ireland, the Irish Foreign Minister suggests that this might all be achievable in any case. The UK and Ireland would sit down and discuss alternative solutions.

But if this would be possible when the Irish are staring down the barrel of no-deal, why was it not possible in the summer of 2017? Why was it not possible to hold these discussions this year? How it can it be justifiable to permanently take away Northern Ireland’s say in many of their laws in order to avoid a hard border, if Mr Coveney is saying that an alternative solution might be found in a few months if the things do not go to the present plan?

Doubtless if the May deal is accepted, the Irish Government will recover its swagger and start demanding current access to UK fisheries – maybe repeating the earlier threat to end civil aviation between the two countries.

But, for a brief moment, the Irish put their mind to the possibility of no-deal. In this moment, the Irish Government believe that there are solutions other than Backstop, and that the two governments can find an alternative.

Unfortunately, if the May deal is accepted, Mr Coveney will not be looking to explore such possibilities in a hurry. He will have no need of alternatives. The EU will not compromise the power the Backstop gives it over the United Kingdom.

It is, however, important to mark well what Mr Coveney said for its admission that alternatives are possible. There may come a time when the United Kingdom will want to remind the EU that the Backstop was an insurance policy, and insurance is a matter of the utmost good faith. Mr Coveney’s Freudian slip suggests that a case for voiding the EU’s insurance policy for bad faith will be readily made out.